Two of Serie A's newly-promoted clubs go head-to-head on Tuesday evening as Venezia play host to Salernitana. The visitors sit bottom of the table with just 4pts to their name and nine games played, while Venezia sit four places above them on 8pts.

Here are our predictions for Venezia vs Salernitana.

While Salernitana have had the better of Venezia in recent seasons, winning five of the pair's last six league meetings, it's the home side that have adapted better to life back in the top flight and we're backing Venezia to win on Tuesday. Venezia won their last home game against Fiorentina 1-0, while Salernitana have lost each of their four away games so far this season.

We're expecting a tight, tense and low-scoring 90-minutes on Tuesday and have backed under 2.5 goals to be scored. Three of the last five meetings between Venezia and Salernitana have produced fewer than three goals and four of the host's and three of the visitor's last six outings in Serie A have also seen under 2.5 goals scored.

As we are going for a Venezia win and under 2.5 goals to be scored, our third prediction fits right is for BTTS – No. We don't believe that both teams will score on Tuesday as that has only been the case in two of the due's last five encounters in all competitions. Venezia kept a clean sheet in their last home game against Fiorentina, while both teams have scored in just three of Salernitana's last six matches.

Venezia the favourites as they host bottom of the table Salernitana

Venezia made the trip to Sassuolo on Saturday where despite taking the lead through Okereke in the 32nd-minute, the visitors ended up losing the game 3-1. Sassuolo came back strong a thoroughly deserved to win the game in the end and Venezia were left rueing another chance to pick up points on the road. With 8pts from their opening 9 league games, Venezia have made an average start to the season but at least they aren't sat rock bottom like Salernitana.

Salernitana played host to Empoli on Saturday afternoon where they fell behind after just 2-minutes. Empoli added a further two goals by the 13th-minute and went in 4-0 up at the break thanks to a penalty from Pinamonti right on the stroke of halftime. Ranieri pulled a goal back for the hosts early in the second forty-five and Ismajli put through his own goal to make it 4-2 but the hosts could claw their way back into the game despite a better performance in the second half.

Salernitana: the visitors could be without the services of Frederic Veseli, Luka Bogdan, Lassana Coulibaly, Leonardo Capezzi & Matteo Ruggeri.

Your Questions for Venezia vs Salernitana 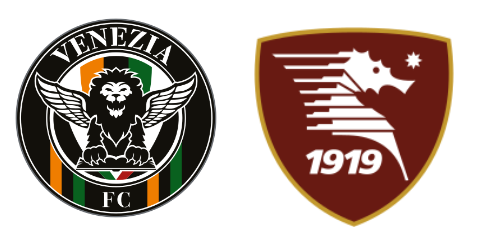