Roma are still in with a chance of claiming a top-6 finish this season but have made hard work for themselves after losing to Fiorentina last time out. Venezia are likely to be relegated from Serie A this weekend unless they claim all 3pts and the teams above them drop points.

Roma have won four of their last seven league meetings with Venezia and both teams have scored in four of the pair's last six encounters. The hosts aren't in the best of form but should still have more than enough in the tank to defeat a Venezia side that have lost five of their last six league games. Both teams have scored in three of Roma's and five of Venezia's last six outings in all competitions, which is why we're not backing either side to keep a clean sheet on Saturday night.

In terms of a final scoreline, we're backing Roma to claim a narrow 2-1 win over their relegation battling guests. Roma haven't been scoring many goals of late and have only kept two clean sheets in their last six attempts while Venezia have conceded in each of their last six matches and three of their last five losses have been via a scoreline of two goals to one.

Roma would have been expecting a tough test away at Fiorentina on Monday night but still would have fancied coming away with at least a share of the spoils. A penalty from Gonzalez put the home side 1-0 up after just 5-minutes and Bonaventura added a second in the 11th-minute to give Roma a mountain to climb. Mourinho's men failed to pull a goal back in the time remaining and appear to be pinning all their European hopes on the Conference League final.

Venezia and Bolognas played out an epic 7-goal thriller on Sunday, one which Venezia simply had to win to keep their survival hopes alive. Henry put the hosts in front after just 4-minutes and Kiyine made it 2-0 in the 19th-minute. Bologna got back into the game in first-half stoppage time to make it 2-1 and early in the second forty-five, the visitors got back onto level terms. Bologna got in front in the 68th-minute but Venezia responded really well and an Aramu penalty made the scoreline 3-3 with 12-minutes left on the clock. There always felt like there was going to be a winning goal in this game and Johnson got it for Venezia deep into stoppage-time.

Roma: Henrikh Mkhitaryan could remain sidelined for this weekend's clash with Venezia.

Venezia: Sergio Romero is the main injury concern for the visitors this weekend.

FAQ about Roma vs Venezia 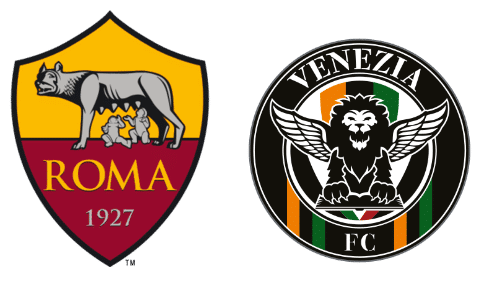