Napoli will be looking to keep the pressure on the league leaders Inter Milan with a win against struggling Venezia this weekend. The hosts sit one place above the relegation zone in Serie A but victory on Sunday could lift Venezia above Sampdoria.

Under 2.5 goals have been produced in four of the last five meetings between these two clubs, including their last encounter which ended in a 2-0 win for Napoli back in August. Fewer than three goals have also been scored in two of Venezia's last three outings and four of Napoli's last six outings in all competitions, so you can see why we're predicting a low-scoring 90-minutes this weekend.

Napoli claimed all 3pts and a clean sheet when these two sides met for their reverse league fixture back in August and we're backing the visitors to repeat that feat on Sunday. Venezia have lost four of their last five matches, failing to score in two of those defeats, while Napoli have won three of their last four matches and kept a clean sheet in their last away game against Bologna.

All you need to know ahead of Venezia vs Napoli

Venezia were away at the league leaders Inter Milan last time out and managed to take the lead through Henry in the 19th-minute. However, this proved to be a false dawn for the visitors as Inter Milan equalised before the break and secured all 3pts in the very last minute of the 90. That result left Venezia sitting one place and 1pt above the relegation zone, so another failure to secure a win this weekend could see the newly-promoted club slip into the bottom three.

Napoli took the lead in the 17th minute at home to bottom side Salernitana, thanks to defender Jesus. The visitors got back onto level terms in the 33rd-minute but in first-half stoppage time, Mertens converted a penalty and Napoli went back in front. The second half belong to the hosts who moved 3-1 in front through Rrahmani and then made it 4-1 via another spot-kick, which was taken by Insigne this time. Napoli are 4pts behind Inter Milan right now but the league leaders have a game in hand so really the visitors can't afford to drop any points this weekend.

Venezia: Vacca and Ebuehi are the only doubts for Venezia this weekend.

Napoli: Ospina, Anguissa and Koulibaly could all miss the trip to Venezia.

Venezia vs Napoli: Your Questions 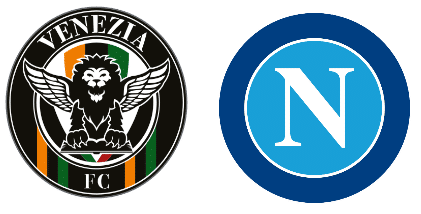