Venezia and Inter Milan meet at the Stadio Pierluigi Penzo in Serie A on Saturday. Inter are unbeaten in eight games ahead of their latest test this weekend. Read our expert predictions and find the latest odds for the game below in our match preview.

Inter can close to within a point of top spot in Serie A this weekend if results go their way. Find our top three predictions for the contest below.

Inter to Win and Both Teams to Score

With five wins in their last six matches in all competitions, Inter have hit a rich vein of form both domestically and on the continent and the defending Serie A champions should have too much in their locker for an inconsistent Venezia outfit. There could be a consolation on offer for the hosts, however. The Nerazzurri have kept just one clean sheet in seven away league assignments this term and with that less than inspiring record a factor, we recommend combining an Inter win with both teams to score this weekend.

Inter’s frustrating habit of conceding on the road has forced them to crank up the intensity of their attacking play to compensate and many of their away matches have been entertaining affairs as a result. Indeed, five of their seven away tests this term produced over 2.5 goals and we expect the same market to be profitable again on Saturday. Venezia beat Roma 3-2 in their last home games and their performance that day suggested they can make life awkward for Inter at the Stadio Pierluigi Penzo.

Venezia to Get More Cards

Paolo Zanetti’s hard-hitting Venezia have been the dirtiest team in Serie A this season, amassing a whopping 42 yellow cards and one red during their ill-disciplined campaign. Their aggressive style of play should ensure that the tackles are flying again when they host Inter and it could be worth backing the hosts to collect more cards than their visitors again.

Defender Michael Svoboda and midfielder Luca Fiordilino are both likely to be absent for Venezia this weekend, with the injured pair not expected back until next month. Venezia followed their shock 3-2 triumph over Jose Mourinho's Roma before the international break with a useful 1-0 triumph at Bologna shortly after the hiatus, and their back-to-back victories fired them out of the relegation zone and up to 14th.

Dutch centre-half Stefan de Vrij wasn't fit enough to feature for Inter in the Champions League in midweek and the Oranje international could be absent again on Saturday. Alexis Sanchez's hamstring injury is expected to keep him out until next month. Inter qualified from their Champions League group on Wednesday evening with a comfortable 2-0 win at home to Shakhtar Donestsk. Veteran striker Edin Dzeko notched both goals. 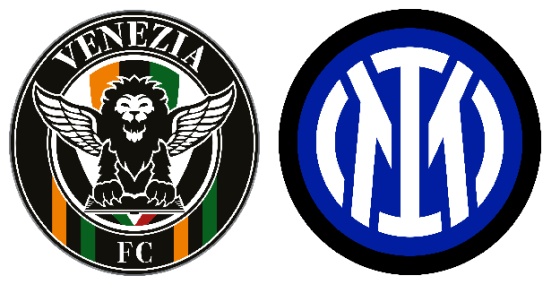 The bookmakers have priced Inter as their favourites to win this weekend.

Who is Inter's leading scorer this season?

Edin Dzeko is Inter’s leading scorer in Serie A with seven goals.