Venezia are just one game away from sealing a return to the Italian Serie A after more than two decades. The team has a 1-0 lead over Cittadella from the first leg. After finishing two points ahead of Cittadella in the regular season table, Venezia have every reason to believe that they would be able to complete the job in this match at the Stadio Pierluigi Penzo.

Francesco Di Mariano scored the only goal of the game as Venezia beat Cittadella at the Stadio Pier Cesare Tombolato in the first leg. The visitors were able to dominate the game in many statistics apart from possession. Paolo Zanetti’s men need to make the choice of playing on the counter or dominating from the word go. The best tips for this match would be:

The two teams were evenly matched in the first leg. Venezia were able to get the narrowest of advantages to carry over to the second leg, which will be in front of their own fans. This can induce some nervousness to the home team, who do know that even a draw will get them through to the Italian Serie A. Venezia have been quite strong in home matches throughout the campaign while Cittadella are quite poor on the road. Yet, the desire to get back into the tie could result in the two teams producing a stalemate.

The two teams had very little to separate in the first leg. It has been the story of recent meetings between these two clubs. The winning margin has never been by more than one goal in the last six head-to-head matchups. This time around, the match has a lot at stake and both teams could produce a low scoring match.

Cittadella need to find a way back into the tie and this is only possible by scoring. Even though the team do not have a great away record, Cittadella should be able to capitalise on any nervousness within the Venezia ranks.

Venezia will be eagerly awaiting the chance to come back to the Italian Serie A. The team has not been seen in the top flight since their relegation in 2002. In the last two decades, Venezia have even dropped out of the professional league system before experiencing an ascendancy since 2015. Venezia have enough knowledge of promotion after having experienced the same on three occasions in the last six years.

After five seasons in the Italian Serie B, Cittadella are gearing up for promotion but they have a difficult task of securing an away victory to keep their chances alive. Cittadella are aiming to get into the Italian Serie A for the first time. Manager Roberto Venturato has been successfully able to get the team from the Lega Pro to the situation. They would not be keen on throwing away this tie owing to the one-goal deficit.

Top Betting Odds and Stats for Venezia vs Cittadella

Questions about Venezia vs Cittadella 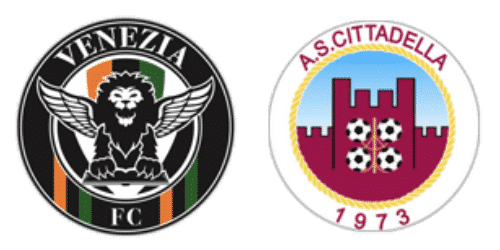 Where is the match scheduled? – Stadio Pierluigi Penzo

Which team is the favourite to win? – Venezia