With two games left to play it is do or die time for bottom club Union La Calera. It will be a big ask for them to overcome Velez though given they could, depending on the other group match, go through to the next round with a game to spend. Who will win? Find out with our Velez vs Union La Calera match preview with free tips, predictions and odds mentioned along the way.

A Velez victory and a couple of goals

We could sit here and make the prediction that Velez will win; that is what we think will happen after all. The odds for that as a standalone bet don't really whet our appetite though so we wanted to throw out the over 1.5 goal combo too. It's not just a case of picking bets at random though. Velez have won four of their last five matches with three of those victories seeing at least two goals go in. Union La Calera have only managed a single win in their last five games with one draw and three losses. All of those losses have been over 1.5 goals.

A quick glance at the form book will explain why we're making the prediction that the goals could be flying in as Velez and Union La Calera go at it. Velez have banged in 11 goals across their last five matches along with conceding two; that's an average of 2.6. Union La Calera have an even higher average in recent weeks; four of their last five have gone beyond the 2.5 mark with a total of 17 goals being seen. That's 3.4 per match!

An easy game for Velez

Is it insulting to suggest that Valez should win this game at a canter? Possibly. It is fair though. For starters, Velez won the last match between these two 2-0. That was when they were away from home too. Union La Calera came into that match off the back of a win too, which meant they were in a good place. That's not the case now. They've conceded 12 goals in their last five across all competitions whilst they've shipped 10 in four Copa Libertadores matches. Velez have scored 11 in their last five. It spells goals and a lot of them might be going in Union La Calera's net.

Union La Calera are facing the very real prospect of crashing out of the Copa Libertadores and, perhaps more importantly, the idea of them finishing third is looking unlikely too as they cannot string any sort of form together. Things couldn't be much different for Velez; they're unbeaten in five having won four and another win now will make it three on the spin in the Copa Libertadores. That would see them through. 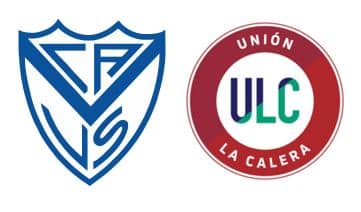