One of the closest matchups in the Top 16 round of Copa Libertadores is the Velez vs Barcelona duel. If you wish to learn more about it, check our detailed preview of this game.

Our top free betting predictions and tips for Velez vs Barcelona

This game is hard to predict, so we've prepared a few of our favourite betting tips for Velez vs Barcelona:

Velez and Barcelona to Draw

While we would usually give the advantage to Velez since they are a team with stronger tradition and they play in a more competitive league, our prediction for this match is a draw. First of all, Barcelona was better in the group stages and finished on top of their group, ahead of Boca Juniors. Secondly, Velez hasn't played in any competitive games for more than a month, so they might be a bit rusty. However, they are the home team, so a draw sounds like a reasonable outcome.

Velez and Barcelona to Draw at Half Time

Since we are hoping for a draw at the end of the game, we also expect the teams to be equal at half time, as is often the case in these types of matches. Other than our gut feeling, we don't have much to rely on when this prediction is in question. That being said, Barcelona did draw at half time in five of their six matches in the group stages, while the same thing happened in three of the six games played by Velez.

Both teams have scored in just 17% of games played by Barcelona in the Copa Libertadores group stages. However, both teams have scored in 67% of Velez games in the group phase, so this is a bit of a toss up. However, it is the first-leg of the Top 16 phase and these matches are often played cautiously and without much risk by both teams, which is why we don't expect to see goals in both nets in this duel.

Top odds and important stats for Velez vs Barcelona

If you want to bet on the top Velez vs Barcelona odds, check our selection of odds from various UK bookies:

Velez vs Barcelona preview: A close matchup in the Top 16 round

The Argentine team is waiting on the new season of their domestic Primera Division to start, which is why they didn't play in any competitive matches in over a month. Their last competitive match was in group stages of Copa Libertadores, which Velez finished in the second place, behind Flamengo. Before that, Velez had a surprising and disappointing duel with Racing Club in the quarter-final of the Copa de la Liga Profesional. Velez was eliminated after penalties, despite getting into the knockout stage from the first place in their group.

The Ecuadorian Barcelona is one of the most popular clubs in South America, but they are still waiting for their first Copa Libertadores title after playing in a couple of finals before. In any case, Barcelona is currently second in the Ecuadorian league with 28 points from 14 matches. They also finished at the top of their Copa Libertadores group to reach this stage, but the team has only one win in their last four matches in all competitions.

The most common questions for Velez vs Barcelona 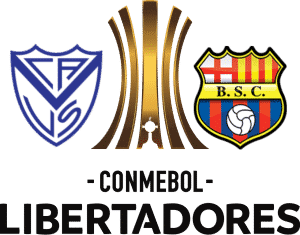