He started all five of Uruguay’s matches on their way to the the World Cup quarter-finals, Matías Vecino may find himself moving to the Premier League very soon.

Vecino is a midfielder for Inter Milan and is currently a Chelsea transfer target, but Tottenham and Everton have also kept a close eye on the midfielder, as have Premier League new boys Wolverhampton Wanderers.

Here, Football Whispers takes a closer look at the 26-year-old as Premier League clubs step up their interest in the South American star.

Who is Matías Vecino?

Born in the small town of Canelones, Vecino came through the ranks at Central Español, a Uruguayan second division side, before moving up a league to Nacional.

It was in 2013 Vecino moved to Europe to join Serie A side Fiorentina for £2million on a four-year deal, though the move was delayed until August 2013.

Included in coach Vincenzo Montella's Europa League squad he found minutes hard to come by and played just a handful of few games for La Viola before being loaned out to Cagliari with the option of a permanent switch. 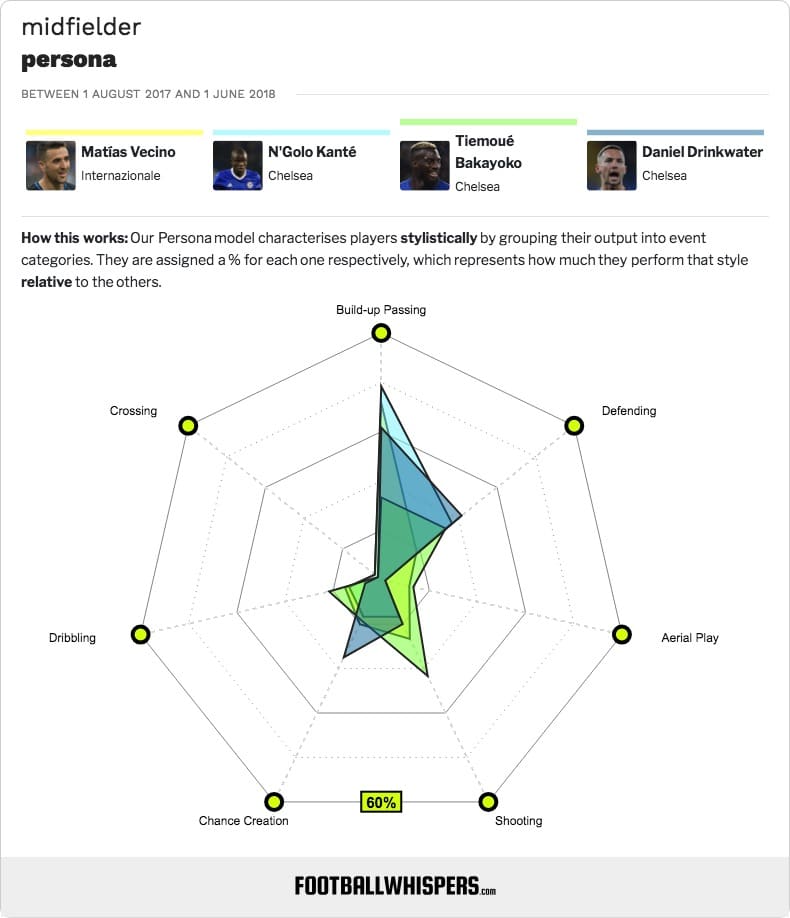 Ahead of the 2014/15 season he was loaned out once more, this time to Empoli. The move kickstarted Vecino's career in Europe and he return to Fiorentina to establish himself as a key man, inking a new five-year contract in 2016.

Vecino continued his rise with another 40 games in all competitions, before Inter Milan came calling last year, bagging him in a £21.6million deal.

He scored three goals in 31 games in all competitions for the Nerazzurri – and now a number of Premier League clubs are keen on the 26-year-old after a single season at San Siro. 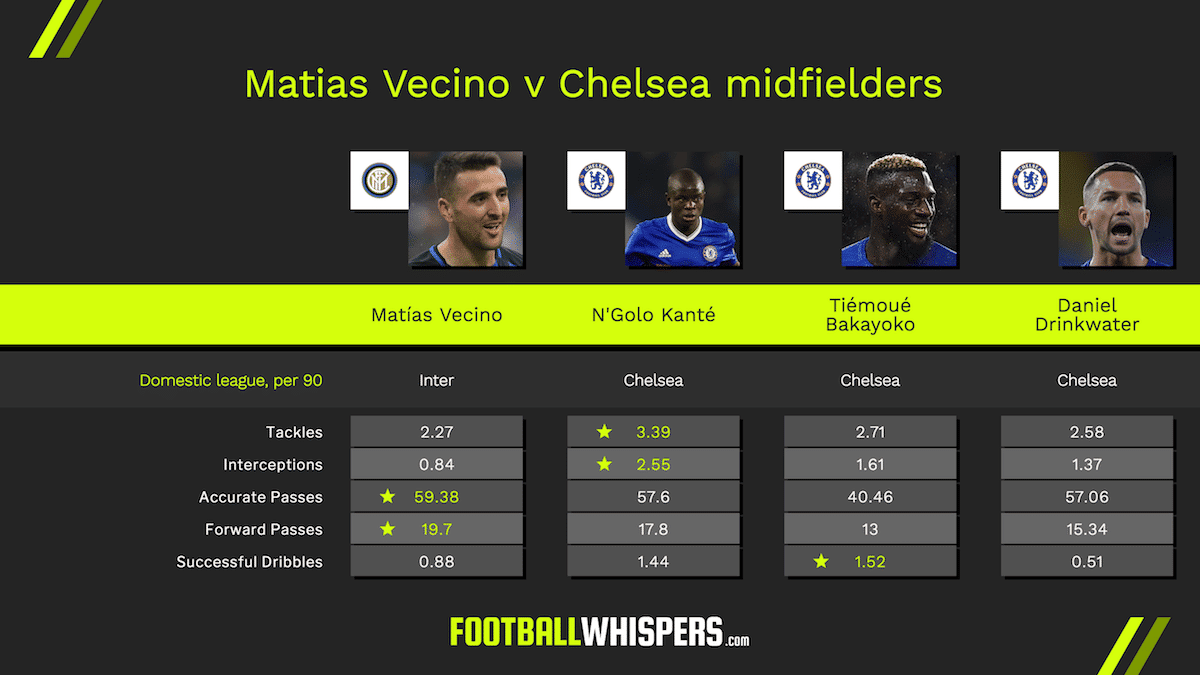 How much would Vecino cost?

Despite costing Inter nearly £22million a year ago, the Nerazzurri will expect to make a handsome profit on Vecino, especially as his suitors are cash-rich Premier League clubs.

And after helping La Celeste to the quarter-finals of the World Cup, his price tag will have risen. However, at anything up to £30million would be considered the going rate for an English club and Inter will look to capitalise on that.

Who should Vecino join this summer?

Chelsea are, arguably, the side in most desperate need of a midfield overhaul.

Tiémoué Bakayoko flattered to deceive last season following his €45million switch from Monaco while Danny Drinkwater and Ross Barkley were peripheral figures after joining from Leicester City and Everton respectively.

All of which left N'Golo Kanté and Cesc Fàbregas to do much of the work in the Blues' midfield. And while Kanté is accustomed to doing the running of more than one, the diminutive Frenchman could do with some help, which could open up a gap for Vecino.

Meanwhile, in North London, Tottenham look to soon have a vacancy with Mousa Dembélé expected to leave the club for China or – ironically – Inter Milan this summer.

The Belgian international missed chunks of last season with a fitness problems and Spurs boss Mauricio Pochettino appears to have moved on without the 30-year-old.

If the two London rivals meet Inter's asking price it should be a straight choice for the Uruguayan midfielder.

But Wolves should not be ruled out. The newly promoted side stunned the world by signing one-time

They have the means to secure a deal and a little more bite would not go amiss for Wolves.