Fourth from bottom Varnamo play host to third from bottom GIF Sundsvall in the Allsvenskan on Monday night and we're expecting a tight and tense 90-minutes between the two struggling clubs. The home advantage could make all the difference in this game and the bookmakers fancy Varnamo to secure all 3pts.

We can see Varnamo keeping a clean sheet on their way to victory this weekend so our second tip is for Both Teams to Score – No. One r both teams have kept a clean sheet in three of the last six meetings between these two clubs, while only two of the host's and three of the visitor's last six competitive and non-competitive outings have witnessed both teams scoring, which only adds further weight to our prediction.

Varnamo vs GIF Sundsvall: The Latest Stats and Markets

A win would be huge for either of these struggling clubs

Varnamo made the trip to Varberg at the weekend, though, many of their supporters would suggest that their side never turned up. Alfonsi put the home side 1-0 up after 27-minutes and early in the second half, Simovic made it 2-0. Eliton Junior made it 3-0 4-minutes from time, condemning Varnamo to another away defeat.

Sundsvall needed to make the most of their home advantage against a strong Malmo side last time out but slipped behind in the 7th-minute to a goal from Pena. However, the home side responded really well and were back on level terms in the 14th-minute following a strike from Damus. Before the break, Sundsvall got themselves in front via a 31st-minute goal from Stensson and managed to hold off an onslaught of attacks from Malmo in the second half to secure a much-needed 3pts.

Varnamo: there are no new injury concerns or suspensions for the hosts to worry about.

GIF Sundsvall: the visitors have a clean bill of health ahead of their trip to fellow strugglers Varnamo. 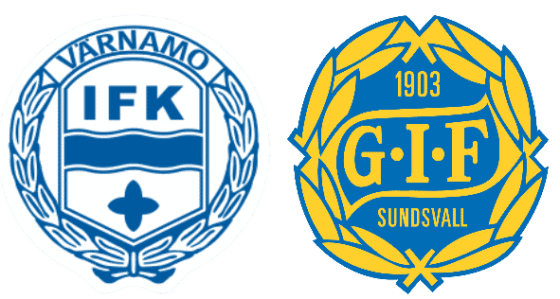