Talk of Atlético Madrid making a move for the Leicester City striker shouldn’t really come as a surprise, after all he’s someone Diego Simeone has singled out for praise before.

“I like Jamie Vardy, I really rate him as striker,” said Simeone, in a press conference ahead of the Champions League quarter-final first leg with the Foxes in April of last year. “He is the kind of powerful striker Atlético have had. He also gives the team a lot of depth and makes life really difficult for defenders to get ball out.”

Indeed, Vardy does boast several characteristics of strikers that Atleti’s used down the years, pre and under Simeone. The tenacity, intensity and speed on the field that Atleti look for in strikers is running through Vardy’s game. The movement of England striker, too, smacks of someone Atleti’s used to terrorise defences.

Despite all of this, however, it doesn’t mean that Vardy to Atleti is a no-brainer. If anything, it’s actually a no-go.

Simeone’s comments were at a time when Atleti were in between strikers, and Diego Costa hadn’t returned to the club. The idea of the Madrid side now going for Vardy when they already have Costa makes little sense.

They both play in a similar, powerful, direct fashion and occupy many of the same spaces. The two would need to co-exist, but neither is a striker that drops off and creates. It’s what has made Costa’s relationship with Antoine Griezmann so successful, as they are both able to balance duties, with the Frenchman particularly open to dropping off and initiating play from midfield. 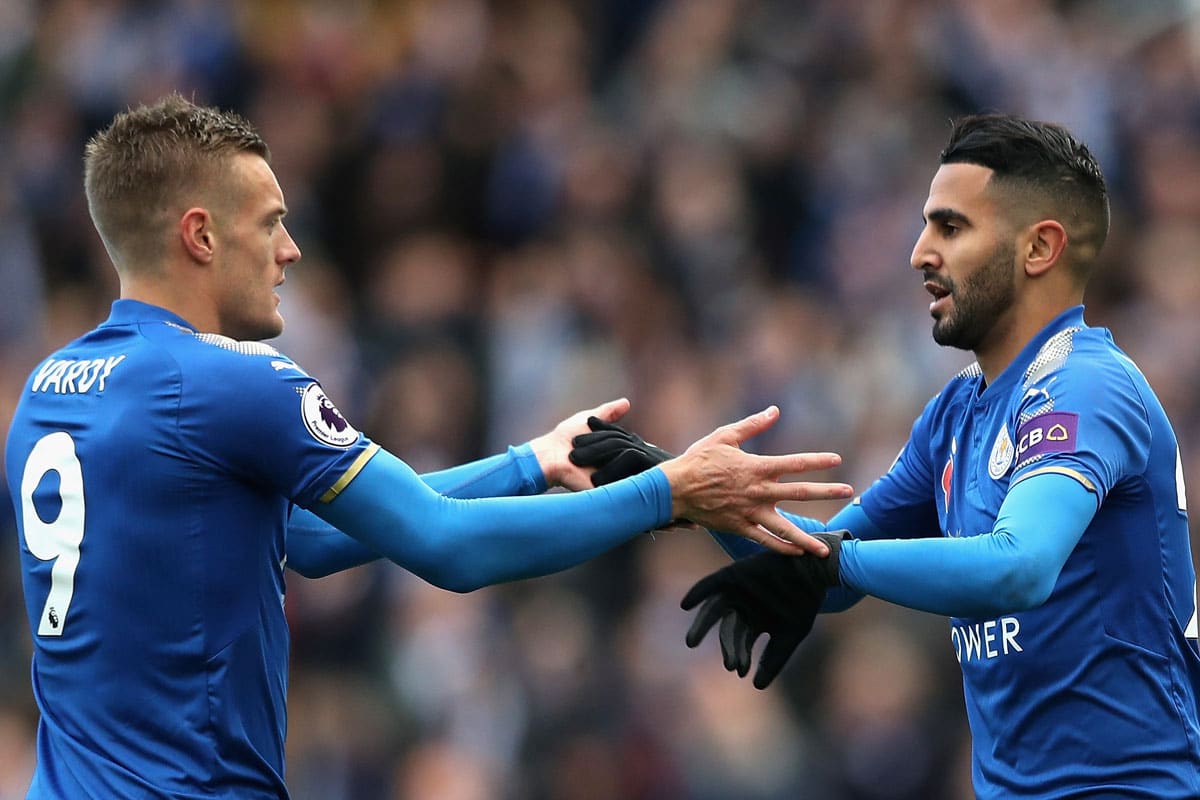 Vardy, while being excellent as an out-and-out attacker, isn’t able to do such a thing. His success at Leicester, or at least the period when he was most successful, has been helped by the presence of Riyad Mahrez. The Algerian actually works in a similar manner to Griezmann, albeit from more wide areas.

These sorts of tandems often work due to the relationship on the field between the two, in terms of acknowledging where the other will be and when to release the ball into them.

Against Atleti in their Champions League tie, Leicester were ultimately bounced out of the competition, with Vardy particularly poor in the second leg. He failed to complete a single pass, and it would be a concern how much he could contribute at the Wanda Metropolitano if not on the counter-attack.

Atleti see a lot of the ball these days and are not the counter-attacking team many have them pinned down as. They work the ball well in the final third, with intricate interplay at times, and against deep-block teams it's difficult to see the benefit of Vardy's pace.

In terms of pure goalscoring, Vardy of course can’t be knocked. His 20-goal return this season is only bettered by his 24 in the season Leicester shocked the world and claimed the Premier League title. The 31-year-old has outperformed his expected goals (xG), while also improving his post-shot xG, goals-to-xG ratio, xG per shot and shot placement ratio (post-shot xG/xG) upon last year.

That xG of 0.34 per 90 being bettered at 0.56 per 90 is particularly impressive, especially given Vardy’s circumstances that Leicester have been in mid-table for much of the season and that he’s taken less shots to reach a similar amount of goals.

Atleti do already have that pure goalscorer in Costa however, and, if anything, these links to Vardy have come a year too late. Before then, they might’ve added up. Something is simply missing this time.

Costa only joined Atleti halfway through the season, undergoing something of a mini pre-season upon arriving, before being allowed to play in January. This summer he will undergo a normal pre-season with his team-mates and is likely to be leaner and sharper.

You must also throw in Atleti’s transfer model too. Often they target younger players, then if not, it’s players who have adapted to La Liga and are already up to speed in some way. They do have a penchant for engineering returns for former stars, too, with Costa and Filipe Luis two examples of this.

Vardy, at 31 years old, would represent a risk. Simeone’s notoriously slow when it comes to bedding players into the first team, such are the demands he places upon them. If the England striker was 24 or 25, then it would’ve been a more clear-cut, sensible move. But Atleti have little to gain bringing in an ageing striker who will soon decline and lose his main attribute: pace.

Financially Atleti won’t see much benefit, and the move represents a risk. Leicester are in a position in which they don’t have to sell – just look at their digging-in over Mahrez – and Spaniards won’t pay huge amounts for a player, either. Any money from a potential Griezmann sale will be reinvested across the team, largely to revitalise the midfield and wide areas.

Vardy himself, meanwhile, probably had his best chance to leave when Arsenal came calling after winning the Premier League with the Foxes. In the end, he decided to stay, a decision he appears to have no regrets over.

There’s no doubt the idea of Vardy, going from his background in non-league, only to rock up at Atleti, would be some story. While football may well be full of fairytales, this isn’t one of them.

For now, the party will, and should, stay in Leicester.