This preview looks ahead to the Allsvenskan meeting between Varberg and Kalmar at the Varberg Energi Arena in Varberg. The two teams are separated by nine places in the Allsvenskan table.

Varberg were at the end of a surprise 3-1 defeat against strugglers Hacken in the last Swedish Allsvenskan game. This was the second defeat in three matches for Joakim Persson’s men. Kalmar continued their impressive progress by coming back to winning ways with a 2-1 success over Hammarby. The best tips for this encounter would be:

Kalmar have been in great shape in the current Allsvenskan season. This comes as a major surprise after having narrowly escaped the drop in the previous season. After a string of few results threatened to dislodge the excellent work done in the early part, the win over Hammarby came at an excellent time. Varberg are low on confidence after the defeat to Hacken and this happens to be the third loss in four matches for Persson’s men. Even though Varberg have never lost to Kalmar, this statistic might just change in this game.

It is easy to identify that the struggles for Varberg has been in defence. The team has shipped goals in each of their last seven league encounters. Furthermore, the 17 goals conceded by Varberg in the eight matches this season places them as the worst defence in the division. They are up against Kalmar, who have not been prolific going forward but they could just make the most of the opposition’s weaknesses.

Kalmar are up against the worst defence in the Allsvenskan this season. Despite fighting near the top three places, Kalmar do not have a great defensive record with just one clean sheet in the last five matches. Since both teams have been struggling for shutouts, this game is a good pick for witnessing goals.

Varberg slipped into the bottom three with further concerns of being overtaken by the likes of Hacken. The loss against the league’s bottom club might demoralise the team in several ways. Persson has a tough job on his hands to arrest the slide and the first area to address would be the defence, which has been quite poor.

Kalmar have been a sensational story in the Allsvenskan so far. After having narrowly escaped a drop, the team has been motivated and rejuvenated to push for a great start and they have so far been able to maintain their position in the top half with relative ease. Even though results have dropped off in recent matches, the team still remains in a good position.

Questions about Varberg vs Kalmar 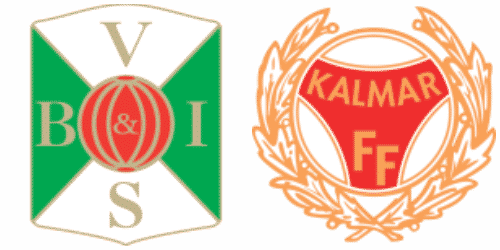 Where is the match scheduled? Varberg Energi Arena in Varberg

Which team is the favourite to win? Kalmar