On Tuesday night, France and the Ivory Coast played out a pretty uneventful goalless draw. However, for two specific defenders it would have been a very special night, one of those occasions that gives perspective on how far you have come.

Playing at the Stade Félix Bollaert-Delelis, Real Madrid’s Raphael Varane and Paris Saint-Germain’s Serge Aurier stepped onto the pitch they used to call home. For the latter, it was his first game back since he played 17 minutes as a sub in a 2-1 win over Clermont in Ligue 2. Varane hadn’t played at Lens since May 2011, and that will be a day that the then 18-year-old won’t want to remember in a hurry.

Varane & Aurier, at RC Lens, not too long ago. pic.twitter.com/S1egTnugsT

Sadly, Lens fate had already been sealed, but losing 4-0 at home to AS Nancy was not how he would have wanted to bow out. With three games to go, somehow, despite Arles-Avignon having only won two out of their previous 36 league games, Lens would lose to the side already relegated and the southerners would drag Les Sang et Or down with them.

In what was a bizarre season in Ligue 1, Lens had to endure watching their bitter rivals and neighbours Lille lift their first league title in 57 years, and then AS Monaco became the third team to drop down to Ligue 2. It seemed unthinkable, a team with Raphael Varane and Serge Aurier in defence would concede 58 goals in 38 games.

To confound that shock, they also had Henri Bedimo at left-back, he left that summer for Montpellier HSC and helped them win their first ever league crown. The back four was finished off by Alaeddine Yahia, a veteran of the French leagues and a centre-back who still plays in Ligue 1 for SM Caen. It’s almost unbelievable.

Both players are now deemed as two of the best and most promising in their position. Only this season has Varane managed to secure a starting spot in Zinedine Zidane’s back four, but for Didier Deschamps, the 23-year-old is one of the first names in the team-sheet. However, it’s perhaps no surprise that the defender has won his way into the team with the Frenchman in charge.

Raphaël Varane on return to Lens: “It's a homecoming. I played here from the age of nine to 18. It gives me great joy to come back here.” ? pic.twitter.com/EA056NxyhG — UEFA EURO (@UEFAEURO) 15 November 2016

“Zidane called me and I asked him to call me back because I was studying for my baccalaureate,” revealed the centre-back when asked by Le Journal du Dimanche about his move to Madrid. “It's my relaxed nature that made me react like that. You have to be care-free to deal with so many things at such a young age.”

Varane, born in Lille, had already finished his campaign before Zizou made the ball, but despite his calm demeanour on the phone, it’s hard not to get carried away once the World Cup winner makes his intentions known.

“To be honest, after that call, my mind was elsewhere; it was hard to focus on revising! It was the craziest period of my life: I was getting ready for the baccalaureate, the phone was ringing off the hook, I visited the Real facilities, I met Alex Ferguson… Just imagine, I was doing exams and signing autographs for other students. It was surreal. I'm really proud of having passed.”

Still a teenager, Varane had made his debut for Lens at just 17 years old, starting in the Week 12, 2-0 win over Montpellier. Such an exciting prospect, he ended the season as the club’s on-field captain. Despite his obvious ability and growing list of admirers, it wasn’t enough to safe their top flight status. 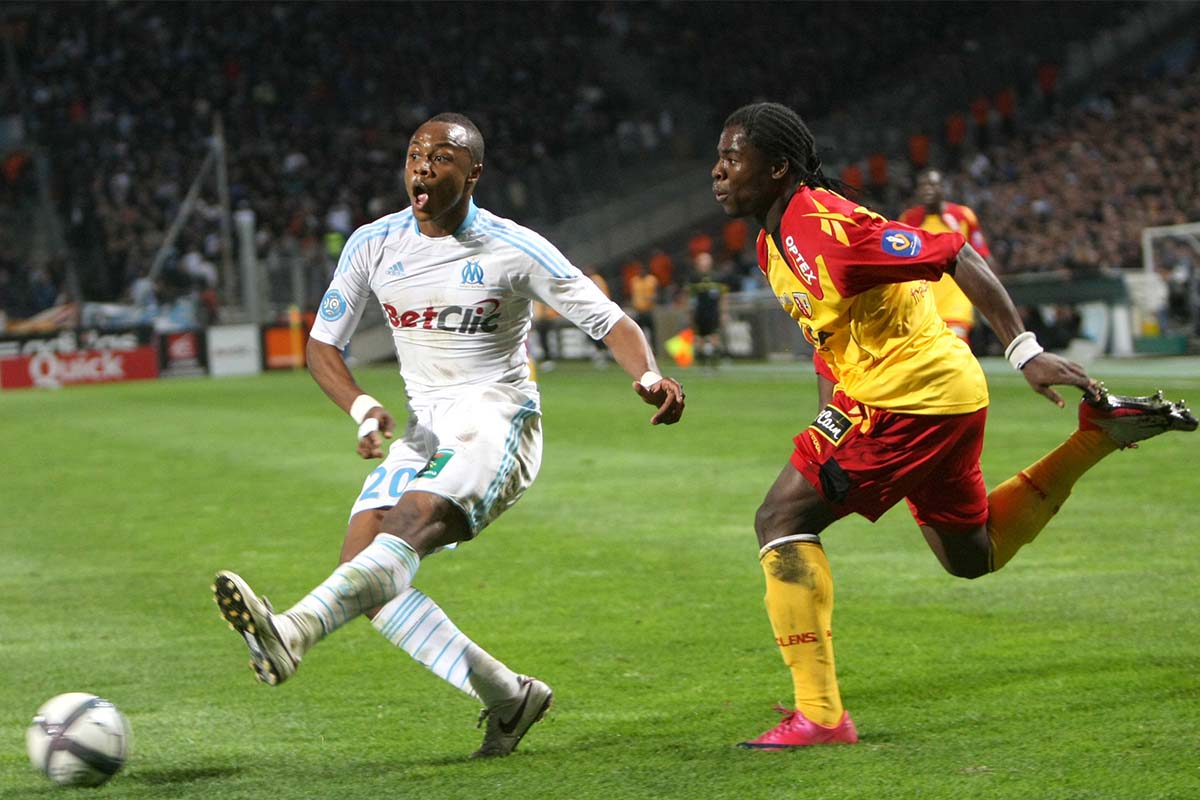 Aurier himself wasn’t much older. The right-back made his debut in 2009, two days before his 17th birthday in a 1-0 win over Saint-Etienne at home. He made five starts that terms, but was a regular with 27 in the season they suffered through the relegation battle.

Lens full-back Serge Aurier – a recent target for English clubs including Fulham – has signed for Toulouse.

Too good to play in Ligue 2, Varane would move to the Spanish capital and Aurier signed for Toulouse, staying in France. It was at Le Téfécé where he grow into own of Europe’s most exciting defenders.

Playing either as a wing-back in their 3-5-2, or as a right centre-back, he was sensational, in his most productive season Aurier looked almost unstoppable as he scored six times and added another six assists. That was enough to trigger a move to Paris Saint-Germain.

Initially on loan, he struggled to fully find his feet and make his mark. The Ivorian, who had been linked with a move to Arsenal during the 2014 World Cup, played back-up to Dutchman Gregory van der Wiel, especially in the UEFA Champions League. He did do enough to secure a permanent move though, PSG paid €10 million to Toulouse and it looked like it could be one of the bargains of the century as he began to settle and show what all of France knew he was capable of doing.

Not just a weapon going forward, although still a little reckless in the challenge, he has the fitness and the desire to get back and protect his goal. His performances during the early part of the 2015/16 campaign increased his reputation as not just a promising full-back, but one of Europe’s best. Then disaster and scandal struck.

An appearance on Periscope from the Ivorian defender would leave him suspended by the club – not a good idea to call your boss names and slag off your teammates. Once that was dealt with and the player suspended, he was then involved in an altercation with Parisian police, for which he was handed a deferred jail sentence. That has tarnished his reputation off the field, but under new boss Unai Emery, the PSG defender has continued to impress off it.

“If you were to put him tomorrow in Arsenal’s, Chelsea’s or Manchester United’s team, he would start,’ the former Ivory Coast boss, Sabri Lamouchi, told L’Equipe. “An explosive, powerful and quick full-back is exceptional, there aren’t many on the market. He’s not at his best yet, either.”

Arsenal fans would straight away mention how good Hector Bellerin has been at the Emirates, and Antonio Conte has found a great option in his 3-4-3 with Victor Moses, but there’s little doubt that in Manchester United, or even rivals, City, Aurier would walk straight in to the XI.

Reminder for those who might be unaware: Kondogbia was in the same Lens youth sides as Raphael Varane. Ponder that for a bit. — Bobeto (@_bobeto_) 25 February 2015

Lens did make their return to Ligue 1, before dropping back down to the second division in 2015. They have a reputation for producing excellent young prospects, with Wylan Cyprien at Nice, Geoffrey Kondogbia and Borussia Monchengladbach’s Thorgan Hazard all coming through the system, but it may be a very long time before the Stade Félix Bollaert-Delelis, witnesses two defenders as exciting as Aurier and Varane.