All eyes were on Virgil van Dijk as he made his first start of the season for Southampton this weekend in a 2-1 defeat at Stoke City.

It’s been hard to avoid the transfer saga surrounding the Dutch defender, with the Liverpool transfer target being ostracised from the first team after handing in a transfer request and trying to force a move to Anfield.

Southampton refused to budge, and insisted throughout the transfer window they were not going to sell, and proved those who expected them to give in wrong.

It may be a long time until van Dijk retakes the captain’s armband, but his first appearance for Saints this season underlines that there is a real possibility of a future for him at St Mary’s Stadium.

So how did he do?

To cut the long story short, he wasn’t the dominating van Dijk of last season, but he hadn’t played since January after a long-term injury.

Giving away a penalty wasn’t ideal, but it was a lot to expect for someone who hasn’t played for eight months to look back to their best already.

Yet, despite that it wasn’t all bad, with the 26-year-old showing glimpses of his old self with some good one-versus-one defending and a handful of exquisite long passes – although there were a few which were a bit wayward too.

On a statistical note, his two appearances this season – he also had a brief cameo off the bench against Crystal Palace – show why he is likely to keep Wesley Hoedt out of the left-side of Southampton’s defence should he stay fit.

We have compared the two of them based on their league statistics from this season. 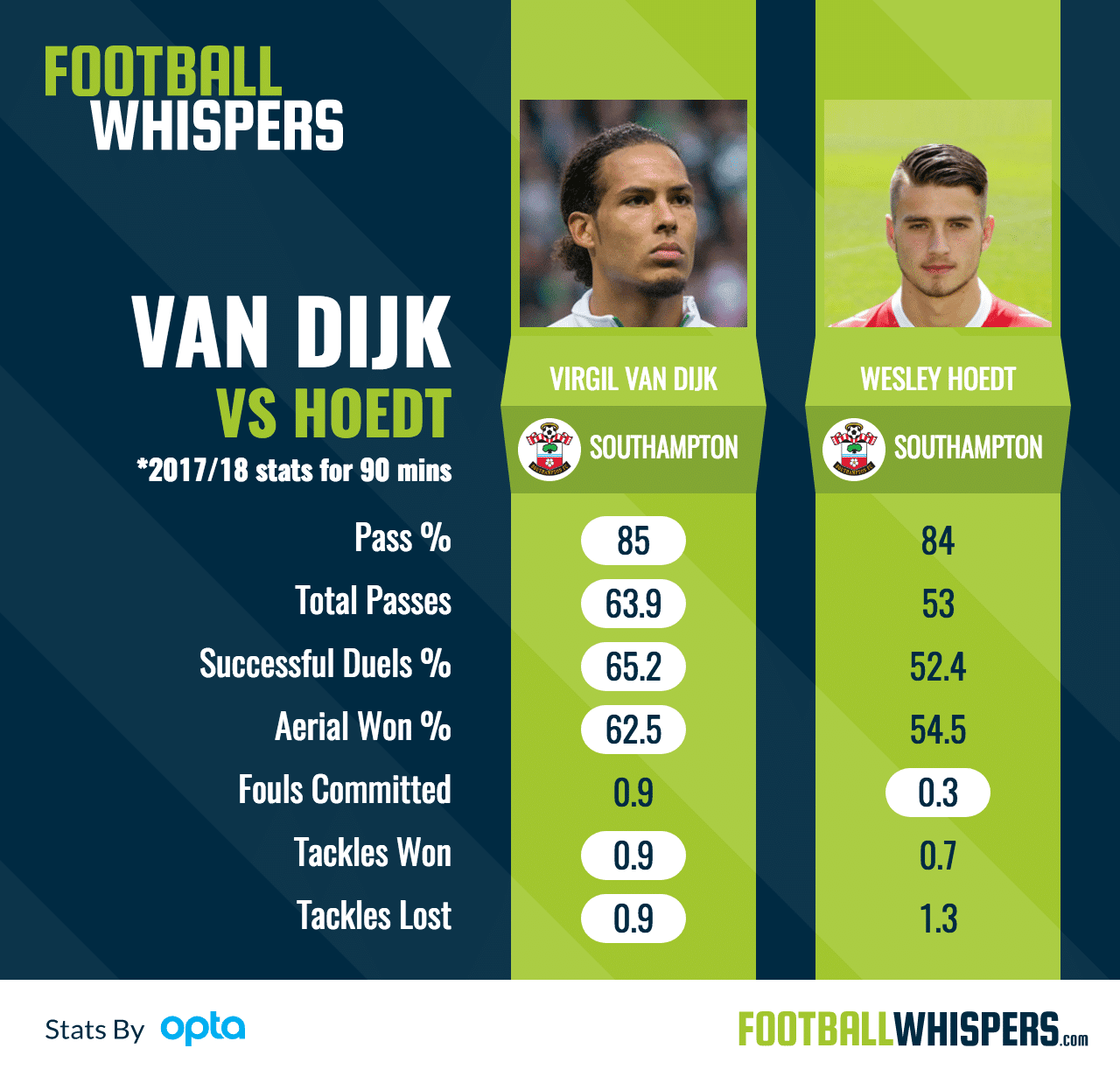 Van Dijk’s pass completion is slightly higher at 85 per cent to 84 per cent, but per 90 minutes he attempts more – averaging 63.9 to his compatriot's 53.

It’s early days and van Dijk will still have to prove that he can perform at the level that saw Saints demanding £70million for him. But despite a major error in giving away the penalty, the Dutchman looks like he could be successfully reintegrated back into the team.

That will be a massive boost for Mauricio Pellegrino and if the centre-back can find the form he had last year he will prove why he is regarded as one of the league’s best in his position.