It's a story that is changing on a daily basis. At the start of the week Southampton defender Virgil van Dijk was supposedly closing in on a switch to Liverpool. By the end of it, the Dutch centre-back reportedly has decided to join Chelsea.

Clearly no deal is done yet. One thing is certain though, van Dijk is a man in demand. And understandably so. The 25-year-old has blossomed into one of the Premier League's finest defenders over the course of the last two seasons.

Such is his quality, not even an ankle injury the Netherlands international sustained in January, which has kept him out for the remainder of the season, has put off potential suitors.

But if Chelsea are able to get a deal done for van Dijk it would be a fine signing, but one that would create a problem.

Chelsea are set to beat out Manchester City for Virgil Van Dijk’s signature, according to @DeanJonesBR: https://t.co/SJRBNB2Hs4 pic.twitter.com/Ot5EHjJ7hK

Antonio Conte's side are likely to win the Premier League title this season, largely down to the Italian's switch to a 3-4-3 system.

It's brought out the best in several of the Blues players, including their defenders.

César Azpilicueta has slotted in seamlessly on the right of the back three, David Luiz finally looks a solid defender in the centre and Gary Cahill has been steady on the left whilst scoring vital goals in big games.

Deciding who van Dijk replaces out of that defensive three isn't easy. But Chelsea won't be signing a £50million centre-back to warm the bench. So who is most under threat?

Despite captaining the side in John Terry's absence for much of the season, you immediately think Cahill is most likely to make way.

At 31, the England international is the oldest of the Chelsea centre-backs. He is also the least mobile which has been exposed at times over the course of the campaign.

Cahill is also the least comfortable in possession despite having the highest pass success rate (88.3 per cent) out of the Blues' back three. It's a stat that is slightly misleading as he often plays safer passes, rightly leaving Luiz to hit the speculative early long pass forward for Diego Costa. 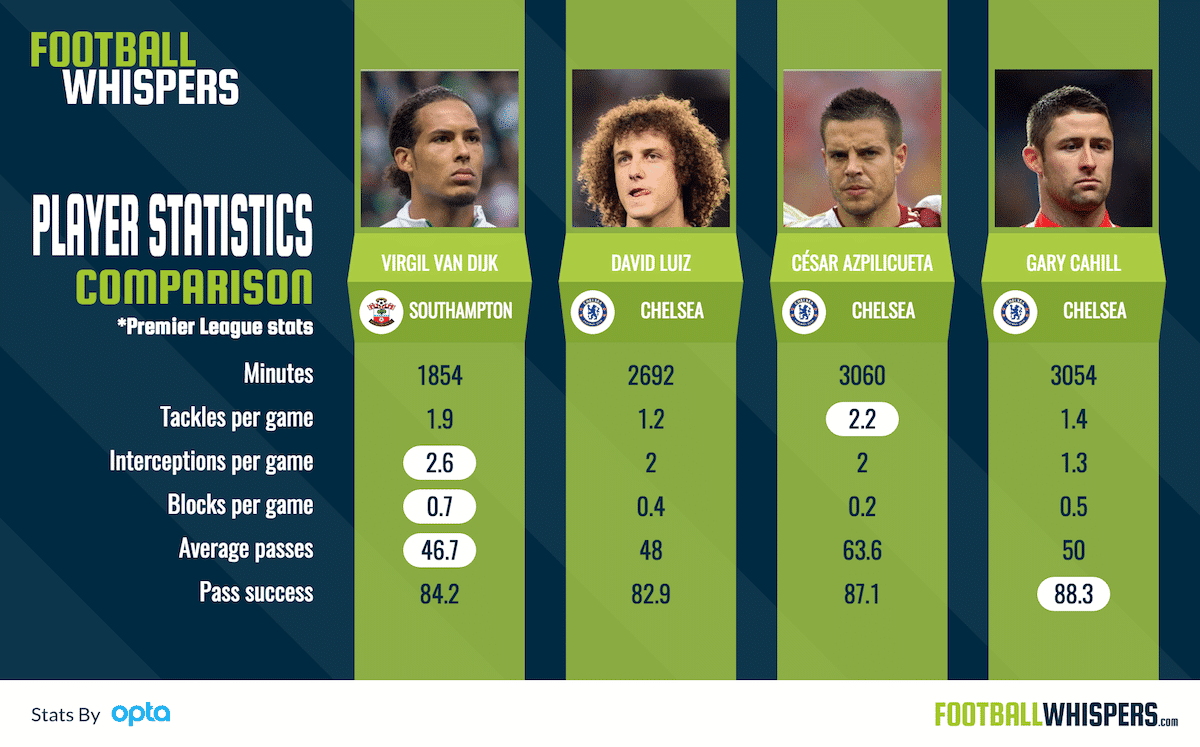 But taking Cahill out of the Blues side would limit their threat at set-pieces. He has scored eight times this season in all competitions, with important goals coming against Stoke City, Southampton and Everton.

Luiz has a solitary strike to his name, and that was from a free-kick, while Azpilicueta's only goal was a sweetly struck volley in an EFL Cup win over Leicester City. So neither offer a huge threat in the penalty area.

Van Dijk did manage to find the net on four occasions prior to his injury, however, so would be able to fill the void if Cahill was left out of the starting XI.

It's incredibly doubtful Conte would drop Azpilicueta as he is the best one-on-one defender out of the back three and is the most versatile. The Spaniard is the Swiss army knife of defending, capable of playing virtually any defensive role he is given.

Which leaves Luiz. When he returned to Chelsea last summer many were skeptical. The Brazilian had hardly established himself as a reliable defender during his first spell at Stamford Bridge, to the point that he was often used as a defensive midfielder.

His first start wouldn't have dispelled those doubters, Chelsea were beaten 2-1 at home to Liverpool at Stamford Bridge, it was their first defeat of the campaign.

But since Conte's tactical switch Luiz has thrived. With protection around him the 30-year-old looks much more assured and has cut out the regular mistakes.

There are still occasions he is caught out of position, but they are few and far between. 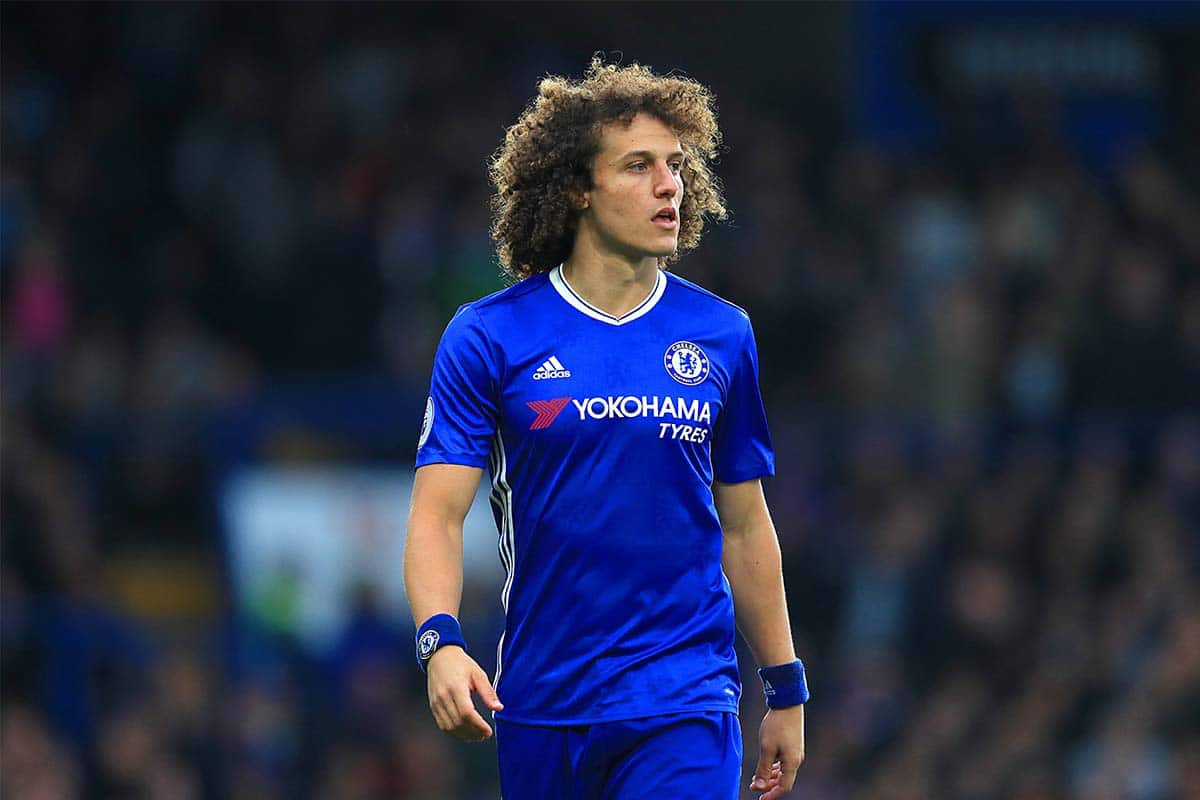 Bringing van Dijk into the side  in place of Luiz would make Chelsea's defence more solid.

Positionally he is stronger – although the Blues defender has improved that part of his game – and also averages more tackles and interceptions per game. He is also physically far more dominant.

But Chelsea would lose Luiz's range of passing and that would hinder their attacking threat.

Few centre-backs have the technique the Brazilian possesses. He is capable of hitting an inch perfect 50-yard pass that opens up the pitch or an intelligent ball that breaks lines.

Van Dijk doesn't have the same passes in his armoury. So again it's unlikely Conte will happily drop Luiz.

Which brings us back to Cahill. He is likely to be made club captain when Terry departs this summer and has developed into a strong leader on the pitch in the latter's absence.

But, in footballing terms, he isn't as good as van Dijk. And with Chelsea returning to the Champions League next season, and in all likelihood mounting a title defence, there's no room for settling for second best.