The first match on the programme for Saturday in La Liga is the Valencia vs Mallorca duel, so check our preview of the game if you want to learn more about it.

Our free betting picks and predictions for Valencia vs Mallorca

If you can't seem to find the right bet for the Valencia vs Mallorca duel, check our favourite betting tips for this game:

After a great start of the season in which they won three of the first four matches, Valencia has struggled lately and failed to get a win in the last five matches in the league. Meanwhile, Mallorca is in similar form with three losses in the last five games. So, this could be a very close duel, but our prediction is for Valencia to win since they are the better team on paper and they are playing at home.

In the two most recent meetings between Valencia and Mallorca we've seen a total of six goals, which makes us thing that this could be a high-scoring game. After all, Valencia averaged 2.67 goals per game in La Liga this season, while Mallorca averaged 2.22 goals per game in the league so far. So, we can see these two teams combining for at least three goals in their upcoming duel.

Since we expect to see at least three goals in this match, we also expect both teams to score. That being said, we didn't see both teams scoring in the last two head-to-head duels between Valencia and Mallorca and both teams scored in just 33% of Mallorca's matches in the league this season. However, both teams have scored in 67% of Valencia games in La Liga so far.

The best odds and stats for Valencia vs Mallorca

You can find the latest and best La Liga odds right here on our website, including the odds for the Valencia vs Mallorca duel:

Valencia vs Mallorca preview: Can Valencia get out of the slump

The Bats have started the season in an impressive form with three wins in the first four matches, but they've been struggling ever since. In the last five games, Valencia has three losses and two draws, so a win over Mallorca would be very important for the team's confidence in the upcoming matches. Correia, Piccini, Lato, and Cheryshev are injured and will miss the next game for Valencia.

Similarly to their upcoming opponent, Mallorca has also struggled recently with three losses in the last five matches in La Liga. Overall, Mallorca has three wins, two draws, and four losses, which is enough to put them in the 13th place in the standings. The fans would probably be satisfied with if the teams end the season in the same place, but there's a long way to go until then. Kubo and Raillo are out of the upcoming match with injuries.

The most common questions for Valencia vs Mallorca 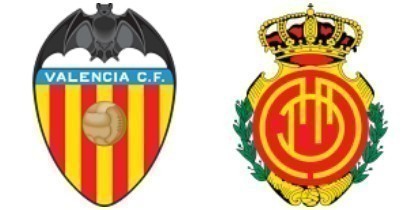