The Valencia vs Granada duel in the upcoming La Liga round should be an interesting one, so check our preview of this game to learn more about it.

Our latest betting predictions and picks for Valencia vs Granada

If you are looking for free La Liga betting tips, including our top predictions for Valencia vs Granada, you've come to the right place:

Just a few days ago, Valencia beat Athletic Bilbao to reach the final of Copa del Rey. Meanwhile, Granada is without a win in their last eight games in La Liga and they've lost five of the last six.

So, clearly, this match comes in a wrong team for Granada and we expect Valencia to win this game since they are certainly high on confidence after the success in the cup.

Four of the last five head-to-head duels between Valencia and Granada have gone over 2.5 total goals and we can see that being the case on Saturday as well.

The latest stats, odds, and more Valencia vs Granada

If you want to bet on the top Valencia vs Granada odds, check our selection of odds from different UK bookmakers:

Team news, form, and potential lineups for Valencia vs Granada

While the home team is the favourite in this match, we can see this being an exciting game. So, here's a closer look at both teams:

The Bats enter this game after their biggest success in recent years – reaching the Copa del Rey final. So, the team is certainly in good mood right now even though things are not as great in La Liga where Valencia has just one win in the last six games. Still, the team is in the ninth place and closer to the top than to the bottom of the standings.

When it comes to team news, Valencia will be without Omar Alderete and Ilaix Moriba through suspensions, while Jasper Cillessen and Thierry Correia remain out with injuries. Jose Gaya picked up a knock against Athletic, so he might also miss this game.

The poor form in which Granada is currently (five losses and one draw in the las six games) is the reason why the team is just one spot above the relegation zone and just four points ahead of the first team in the zone. And while it looked earlier like Granada won't have to worry about relegation, it now seems that they are in for a fight until the end of the season.

The team will be without Maxime Gonalons and Santiago Arias once again, while Domingos Duarte will miss the next game to serve a suspension he earned against Cadiz. 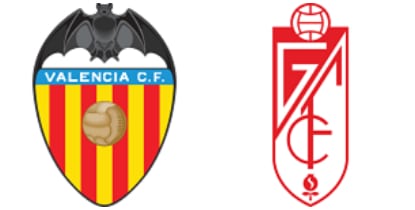