The Valencia vs Getafe duel got the honor of opening the new La Liga season this Friday, so check our detailed preview of this game to learn more about it and to get some free betting tips.

Our top betting tips and predictions for Valencia vs Getafe

If you can't seem to find the right Valencia vs Getafe bet,check some of our favourite betting predictions for this match:

Both teams have struggled last season and failed to meet expectations of their fans. so they will both be hoping for a better showing in this La Liga edition. Although Getafe has been the more successful team in the most recent head-to-head duels with Valencia with two wins and three draws, our prediction for this game is for Valencia to win – mainly because they are playing at home and it's a season opener, so the fans could be the deciding factor in this game.

While Getafe averaged just 1.87 goals per game last season in the league, Valencia averaged 2.71 goals per game in La Liga last season. However, both of their h2h duels went over 2.5 total goals, for a total of four straight matches played by these two teams that have ended with at least three goals. So, we expect to see the same in this game.

Valencia to Win Either Half

If you are not completely sure that Valencia can finally win a game against Getafe, you can try betting on them to win either half. This will minimize the risk since you only need Valencia to win one of the two halves in this game. In addition to this, that already happened twice in the last five matches against Getafe, in which Valencia led at half time but the matches have ended in draws.

Top odds and useful stats for Valencia vs Getafe

If you are looking for the best Valencia vs Getafe odds, check our selection of odds from the top UK bookmakers:

Valencia vs Getafe preview: A chance for redemption for both teams

Finishing the season in the 13th place is far from ambitions that the fans of The Bats have and such a disappointing season definitely hurt them – even if they watched most of the games on TVs. The new season will start with fans on the stands, although in limited capacity, so we'll see if that can help Valencia improve. The team didn't suffer many changes in the summer transfer window, especially major ones. Kevin Gameiro left the club after his contract expired, which is probably the biggest change we've seen at Valencia.

After a few season in which they qualified for European football, Getafe struggled last season and was even in danger of getting relegated a few rounds before the end. However, the team finally finished the season in the 15th place and they will certainly look for a chance to improve their record this season. The team added a few players this summer, mostly for modest fees or on free transfer. The two biggest fees paid were for Carles Alena from Barcelona and Stefan Mitrovic from Strasbourg. A few players also departed the team, all of them for free. 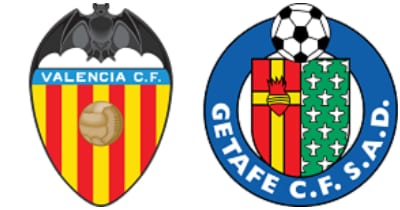