Could it really be that when Didier Deschamps boards a plane to Russia for the World Cup this summer, he’s left the best French midfielder this season at home?

It’s a question that hangs over Geoffrey Kondogbia, who, after a forgettable spell at Inter, has restored his reputation and in turn dragged Valencia back to where they belong.

French football moves fast in terms of its talents, and Kondogbia, who is now 25 and no longer a young, up-and-coming player, found himself slipping out of the spotlight as others emerged. They continue to do so, too – just take a look at the surge Lyon’s talented Tanguy Ndombele has made this season in Ligue 1.

Kondogbia has been playing catch-up in some regards. His name blew up when with Sevilla, and continued to burn brightly with Monaco. Inter, however, saw the midfielder come back town to Earth with a bump in a spell that saw both player and club badly at fault.

“I didn't realise the noise that had been made in Italy about my signing. I wasn't ready for all this and didn't like that kind of pressure,” said Kondogbia, speaking after his ill-fated move came to an end with a loan to Valencia.

It was an admission of his own failings, but one he wasn’t entirely to blame for. He is after all not the only young talent to flop at Inter before succeeding elsewhere.

The club, seemingly in a constant state of upheaval, isn’t the most ideal environment for a player. He worked with four different coaches in his short spell, and along with Éver Banega was another supremely gifted player unable to achieve continuity at the turbulent Milan side.

Valencia, it seemed, were hardly a shining example of consistency and solidity. They too had been run chaotically, but a new era at the club was about to begin.

Kondogbia was convinced by it, particularly new coach Marcelino, who envisioned the Frenchman being his rock in the centre of midfield and core of the team. Alongside the gifted but hardly imposing Dani Parejo, there was an idea to pair the two who could compliment each other.

They have done exactly that, with Kondogbia proving to be one of the best signings in Spain this season. Ask many Valencia fans, they will tell you he’s been the best – even over Gonçalo Guedes.

Slotted into Marcelino’s famous 4-4-2, Kondogbia has operated as a defensive midfielder primarily but one with license to roam and support the attack.

In turn, it has made the player into a one man tour-de-force; one minute he’s prowling areas in front of his defence, shutting down attacks and muscling opponents off the ball, the next he’s powering through midfield, before delicately delivering smart passes over the top of defences and into Valencia’s rapid attack. 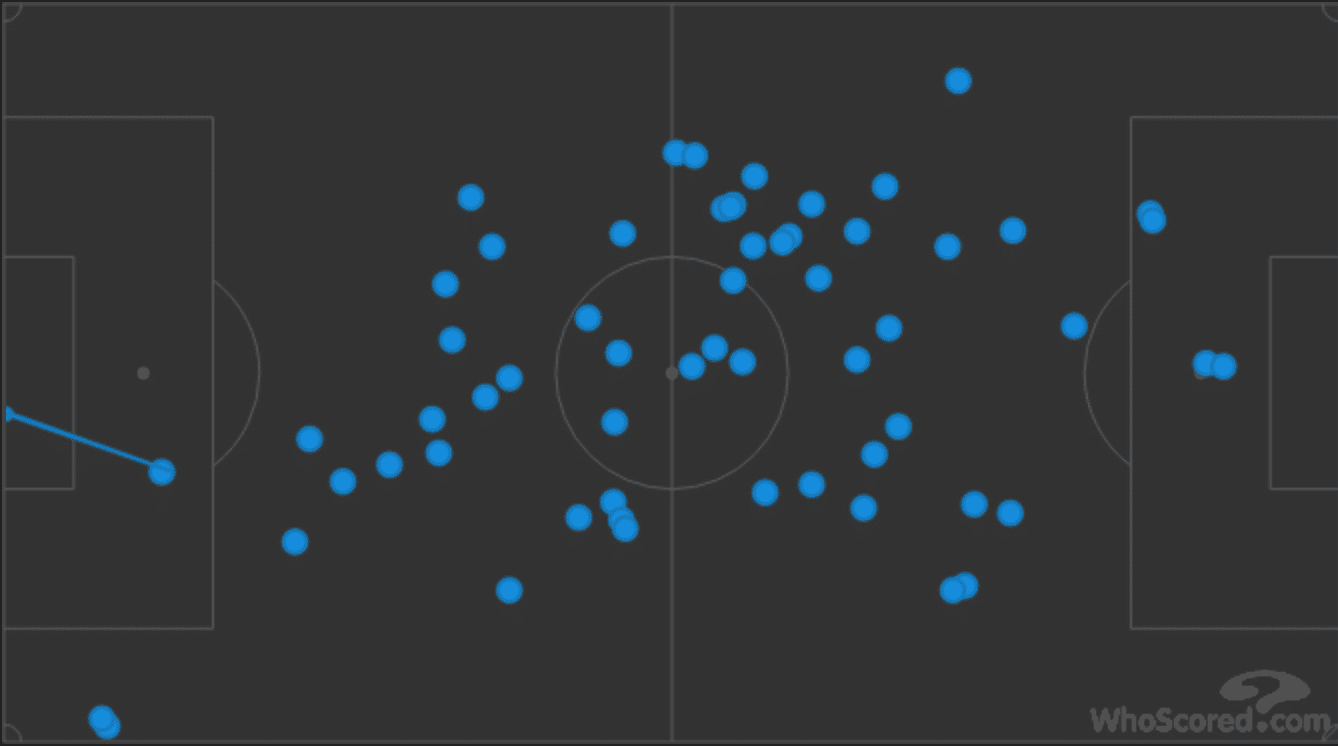 Kondogbia provided two goals against Sevilla. The above graphic, courtesy of Whoscored, shows his touches in that game.

His creativity is shown by his 1.7 successful dribbles per game, and at Valencia there is only Guedes who has more this season. Few have Kondogbia down for such actions as he’s seen as pure physical presence, but looks can be deceptive.

The 25-year-old is very elegant at times, and can drive into attacking positions as adeptly as any diminutive, creative type. It’s apparent with his passing game too, which is well-judged and precise. While playing 1333 passes this season, 88.7 per cent of those have been accurate.

His ability to start moves and drive Valencia on with his passing and movement has been a key feature for Marcelino’s side. Kondogbia is very forward-thinking and positive, while retaining plenty of self-belief.

Of course, he is an important feature in defensive areas too, especially given his size and how he uses his body.

Kondogbia’s smart in how he protects the ball and edges himself in front of opponents to regain possession. His 2.9 tackles per game are the most at Valencia, while he’s also made 52 interceptions this season which is two per game.

Even the arrival of Francis Coquelin, with whom Kondogbia is sometimes paired for extra solidity in midfield, hasn’t stopped the player from taking on plenty of responsibility.

Coquelin, if anything, has allowed Kondogbia to push on in attack more and utilise his skillset in the final third, which he’s very capable of doing. 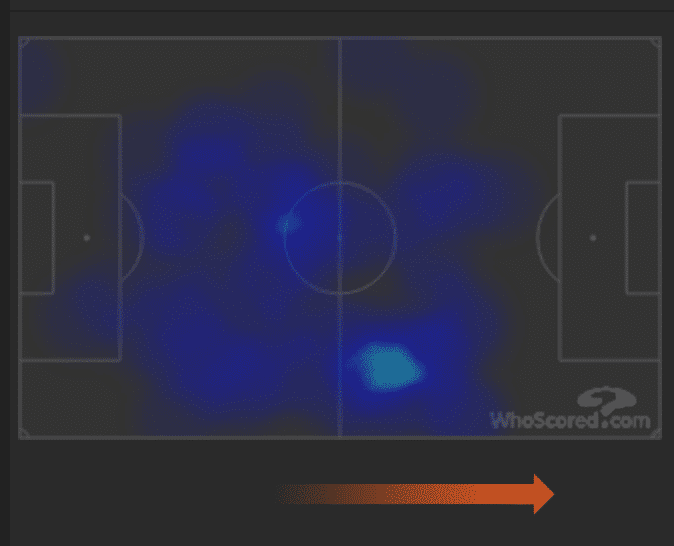 As we see in the above heat map, Kondogbia was influential all across the pitch against Real Betis recently.

At times it seems he’s played with a chip on his shoulder, perhaps looking to prove a point after a tough time at Inter. Then at others he looks very natural, and a cornerstone of this ambitious Valencia side.

A deal is apparently all agreed for Kondogbia to sign permanently, with the Spanish club agreeing a €25million fee. In this market, it seems a ridiculously low figure and even more so as he’s developed across the course of the season.

Debates continue to rage over one French midfielder in respect of comparisons with Paul Pogba, but there is absolutely no doubting Kondogbia’s level this season: he has been consistent, hard-working and exciting to watch, be it brushing aside opponents with strength, or driving through midfield with purpose and poise.

It may not end up being Kondogbia's summer – but it has been his season.