Al Masry vs Coton Sport is our next CAF Confederations Cup preview in this post. We have dug deeper into the details to bring you the best free predictions for this game as well as handpicked odd from top bookmakers.

USGN vs RSB Berkane is a group D fixture in the 2022 CAF Confederations Cup that you don’t want to miss. Read through our comprehensive preview of the interesting and find out more, especially how we have tipped the teams to perform on matchday.

Our Free Two Predictions for USGN vs RSB Berkane

A lot of goals were scored in the first leg that ended 5-3 in favour of the Moroccan side, RS Berkane. Berkane will now travel to Niger to face a familiar foe but can they expect another glory after some serious slumps in recent outings? See how we have predicted this game to end our betting tips below.

After some slumps in recent games, Berkane that won the first leg look shaky ahead of this trip. The visitors have now lost thrice in a row, which includes a 1-0 defeat against Simba SC a few days ago. On the other hand, USGN look better since losing 5-3 in the first leg. The hosts have lost only once in the four games played ever since. Also, factoring in home advantage, backing the hosts to score the first goal is a good idea.

Both teams will be on the score sheet

We also think both of these teams will be on the score sheet. Despite improving in recent games, USGN still have some defensive challenges ahead of this fixture. The hosts have kept only one clean sheet from four games since the first leg against Berkane. We are tipping the visitors who won the first leg to also score at least once.

Here is your chance to place your bet on the highest prices for this CAF Confederations Cup fixture. Also, go through the latest stats and H2H information below to make the right call.

A thrilling first leg that ended 5-3 or registered a total of 8 goals was mostly unexpected. However, it set the tone for this second meeting between these teams in the CAF Confederations Cup tournament. And so, a question most fans of these teams must we be asking is will witness another goal fest in Niger?

Well, after a 5-3 loss in the reverse game, USGN has got better in its performance, especially defensively. The hosts have scored in all their last five games, which includes the reverse meeting. For USGN, a win in this game will increase their chances of a playoff spot but that means winning all the remaining two games in the group stages.

RS Berkane needs a win to compete for the top spot. They are currently third in Group D but only a point deficit from the first spot. Thus, we expect a difficult match as both teams look to square it out in an epic battle on Sunday. 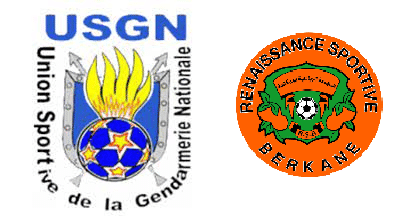 Where will USGN hosts RSB Berkane for this game?

The game will take place at Stade General Seyni Kountche in Niamey, Niger.

Can I watch this game in the UK?

Unfortunately, no TV channel will broadcast this game in the United Kingdom.