History of betting legislation in the US

There is no blanket US federal law prohibiting gambling nationwide, leaving it up to individual states to choose which types of gambling – if any – should be allowed within state lines.

Brief US reform backfires on Protestants 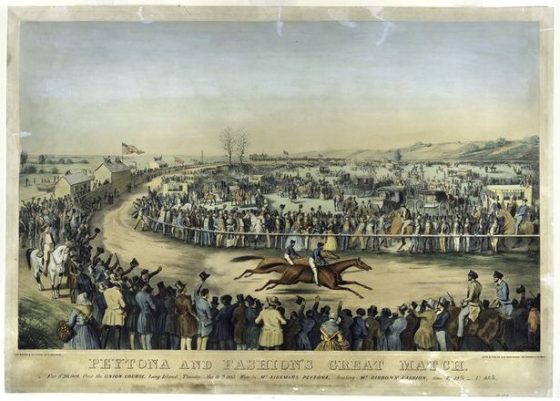 Gambling in the US was widespread prior to the First World War, with many illegal and legal infrastructures in place in states all across the country accepting bets on horse racing, cockfighting, lotteries and more.

However, in 1917 Protestant reformers decided to restrict horse racing in the US, shutting down almost all race tracks – at the same time state laws were passed prohibiting the consumption of alcohol. Just like illegal alcohol consumption rose, as did illegal betting – with slot machines and so-called “gambling houses” enjoying a boom in popularity.

Anti-prohibition laws were passed in the 1920s to undo the work of the Protestant reformers, and racetracks were quickly restored to their former grandeur as a way to provide much-needed income for financially-struggling states. As the US was struggling under the burdens of the Great Depression, a number of states took the decision to legalise bingo and similar games, allowing churches and charities to raise vital funding. 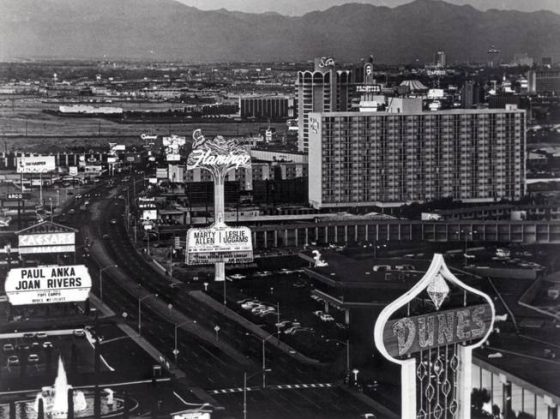 In another effort to try and counteract the devastating financial blows dealt by America’s Great Depression, Nevada made the decision to legalise gambling for economic reasons in 1931.

Initially, the uptake in the US’ newest resort town was slow and steady due to Nevada’s limited population and infrastructure – as well as the fact that business was still booming for illegal gambling syndicates outside of the desert state, especially in places like Chicago and Cleveland.

Resorts like Las Vegas enjoyed a huge investment boost just after World War Two’s conclusion, as US lawmakers set out on an aggressive path to truly stamp out illegal gambling in places like Galveston in Texas by becoming much more strict in enforcing existing laws. Las Vegas benefitted from the subsequent boost in investment – some of which came from organised crime bosses looking to move into the more legal aspects of betting.

Vegas became the centre of US gambling in the 1960s and succeeded in legitimising its image by eradicating investment from crime bosses, and became exponentially more popular thanks to better transport infrastructure – which linked Vegas to California by road, and the rest of the US by air.

The ‘resort’ model was then replicated across other states which had followed Nevada’s lead in legalising commercial casinos and gambling. New Jersey’s Atlantic City was transformed into a leading destination for gamblers from the US and beyond, drastically improving an area previously associated with poverty and a state of disrepair.

US law on interstate betting – and implications on online gambling

Doubling down on its hardline approach on illegal gambling gangs, the US federal government – and in particular, US attorney general Robert F. Kennedy – drew up a bill which would effectively ban all interstate gambling. The Federal Wire Act of 1961, as it was named, was an attempt by President John F. Kennedy to deal a fatal blow to illegal gambling gangs – as well as funnelling all gambling activity through the recently established legal channels (Las Vegas, state lotteries, etc).

The advent of the internet and online gambling (whether it be online casinos like Virgin Casino NJ or bookmakers) has brought about much confusion about whether internet gambling is restricted by the Wire Act. The US Department of Justice has released two contradicting opinions in 2011 and 2018, stating that the Act was limited to restricting sports bets – before stating that the Act indeed restricts all kinds of bets just seven years later. The Supreme Court is yet to rule on the true scope of the Act, which will turn 60 years old next year.

US ban on internet gambling payments a big “own goal”

A more recent act brought before US congress is the Unlawful Internet Gambling Enforcement Act of 2006 which restricts US banks in making or receiving payments for the purpose of online gambling.

The act’s introduction in 2006 caused a number of high-profile online casino platforms and online bookmakers to pull out of the US market. Other platforms based overseas (Bovada of Costa Rica the main example from the sports betting world) circumvented the regulations by using money transfer sites like Western Union to receive and send payments to US consumers.

Critics of the UIGEA believe the bill created a huge vacuum within online gambling after the US-based companies exited, with many making the point that US gamblers should be regulated to prevent underage betting, problem gambling, money laundering or customer abuse (ie poor customer service, withholding of funds).

One major enforcement of the act came in 2011 in a lawsuit which saw the owners of the three biggest US online poker operators face sanctions for attempting to circumvent the UIGEA by disguising gambling revenue.

The UIGEA – or Internet Gambling Bill – mostly applies to platform operators rather than individual bettors. The act excludes fantasy sports applications, skill games as well as legal interstate and tribal (Indian reservation) gambling. As a result, the act does not apply to customers betting in states who have recently legalised online gambling – sports or otherwise.

The Professional and Amateur Sports Protection Act of 1992 was another piece of legislation drafted by US lawmakers in a bid to protect sports from corruption and effectively outlaw sports betting – save from the states who had already legalised it. The PASPA was officially declared unconstitutional by the US Supreme Court in 2018 – paving the way for states to legalise and introduce properly regulated online sportsbooks for the first time.

Methods of gambling legally within the US

Despite these various legislatures and restrictions on placing bets, there are many ways for US residents to gamble legally with online casinos and online bookmakers.

Almost all states – with the exception of Hawaii and Utah – have legalised some form of gambling in the past. With online gaming and gambling developing so rapidly and with user bases growing exponentially, it will be no surprise if more and more states join trailblazers like Delaware and New Jersey in allowing online gambling within their borders.

It is always a great idea to check the relevant law and legislation regarding online gambling in your specific state before signing up for a bookmaker or placing a bet online.

Online betting with a platform based outside the US

At present, only a handful of states provide residents with the opportunity to place bets with an online casino or bookmaker based in the US. However, this is rapidly changing thanks to the technological advancements and extreme success of emerging gambling markets like daily fantasy sports.

The general rule of thumb in the US used by many bettors when online gambling is to use an online casino, bookmaker or sportsbook that is based and regulated overseas. This is because there is no US federal law which restricts the act of placing a bet online.

This has led to many Americans placing bets with casinos, bookmakers and sportsbooks based on foreign soil. Examples of these include Bovada Casino, Intertops Casino, and 3Dice Casino – all of which are fully licensed and regulated within their respective base countries.

However, because these casinos, bookmakers or sportsbooks are often based and regulated in far-flung locations such as Curacao, Costa Rica or Antigua – they are certainly not regulated in the States.

Gambling online within a legal state 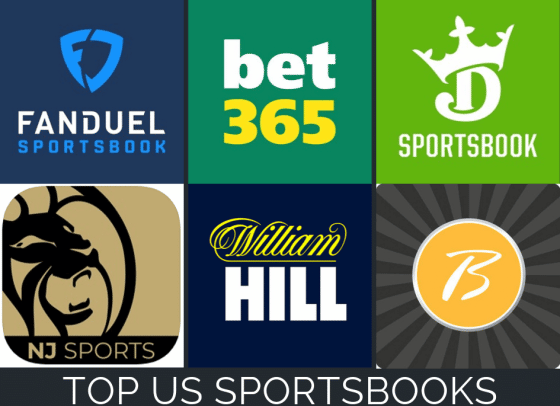 After the US Department of Justice’s 2011 opinion on the 1961 Federal Wire Act effectively opened the door for online gambling sites to be registered and licensed by companies up and down the country, many states stepped up to pioneer the new technology which would prove to be one of the biggest online industries in the world. By 2024, the global online gambling market is estimated to be worth a staggering $94 billion.

The biggest market of these is located in New Jersey – also home to the commercial resort Atlantic City – which has over a dozen online platforms offering online sportsbooks, casinos and poker. As well as typical US names like DraftKings and FanDuel, European giants like Bet365 have moved into the market in an attempt to broaden US online betting.

Delaware was the first state to launch online sports betting after the denouncement of PASPA in 2018, and one of the first to make the step into online casino and poker. Pennsylvania was also a huge part in launching online gambling across the US when they allowed sports betting in 2018 – and a year later began issuing licences for online casino games and poker.

PASPA prevented Pennsylvania from legalising and regulating online betting within the state, but the law's denouncement in 2018 allowed the legalisation of online betting – months after New Jersey allowed bettors to gamble online. E-sports betting is banned within the state, and all bettors must be 21 or over. Platforms are regulated by the Pennsylvania Gaming Control Board, which upholds the activity laws.

Indiana, West Virginia, Iowa, Colorado, Illinois and Nevada have also legalised sports betting online after the PASPA was repealed, with a lot of daily fantasy sports sites offering sportsbook within their state lines while casinos are setting up infrastructure.

Virginia, North Carolina, and Tennessee have all moved to legalise sports betting in the last year, and are in the process of ratifying and regulating any potential licences in order to finally launch online gambling in the states.

Next states who should regulate online betting soon

A number of other states including New York and California are also considering the possibility of legalising online gambling – although the pandemic has put these discussions on hold for now.

Currently, some of the biggest names in the global business offer online gambling platforms in these selected US states – such as FanDuel. They do this usually by signing agreements with existing commercial ‘brick and mortar’ casinos in each state, in order to get their top-quality, tried and tested product to market.

Daily fantasy sports applications are a relatively new way for sports fans to take part in the real-money sports betting world. Launched around 2007, these platforms use the huge pools of sports data available worldwide to run a number of different games centred around several of the world’s most popular sports.

DFS games are legal in over two dozen states and counting, with popular operators FanDuel and DraftKings becoming household names up and down the country. However, DFS games are only actually illegal in three states – Arizona, Montana, and Washington.

Some operators have even forged official links with professional leagues like the NBA, NFL and NHL to further promote and legitimise their brands.

The online gambling industry is valued at an estimated $240 billion in the US – employing an approximate 1.7 million people over 40 different states.

Despite this, many Americans believe it is illegal to place online bets – either on casino games like poker, roulette, and blackjack or sports betting and slot games.

The law and legislation surrounding online gambling in the US is a legal minefield. This is due to the rapidly changing landscape of gaming, thanks in large part to rapid developments in technology and internet infrastructure both in the US and worldwide.

Best Online Sportsbook in US for Jul 2022