Uruguay will be looking to move above Paraguay in the World Cup qualifying table with a win on Thursday. Paraguay are yet to lose any of their opening four qualifiers but of those games, only Argentina would be considered difficult. Uruguay have won their last two meetings with Thursday's guests and with Luis Suarez in form they are the favourites to secure another 3pts.

Read on for our full match preview and prediction for Uruguay vs Paraguay.

Our Best Bets for Uruguay vs Paraguay

Uruguay have claimed wins in each of their last two fixtures against Paraguay, running out 2-1 victors in 2017 and a year earlier they won by four goals to nil. The host shave won three of their last six international matches, while Paraguay have only won one of their last five outings.

Uruguay the favourites to secure all 3pts at the Estadio Centenario

Uruguay will be looking to bounce back from their 2-0 defeat last time out against Brazil and can call upon their top scorer Luis Suarez for the game against Paraguay. The Atletico Madrid forward has netted 63-goals in 116 matches for Uruguay and heads into this game fresh off the back of claiming the La Liga title. There are a number of uncapped players in this Uruguay squad though, including goalkeeper Rochet, defender Candido, midfielder Gorriaran and forwards Polero and Torres. The hosts look solid in midfield with Vecino, Bentancur, Torreira and Valverde all being called-up, while at the back they can count on the experience of Godin and Caceres as well as the class of Gimenez. Muslera is likely to continue in goal for what will be his 117 cap.

The Paraguay squad doesn't contain a lot of European based players and is largely inexperienced at this level. Only two players that have been called up have earned over 40 caps for their country, Oscar Romero (46) and captain Gomez (45). The ageing Silva will start in goal for the 33rd time and in defence Gomez is joined by Alonso and Balbuena. Despite the midfield not having many caps between them, only two players are aged under 23. Almiron is joined in attack by Angel Romero who top-scores in the qualifiers with 4-goals.

Your Questions – Uruguay vs Paraguay 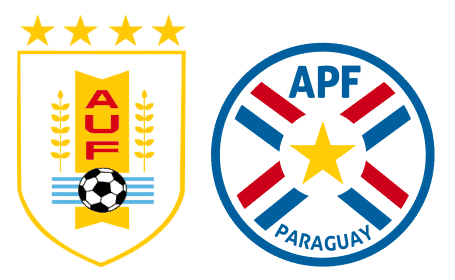