The final game of the group stage will meet the ranked 4th Uruguay and the ranked 2nd Paraguay. Bolivia is so far behind now that both sides have already qualified for the direct eliminations. Stay tuned for the best free betting tips for this match.

The odds are true at the time of writing but may are also subject to change at all times. Check your betslip before placing your final bet. Our recommended bookmaker for this match is Netbet.

Despite sitting at the 4th place in the group standings, Uruguay is actually one of the favorites coming out of this group. Edinson Cavani and co’s 2021 Copa America run didn't start off as smoothly as they would've wanted, but they are still on track qualifying for the next stage. Head-to-head, Paraguay last won vs this opponent back in 2007, and Uruguay has won 5 of their last 10 games. Uruguay's recent form is bad with just 3 goals in the last 5 games. We feel that their latest results could interfere with the outcome of the game, but nevertheless, Uruguay is a capable team that deserves to be favored.

Head-to-head, 60% of their last 10 games have had both teams failing to score. Surprisingly the percentage is the exact same for both team’s personal results. Only 4 of Paraguay and Uruguay’s recent 10 games have had both teams scoring. Combined with the fact that Uruguay struggles to find the net, and Paraguay isn’t convincing either, we feel a BTTS – No bet suits us perfectly.

This is a South American match-up that unexpectedly doesn’t produce as many goals as you would’ve thought. In their last 10 direct clashes, only on 3 occasions did the sides produce more than 2.5 goals. The exact same is true for Paraguay’s personal games, and 6 out of 10 matches in Uruguayan’s match history have also had under 2.5 goals.

Uruguay vs Paraguay: The latest stats and selection of the best odds

Uruguay trying to move out of Brazil’s way.

With Bolivia tracing Uruguay by 4 points and only a single game left, it's clear that the Bolivian team didn't make the cut and will be traveling home. Both Uruguay and Paraguay have qualified no matter the outcome of their match, but what is of significance is the Uruguayan squad moving upwards of the 4th spot.

This is it because once eliminations begin, the ranked 4th sides in both Group A and B will have to face-off against the ranked 1st in the opposite group. This means that finishing 4th in Group A would match you with Brazil, and that’s something that every side is terrified of. 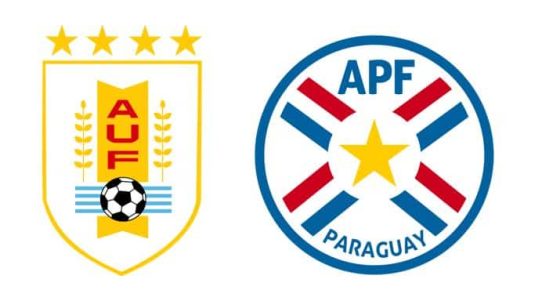