Since 1904, the Boleyn Ground at Upton Park has been home to West Ham United. But that will no longer be the case next season, as the Hammers are moving to the re-appropriated Olympic Stadium in Stratford, London.

The final fixture to take place at the Boleyn Ground will be the visit of Manchester United on 10 May. This will unquestionably be an emotional time for West Ham fans. Many of whom, while recognising the financial benefits of the move, and the need to keep up with modernity, will be saying goodbye with a heavy heart.

A community of supporters who bleed claret and blue, raised on the rituals of match day at Upton Park. The familiar trip to the ground, the same old faces, the instantly recognisable sights and smells – an area of East London brought to life every other Saturday for over a century.

But they leave with a wealth of memories to treasure. Thrilling matches, great teams, brilliant footballers, and no shortage of spectacular goals. Each of which acting as a postcard in time, conjuring different emotions through generations of fans – those “I was there when…” moments.

For those old enough to have stood on the terraces as far back as 1968, an 8-0 victory over Sunderland will likely mark a highlight. A game in which England’s World Cup hero Geoff Hurst scored six times, a top-flight record which still stands to this day. Club legends Bobby Moore and Trevor Brooking also scored on that day. 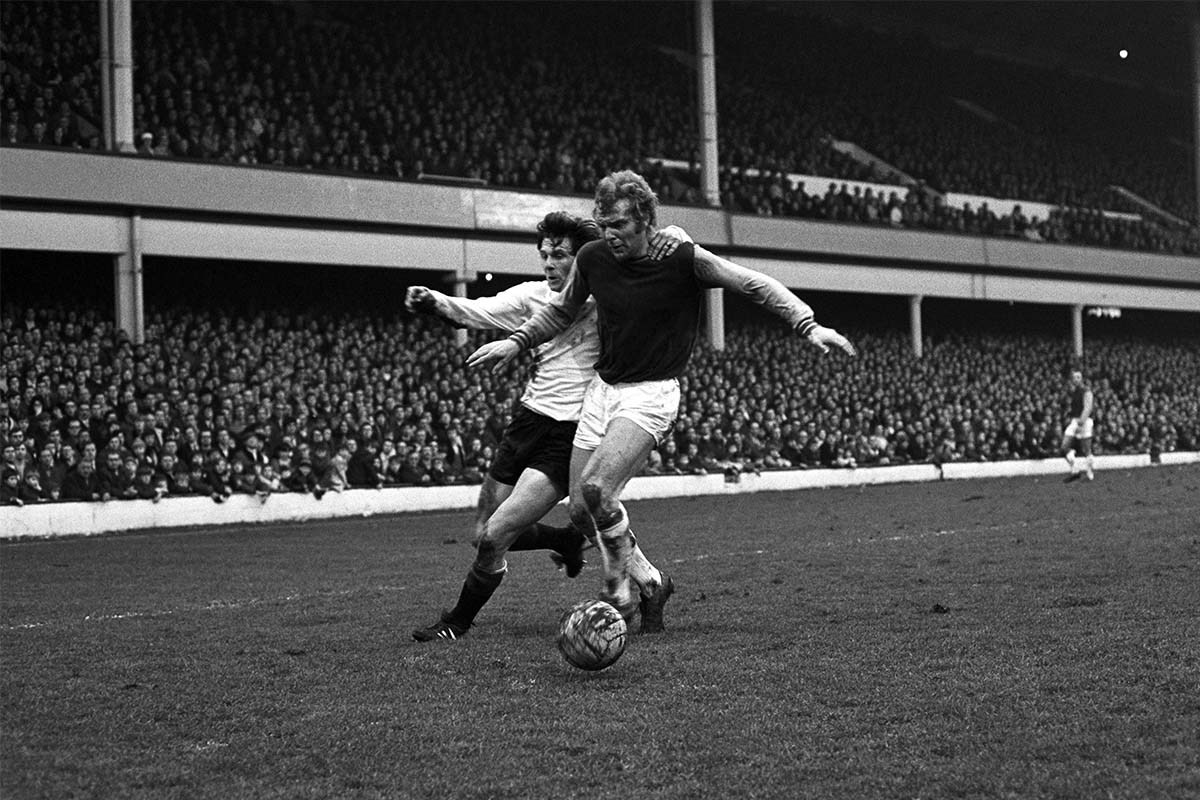 The 1974 defeat of Eintracht Frankfurt in the European Cup Winners’ Cup semi-final, will undoubtedly live long in the memory of the 55,000 spectators lucky enough to have been in attendance. Brooking was again on the scoresheet in that one, netting either side of Keith Robson’s 30-yard bullet – surely one of the great Upton Park goals – to win 3-1 on the night, resulting in an aggregate score of 4-3 in West Ham’s favour. They would eventually come up short in the final, losing 4-2 to Belgian side RSC Anderlecht.

Moore, Hurst, Peters, Brooking and Billy Bonds – Upton Park has been home to an array of great players through the years. But perhaps the greatest team to call the Boleyn Ground home, was the West Ham of the 1985-86 season.

Managed by John Lyall, the side consisted of names synonymous with an attacking brand of football referred to by supporters as the “West Ham way”. Names like Frank McAvennie – the mercurial Scot scored 28 goals that season – Tony Cottee and Alan Devonshire. Backed up by a resolute defence governed by captain Alvin Martin and Tony Gale. All fondly remembered as “The Boys of 86”.

Although the ‘86 team didn’t win a trophy that year, they lit up the old First Division with their performances. Lyall’s men took West Ham to a third-place finish, only two points behind second-placed Everton, and four behind champions Liverpool – it was, and still is, the Hammers’ highest ever top-flight finish.

The 1990s will largely be remembered for Harry Redknapp’s time in the Upton Park dugout, and the plethora of young English players that progressed through the youth system to become the new idols of Green Street. Joe Cole, Michael Carrick, Rio Ferdinand and Jermain Defoe all burst onto the Premier League scene towards the latter part of the decade. 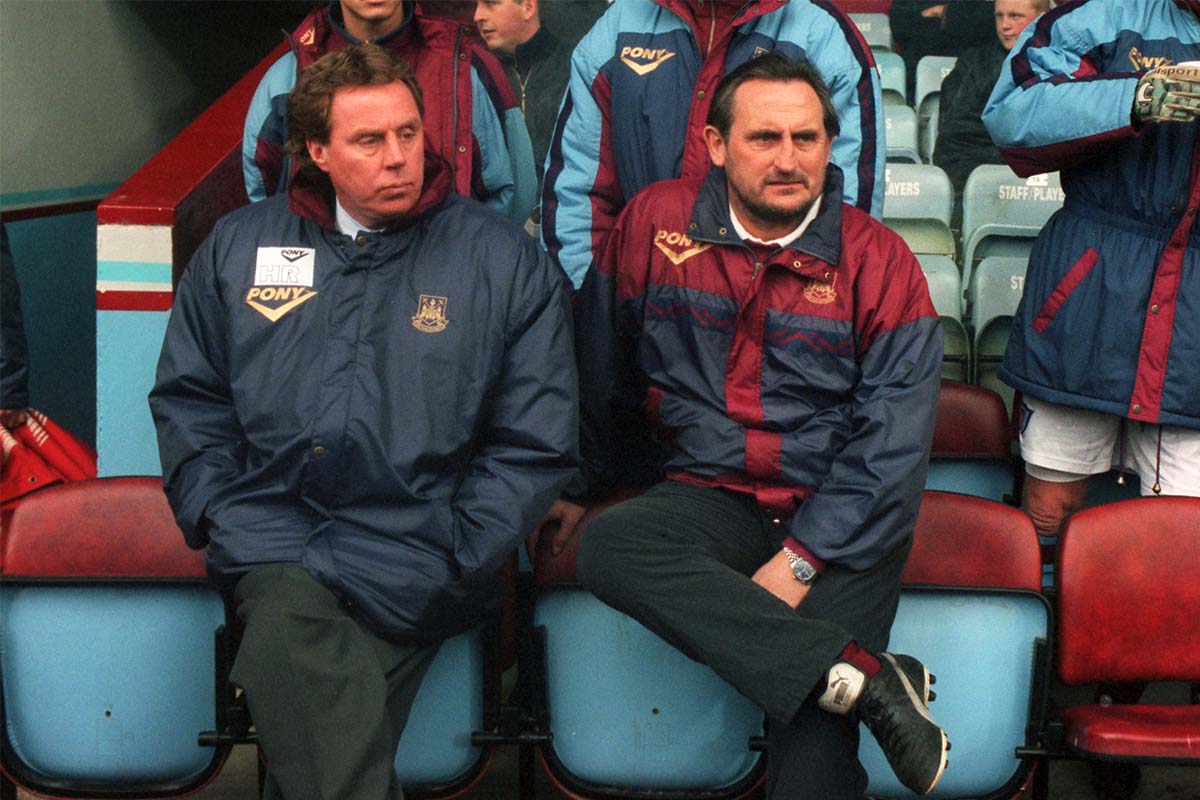 West Ham have always had their share of cult heroes too, and the 1990s was no exception. The shaven headed, tough tackling defender Julian Dicks was a favourite among those who supported from the terraces. His five years at the club could be summed up in microcosm by another classic Upton Park encounter in which he starred.

On a rain-soaked, windy evening in 1997, Tottenham Hotspur were visitors at the Boleyn Ground. Owing much to the blustery conditions, a back and forth classic culminated in Dicks thrashing home a penalty in his trademark fashion – his second goal of the game – to give West Ham a 4-3 victory.

As eccentric as he was talented, former Celtic forward Paulo Di Canio became a treasured figure at the Boleyn Ground, following his switch from Sheffield Wednesday in 1999. Picked up for the bargain price of £1.5m, Di Canio arrived with a tarnished reputation after infamously pushing referee Paul Elcock during a match against Arsenal in 1998. The Italian was consequently banned for 11 matches and shipped out of Hillsborough, hence the unusually low transfer fee.

The charismatic Roman set about rebuilding his reputation with West Ham, and he earnt a place in Hammers fans’ hearts due to his sublime skills and fierce commitment. Di Canio went on to play 118 Premier League Games for West Ham, scoring 48 goals. The pick of which, against Wimbledon in 2000, will perhaps be remembered as the finest ever scored at the Boleyn Ground.

Perfectly assessing the trajectory of Trevor Sinclair’s arrowed cross-field pass, Di Canio pulled away from Kenny Cunningham and moved towards the far post. The Italian magician then leapt into the air and, with both feet off the ground, connected with a volley so sweet that goalkeeper Neil Sullivan’s futile dive served only as an exclamation point to a goal of sheer aesthetic beauty. 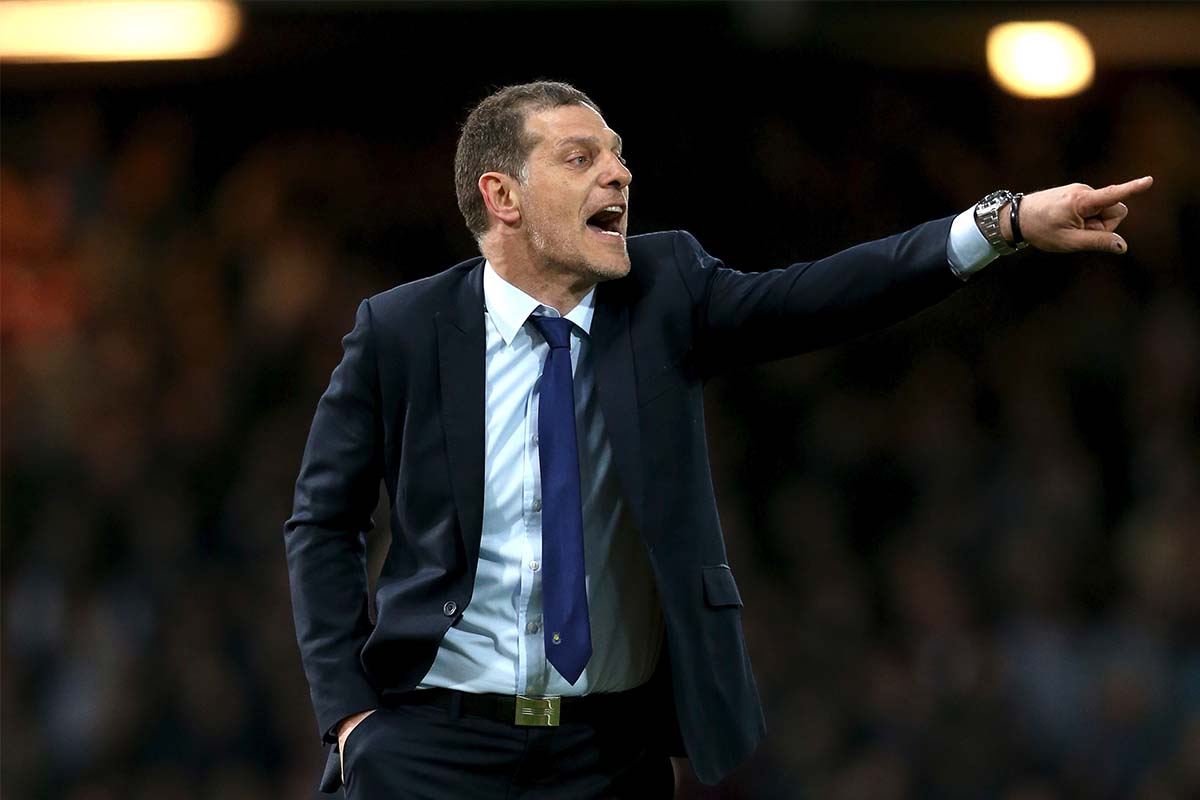 This season, manager Slaven Bilic has brought a new hope to Upton Park, having built a side that adheres to the “West Ham Way” of the great sides forgone, and is threatening to upset the established Premier League Elite. Currently sitting pretty in the European qualification places, there is still an outside chance that the Olympic Stadium will see Champions League football next year.

There will be a period of adaptation to the new stadium. Not least for the small businesses that surround Upton park. Pubs, restaurants and corner shops reliant on the increased income of a match day, will have to adapt to survive. Membership schemes and organised travel to the new ground are some of the ways that popular watering holes around the Boleyn Ground are hoping to keep the patronage of West Ham fans.

And just like Highbury, Highfield Road and Maine Road, The Boleyn Ground will be flattened to make way for a housing development. One of the few remaining great, old-fashioned English football stadiums will be gone, leaving barely a trace that it had ever existed.

You can build a shiny new arena, but you can’t as easily reproduce the ambience that these classic old grounds produce. So many modern stadiums are cookie-cutter copies of one-another: soulless bowls, bereft of atmosphere. Athletic Bilbao’s new San Mamés stadium should act as a reference point for any club building a new home. The Basque club’s newly constructed arena was opened last year, and has retained every bit of the intimidating atmosphere for which the original San Mamés was famous.

Through the sadness of waving goodbye to Upton Park, West Ham fans will find consolation in the progression of their beloved team. The new stadium will bring increased revenue, and help to present an attractive proposition to current and future players. Dmitri Payet and Manuel Lanzini have dazzled and delighted the Boleyn faithful this season, and the Olympic Stadium may help entice more players of their ilk to join West Ham.

In contradiction to the sentiment of “I’m Forever Blowing Bubbles”, the song passionately belted out by West Ham fans before every game, perhaps fortune will not be hiding for much longer.