The mid 1970s were a bleak time for English football. The national team had failed miserably to qualify for the 1974 World Cup and there seemed few reasons to be cheerful about the future. That was until a plucky side from West London arrived on the scene and shook things up with their brand of “punk football” that almost saw them clinch the most remarkable of league title wins.

A combination of dour international performances and a domestic game that was fast becoming more about physical prowess rather than skill and finesse, had started to take its toll on the English public. There were even fears that people would turn their backs on the game for good unless something happened, and happened fast.

There were a few things to get excited about for those who were prepared to look hard enough. Tommy Docherty’s Manchester United were playing some of the most attacking football at that time; West Ham United were persisting with their traditionally attractive style of play which had seen them win the FA Cup, while Derby County were also keeping the purists happy having just won the Division One title. But the club that was catching everyone's eye as the new season approached was Queens Park Rangers.

They were still an unfashionable club, compared to nearby Chelsea, yet they still represented the best that London had to offer under former Blues manager Dave Sexton. Arsenal were in decline, despite having won the double just four years earlier, Tottenham were still struggling after the departure of legendary manager Bill Nicholson and Chelsea were now playing in Division Two.

QPR were relevant newcomers to the First Division and hadn’t entered the Football League until 1920. It took them until 1948 before they gain promotion to Division Two and had to wait another two decades for their first season in the top flight. Their only silverware had been the new-fangled League Cup as a third division team in 1967, but the idea of winning the league title was faintly ridiculous to everyone, except Dave Sexton.

The quiet and thoughtful Dave Sexton had won the FA Cup with Chelsea in 1970 and was something of a student of the game, showing a great interest in the previous year’s World Cup. Always one to learn from others, he was mightily impressed by the likes of Holland and West Germany that summer and was keen to bring his own brand of “Total Football” to Shepherd’s Bush.

Despite bringing two of his former players at Chelsea with him to Loftus Road, Sexton’s squad was small, which meant his options were often limited. But, if anything, that was a help rather than a hindrance, as the team almost picked itself.

In keeping with Sexton's revolutionary style Rangers were one of the first sides to play with wing-backs, as Dave Clement and Ian Gillard would regularly fly down either flank, while Frank McClintock and former Chelsea favourites John Hollins and David Webb brought with them the experience and solidity that the team needed.

Their attacking flair was supplied by tricky winger David Thomas and England Skipper Gerry Francis, while the stardust, not to mention a few headlines, were provided by the flawed genius that was Stan Bowles. When it came to scoring goals Rangers relied upon the much underrated Don Givens and Don Masson, a Scottish international who blossomed late in his career in West London. 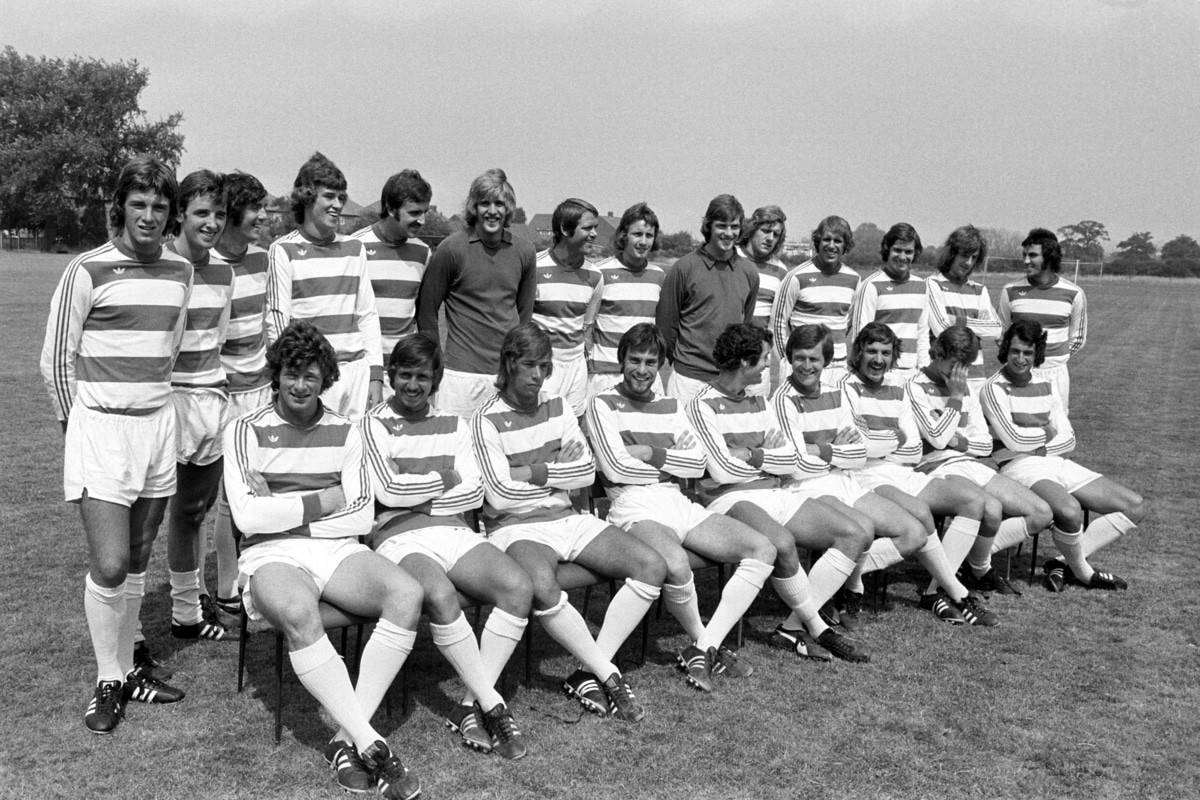 QPR got off to the best possible start to the 1975/76 season, beating Liverpool 2-0 at Loftus Road, a stunning victory which they followed-up by beating reigning champions Derby County at the Baseball Ground. By the end of September, Rangers were sitting pretty at the top of the league after a goal from Webb put paid to early-season pacesetters Manchester United, and it was not until October that Sexton’s men were beaten for first time when they lost at Leeds.

A poor run that winter saw them achieve just three wins in eleven games between 1 November and 17 January as they slumped to fifth, but if their rivals thought that this was the end of their unlikely title challenge, they were very much mistaken. After a 2-0 victory over Aston Villa on New Year’s Eve, they embarked on a barnstorming spell that catapulted them right back into the title race.

A 4-1 humbling of Coventry in March meant Rangers were top and, after a hard-fought 1-0 win over Manchester City, they were one point ahead of Docherty's United and Derby while Liverpool were two points further back. Not only had the media accepted that Rangers were now a force to be reckoned with and genuine title contenders, some even suggested that their side could even provide the backbone to England’s national side, who were something of the laughing stock at the time.

“With five games to go, we was five to one on,” laughed compulsive gambler Stan Bowles when talking about his side’s chances that season. “I’ve never seen Queens Park Rangers at five to one on to win anything. I also had a good bet on us to win the league at the start of the season at 33/1 for the title,” he said.

QPR weren’t just getting the results, their brand of attacking football catching the eye of supporters and opponents alike which also gained the respect of teams on the continent. But one thing that was out of their hands was luck and any fortune they might have enjoyed up to now would come to an end in dramatic fashion when they played Norwich City at Carrow Road on 17 April.

Despite outplaying the Canaries, Rangers found themselves behind when Ted McDougall made the most of a defensive mix-up to put the canaries into the lead. QPR responded quickly with Dave Thomas running through the City defence and blasting home the equaliser. But a speculative effort from Peter Morris took a wild deflection and went in to make it 2-1 soon after, before Phil Boyer made it three. A late own goal did little for Sexton’s side and it was to prove a costly defeat that sent a signal of hope to title rivals Liverpool.

Rangers immediately lifted themselves after this demoralising defeat with wins against Arsenal and Leeds in the final two games to top the league by a point after 42 games. However, they were then forced to wait as a bizarre twist in the fixture schedule handed the initiative firmly to their rivals from Merseyside.

Unlike today, when every team will plays their last game of the season simultaneously, in 1976 they did things a little differently. After that 2-0 win over Leeds on April 24th, they then had a wait 10 days before they found out their fate.

This was due to the fact that, while QPR had played their full quota of games, second placed Liverpool had played only 41 due to their two-legged UEFA Cup Final against Club Brugge. This meant that their crucial final game with Wolverhampton Wanderers was pushed all the way back to the 4th of May. All the Rangers players could do was wait. 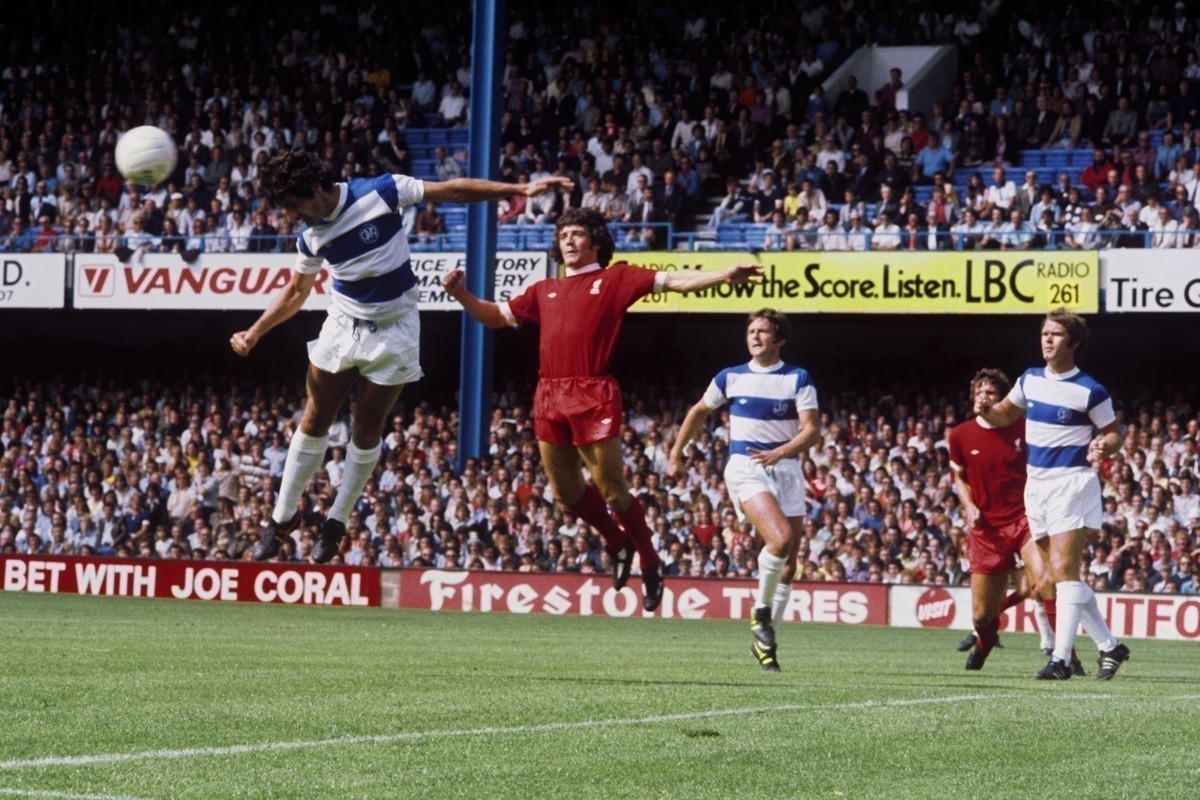 The match, when it finally did arrive, would be a vital one for both sides. Defeat would send Wolves down, meaning they still had something to fight for, which gave Rangers players and their supporters hope. On the flip side, victory for Liverpool would see them crowned champions and deny QPR their first ever league title.

So when Steve Kindon scored the opener for Wolves, the QPR players suddenly had hope. Liverpool had plenty more in the tank though, and with 15 minutes to go, John Toshack headed the ball down to Kevin Keegan who forced the ball over the line. Due to their superior goal difference a draw would have sufficed, but Liverpool being Liverpool scored two more, just to be sure.

The Rangers players, who were watching a live feed of the game in a London TV studio, knew just how close they had come to creating history. “The bad taste in our mouth wasn’t necessarily from losing the Norwich game,” explained former Rangers skipper Gerry Francis some years later. “It was the way Liverpool didn’t have to play their last game on the same day. They should have played under the same pressure. When Kevin Keegan scored most of us walked out.”

How QPR did not win the title in 1976 is something of a football tragedy for the game’s romantics. They were by far the most entertaining team around, never lost at home and beat every side in the division except West Ham. But it wasn’t enough to eclipse a Liverpool side who would not only go on to secure the UEFA Cup against Brugge some 15 days later, but also dominate the football landscape for another decade-and-a-half.

Rangers never really recovered from their loss and failed to reach such heights again, proving that the 1975-76 season really was something of a freak for the club, making the failure even more difficult to take. One man who took it all in his stride though, despite missing out on a league winner’s medal and a significant amount of cash to his bookmaker and had his own way of dealing with the disappointment.

“I watched the Liverpool game at the BBC studios with Gerry Francis,” explained Stan Bowles years later. “I watched up until the equaliser and that was it. I said to Gerry, ‘They’ll f***ing murder ‘em now,’ and then I went down the pub and got drunk.”