The reigning champs will meet with one of the best Chilean teams in the Top 16 phase of Copa Libertadores, so keep reading our preview if you want to know more about this exciting matchup.

Our best free betting tips for Universidad Catolica vs Palmeiras

If you are not sure what is the right bet for the Universidad Catolica vs Palmeiras duel, check our top betting predictions for this match:

The reigning champions have been in good form in the past couple of months since they are sitting at the very top of the Brazilian league. They are also on a five-game winning streak at the moment and we don't see Universidad Catolica stopping them, especially since their last game has been a disappointing loss in the Top 16 round of the Chilean cup.

Palmeiras to Win at Half Time

Since we expect to see Palmeiras winning the game, we also expect them to lead at half time. After all, this happened in four of their six matches in the group stages of Copa Libertadores. Furthermore, Universidad Catolica was trailing at half time in all three matches that they've lost in group stages of the competition.

The Brazilian team averaged a staggering 4.5 goals per game in the group stages of Copa Libertadores, which is the reason why our prediction for this game is to go over 2.5 total goals. Universidad Catolica wasn't as efficient since they only averaged 2.00 goals per game in their group, but that's still enough for them to combine for three goals with Palmeiras.

Top odds and stats for Universidad Catolica vs Palmeiras

You don't have to waste your time going from one website to another to find the best Universidad Catolica vs Palmeiras odds – we have them right here:

Universidad Catolica vs Palmeiras preview: Can the current champions get a good result here?

The team from Santiago de Chile is doing well in their domestic league at the moment since they've got six wins and three losses after the first nine matches in the new season, which is enough to put them in the 2nd place in the standings. They've also done well to secure a spot in the Top 16 of Copa Libertadores after finishing second in their group with three wins and three losses. On the downside, the team was eliminated from the Chilean cup very early.

The reigning champions and the current winners of the Brazilian cup are doing great in the new season as well, in all competitions except for Copa do Brasil since they were eliminated in the third round in this competition. Meanwhile, they've reached the Top 16 stage of Copa Libertadores by topping their group with five wins and one loss. Also, Palmeiras is currently sitting at the very top of the Brazilian Serie A with 25 points from the first 11 matches. 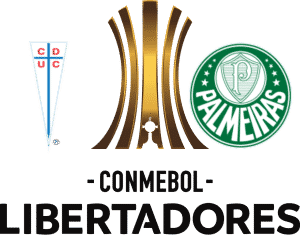