If Manchester United make good on their reported interest in Swansea City winger Daniel James and secure the mooted £15million deal, it will be only the second time in the last five years that they have signed a first-team player aged under 30 for less than £20million.

In the years since Sir Alex Ferguson's 2013 retirement – a year that also saw the responsibility for negotiating transfers pass from the departing David Gill to executive vice-chairman Ed Woodward – there has been a shift in recruitment policy at Old Trafford.

Explaining his reluctance to cash the £80million cheque United received from Real Madrid for Cristiano Ronaldo in 2009 to sign an adequate replacement for the Portuguese, Ferguson's mantra was that there was “no value in the market”.

The way he saw it, transfer fees and players' wage demands had bloated to the point that chasing superstar signings had become a false economy. 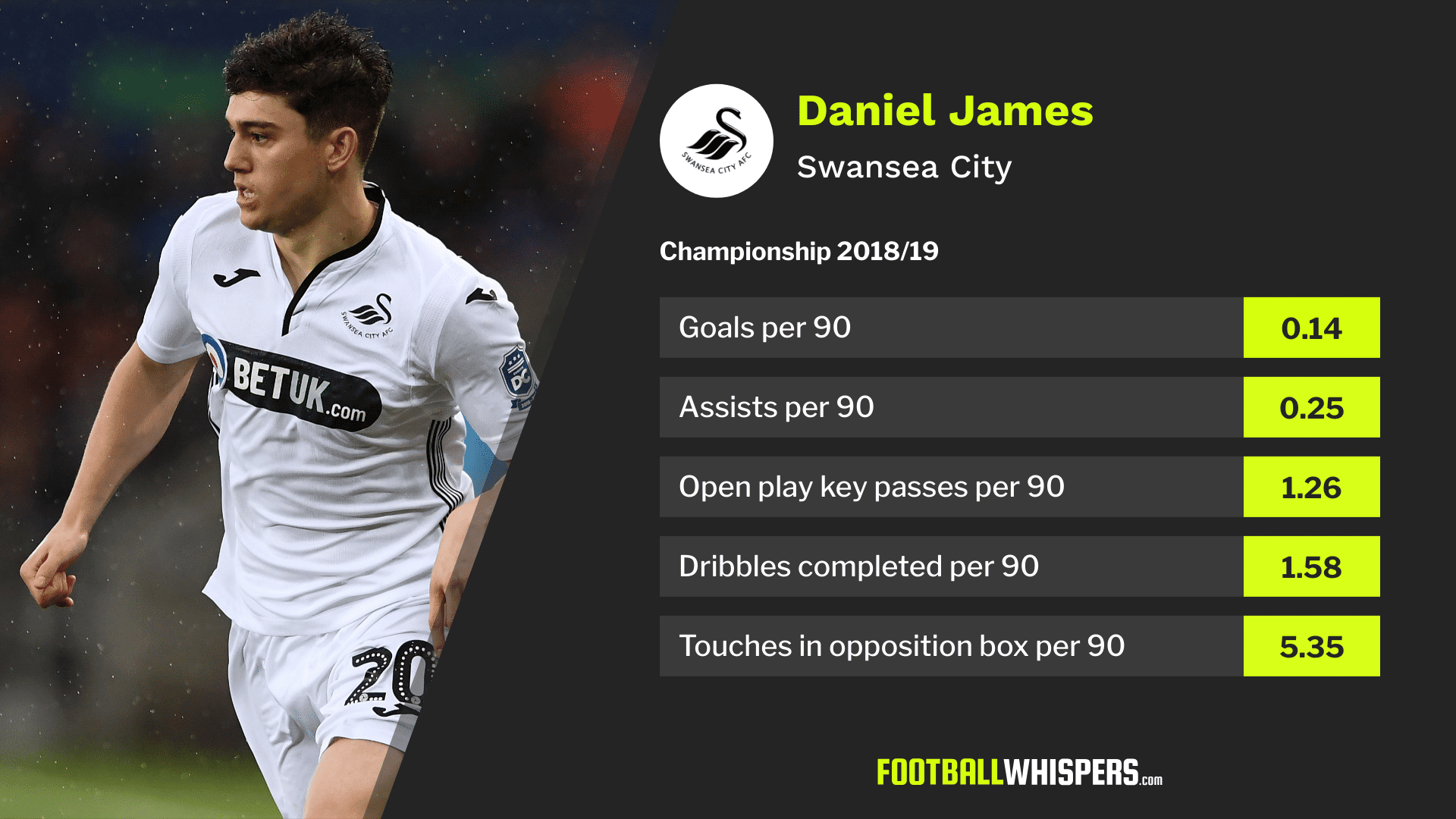 It has been suggested many times that Ferguson's words were merely an attempt at deflecting attention from the Glazers' reluctance to fund the necessary rebuild; after all, Ferguson had no qualms with breaking the bank for Juan Sebastián Véron, Rio Ferdinand and Dimitar Berbatov previously.

Those deals, though, along with the later signing of 28-year-old Robin van Persie, were cases of calculated risk, of identifying a player whose addition was potentially transformational and being willing to bet slightly over the odds on their success.

It didn't always work, but the hit rate was higher than United have experienced with recent mega-money signings. Paul Pogba, Romelu Lukaku, Ángel Di Mariá, Fred and Juan Mata, United's five most expensive ever signings, have all been made post-Ferguson, and have all, to varying degrees, fallen short of expectations.

Woodward has been accused of pursuing star names, regardless of their suitability for United on the field, in an effort to bolster the club's commercial potential. Record revenues suggest this approach has yielded major success on the balance sheets; less so on the pitch.

Many United fans, then, have welcomed reports of a deal for James edging closer. The 21-year-old has impressed at Swansea this season, with five goals and seven assists in all competitions for the second-tier side.

James has caught the eye with his searing pace and ability to turn defence into attack in an instance. United have a long and proud tradition of effective and exciting wing play, as well as giving opportunities to young players, so James' arrival would be greeted with anticipation, a hope that he will in part represent a return to the ‘United way'.

Compared to many of United's recent purchases, James is a relative unknown, a senior Wales international but a young player whose loan move to Shrewsbury Town just last season was cut short by the League Two team two months into the season, before he'd even made an appearance.

It remains to be seen, if indeed the deal goes through, whether James succeeds at United; many youthful additions of the recent past have not, such as Wilfried Zaha, Nick Powell and Memphis Depay.

While it is encouraging that United appear to be broadening the recruitment horizons, looking for young, hungry up-and-comers from beyond Europe's elite leagues, they must demonstrate that there is a thought process behind such signings.

By the same token, spending big on established superstars is not inherently a bad idea, provided stylistic, tactical and mind-set considerations have been properly taken into account; spending £100million on a player is great if you can afford it, just make sure it's the right player, for the right reasons.

United have clearly lacked strategic direction in a footballing sense since Ferguson's departure. There is talk of the appointment of a technical director being imminent, someone who can devise and implement a short-, medium- and long-term approach to recruitment. But the names being linked with the role – former players Darren Fletcher and Rio Ferdinand – inspire little confidence due to a complete lack of experience and expertise.

United are one of the richest clubs in the world, with the kind of spending power matched only by a very small, elite cabal of peers. Whether they continue to spend big on signings or adopt a more frugal approach, they will remain in the wake of those contesting major honours unless then begin to spend more intelligently.