Manchester United are preparing to make a move for Aston Villa’s Tom Heaton, who will be available on a free transfer in the summer, according to The Sun. Sam Johnstone is reportedly the number one choice for the Red Devils, but it is increasingly possible that he will decide to stay at West Brom considering that the baggies can offer him regular first-team football. United are indeed of a goalkeeper, as it is very likely that current understudies – Sergio Romero and Lee Grant – going out of contract in the summer. 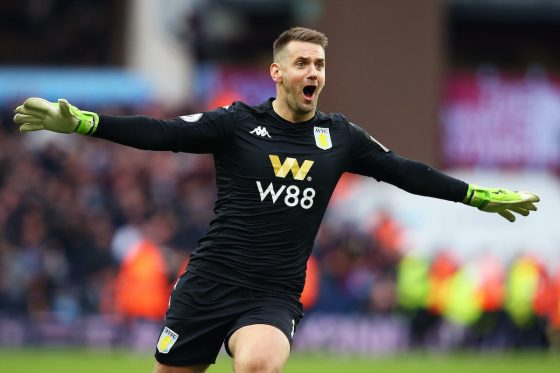 Ole Gunnar Solskjaer has favoured Dean Henderson for the number one role even after starting with Spanish international David de Gea at the start of the season. Henderson has not put a foot wrong and he has been an effective replacement for De Gea, who has become susceptible to many errors.

United need at least two backup goalkeepers in the line-up apart from De Gea and Henderson. After losing his first-team spot, De Gea may eventually want to leave the club in the summer. This would give the disputed number one position for Henderson, who has been faultless so far. An understudy to the 24-year-old is of paramount importance since Grant and Romero are set to leave the club in the summer.

Heaton has lost his place at Aston Villa to Emiliano Martinez. After being forced out of first-team action with a knee injury, Heaton found that he was no longer the first choice after coming back to the selection. Martinez is unlikely to lose his position now after having been signed from Arsenal for £18 million. Since his return from injury, Heaton has not played even a minute of action. Fans will take the interest from United by surprise as he was linked to Celtic and Leeds not too long ago.