Last summer bolstering their attacks was a matter of high importance for both Romelu Lukaku's services from Everton.

Antonio Conte was in a similar bind. The Blues were fresh from winning the Premier League title but Diego Costa was set to return to Atlético Madrid, leaving the club light in attack. So the Italian coach snapped up Álvaro Morata from Real Madrid.

Lukaku and Morata cost a combined £133million. However, high-profile transfers don't always work out as planned and, while Lukaku has successfully adapted to life at Old Trafford, Morata's first season in England has been up-and-down.

It has been more down than up lately, though, which explains why the forward has emerged as a Juventus transfer target in recent weeks.

After a hot start to life in the Premier League, Morata suffered a dip in form. To ease the pressure, Conte signed Olivier Giroud from Arsenal as back-up. The 31-year-old cost the Blues just £15million and has been a hit, establishing himself as Conte's first-choice with recent strikes against Southampton and Liverpool helping the Frenchman's cause.

Notably, Giroud was given the nod by Conte for Chelsea's FA Cup semi-final against the Saints, vindicating his manager's faith with a superbly-taken opening goal, dancing his way around their defence before firing home to send the Blues on their way to the final.

Morata replaced Giroud and sealed their spot in the final with a goal of his own, but there is an expectancy that the France international will line up from the start when Chelsea face United in Saturday's FA Cup decider. 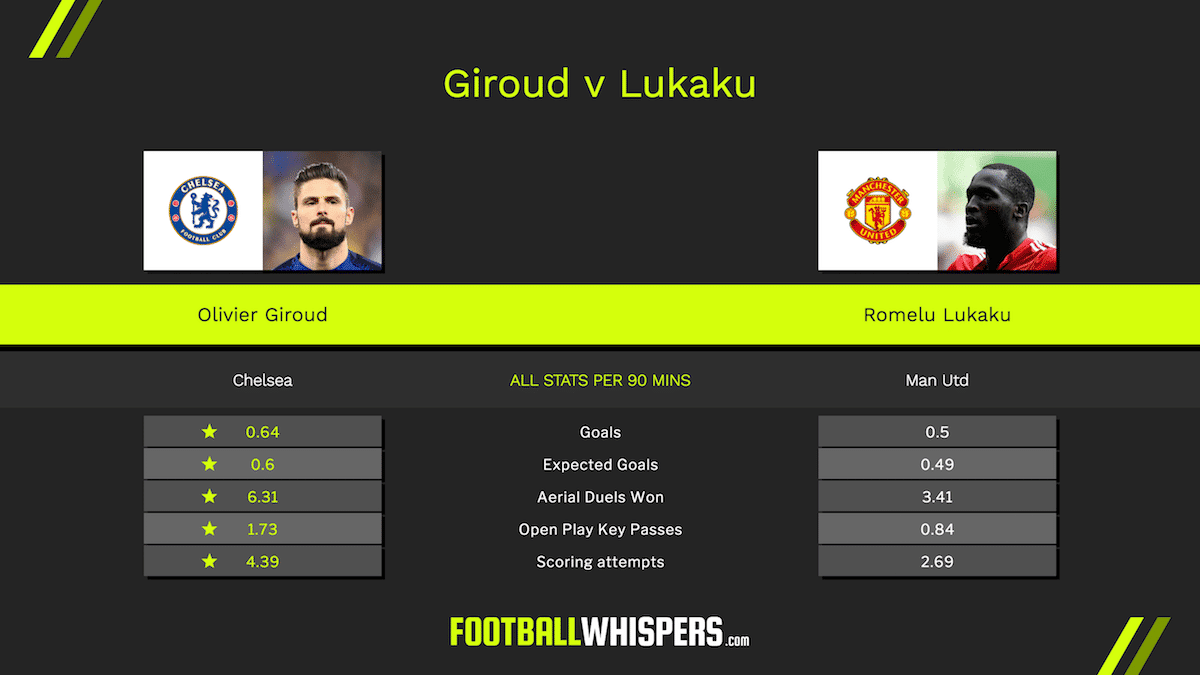 Assuming Lukaku recovers from the ankle injury that has kept him out of the last three Premier League games, Mourinho will expect the Belgian to lead United's line with a combination of power, finesse and clinical finishing.

Conte, on the other hand, will want Giroud can continue to play with the same level of efficiency as in recent weeks.

The Italian coach will also hope that his January recruit can keep his excellent Wembley record going. Although it holds little significance in the grand scheme, it is striking that Giroud has never lost at the famous ground for Chelsea or Arsenal.

The forward won three FA Cups in the space of four seasons for the Gunners, scoring in the 2015 final victory over Aston Villa. Of course, Giroud's former teammate, Alexis Sánchez, boasts a similar record, having clinched two cups with Arsenal and scoring in both finals in which he's played.

Giroud matches up to Lukaku

Lukaku hasn't played in an FA Cup final before but the Belgian has been clinical during United's charge to this year's, scoring five times in as many games.

Comparing Lukaku and Giroud's stats make for interesting reading. Firstly, Giroud is evidently more thoughtful and accurate in possession. The Frenchman is one of the best at holding up play in English football and that is reflected in his stats, boasting 1.73 open play key passes per 90 and 22 accurate passes per 90, compared to Lukaku's 0.84 and 15 respectively.

Lukaku is a towering figure but Giroud comfortably surpasses the Belgian in aerial duels won per 90, too, with 6.31 to 3.41 in the Frenchman's favour.

Strikingly, Giroud also has a better goal per game ratio, with 0.64 to Lukaku's 0.5, while he averages more shots (4.39). That is not necessarily a criticism of Lukaku but it is intriguing to see how well Giroud stacks up to the 25-year-old. 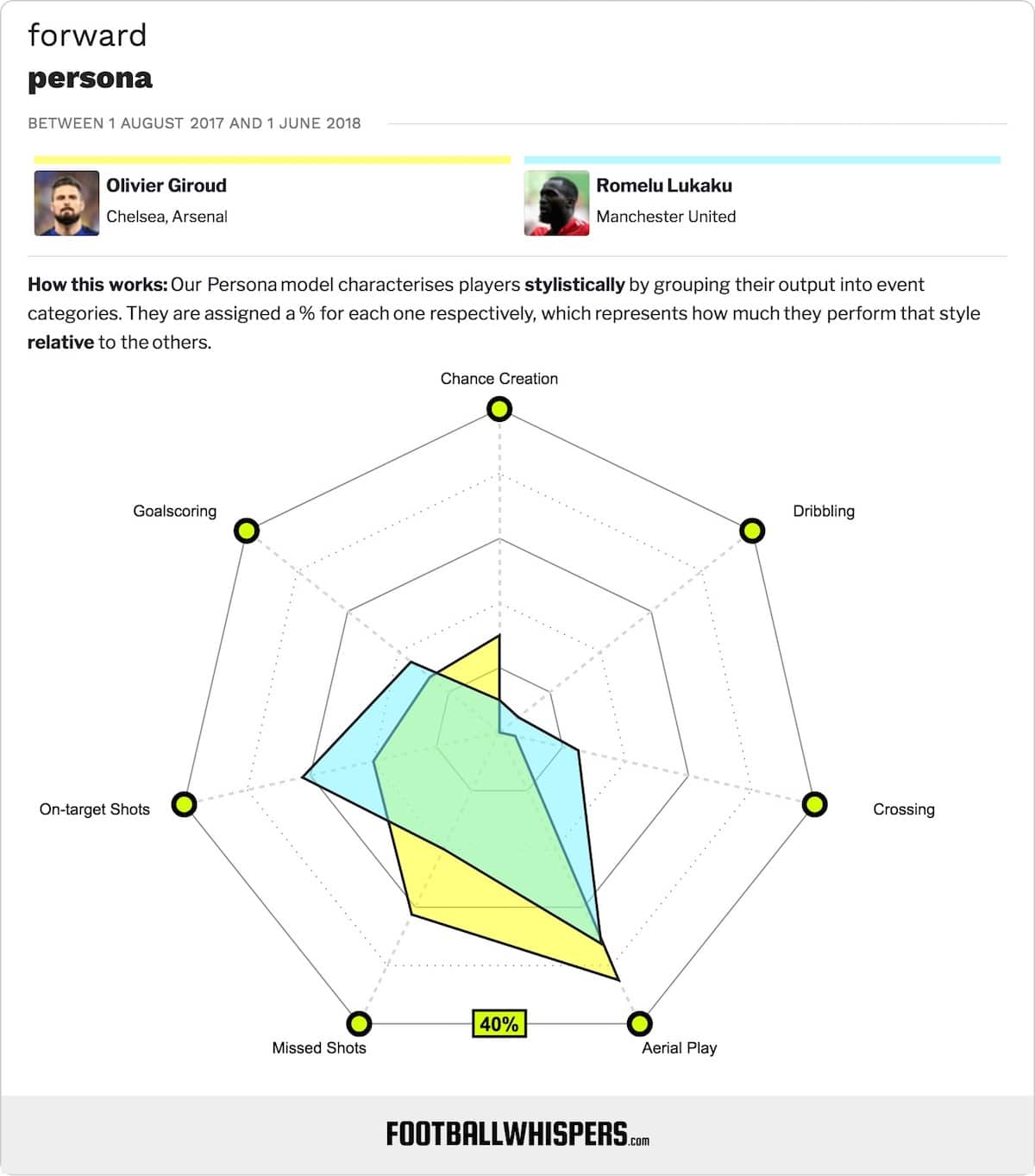 Lukaku comes out on top in several of the xG departments, though, with a post-shot xG of 16.63 compared to Giroud's 5.77 and a superior shot-placement ratio of 1.05 to his counterpart's 0.87.

Giroud does edge Lukaku in xG per 90, however, with 0.6 to 0.49. Lukaku has played 50 games this season to Giroud's 43 and, while the Frenchman has not been as ever-present as United's £75million frontman this season, the stats would suggest that he is just as effective when he does feature.

With such fond memories of playing in FA Cup finals in front of a sold-out Wembley, it will be interesting to see how Giroud matches up to Lukaku as United and Chelsea battle it out for another piece of silverware.