José Mourinho went into Monday's game against Tottenham Hotspur already feeling the pressure as Manchester United boss. After Spurs 3-0 victory at Old Trafford, the heat has been turned up to eleven.

An open and engaging first-half saw chances on both sides. United should have been 1-0 up after intercepted a poor pass from Danny Rose, rounded Hugo Lloris before firing wide with the goal gaping.

However, Spurs went up the other end and after Lucas Moura beat the defence for pace, he was bundled over by Phil Jones, but no penalty was given.

The momentum changed after the break and a header from Harry Kane, followed by two impressive finishes from Lucas saw the away side pull away and Mourinho and his team had no answer.

Spurs move joint top with Liverpool with three wins, United, with just one win from three and two defeats are now in the bottom half of the table.

Here are five things we learned from Spurs 3-0 victory over Manchester United.

After some cameo appearances at the end of last season and Spurs lack of summer arrivals, all eyes were on Lucas this term. He warmed up last week with his first Premier League goal against Fulham, but at Old Trafford on Monday he came to life.

A constant threat throughout. He should have been awarded a penalty in the first half when Phil Jones bundled him down after a strong run.

He wasn't to be denied in the second. His first came when he tucked away a neat cut-back from Christian Eriksen, putting his side 2-0, but the best was yet to come.

Driving the ball towards Smalling, he had too much pace and power for the centre-back and got beyond the former Fulham man to slam his finish beyond the Spanish goalkeeper.

He finished the game with two shots on target, one key pass and two completed dribbles. The 26-year-old was a constant menace all across the attack and deserved the accolade of the travelling fans singing his name in the dying moments of the victory.

You suspect, once he gets to know his team and the league better, there is only more to come from the blistering Brazilian forward.

Mourinho system not the biggest problem 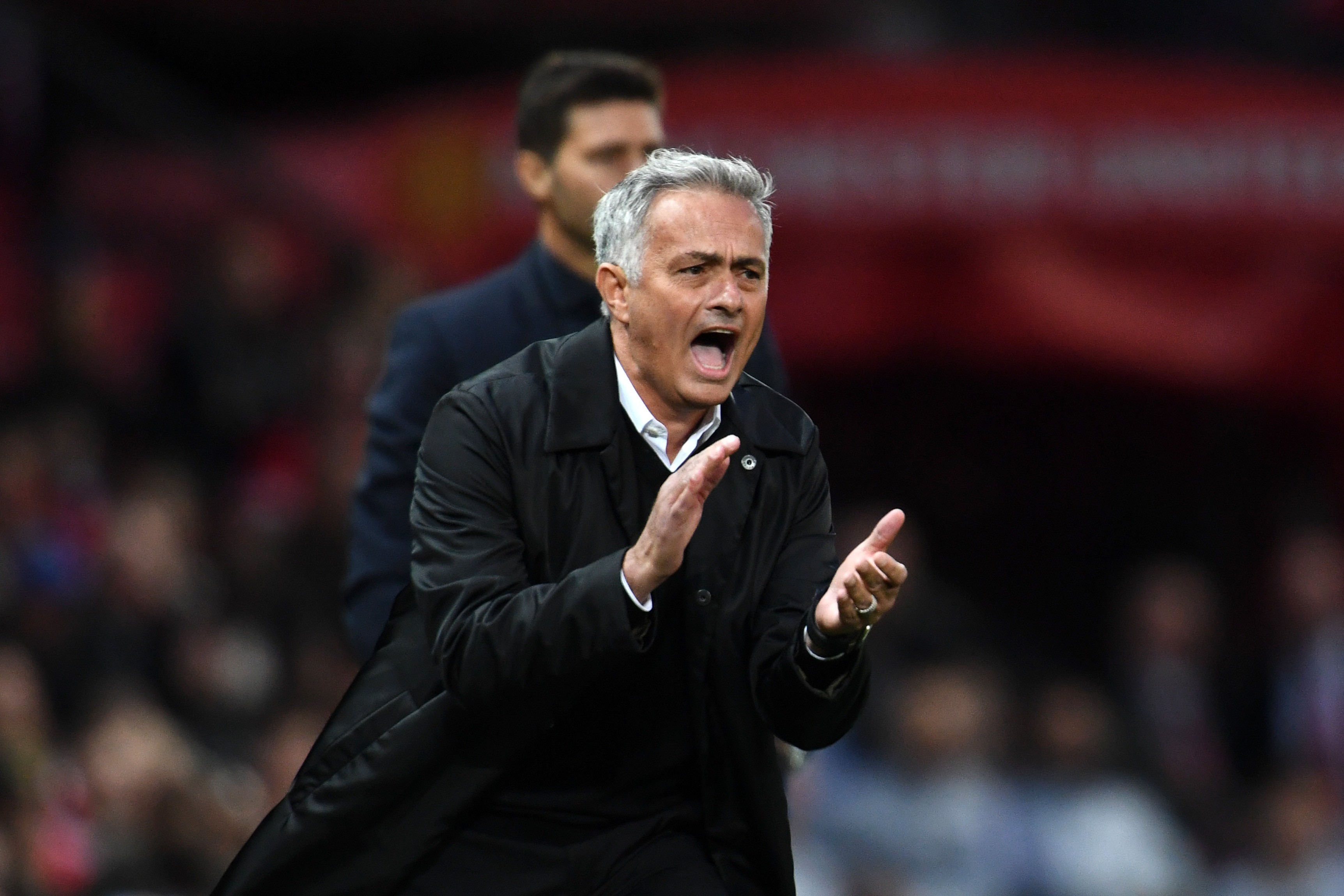 There was a lot of talk after United's 3-2 defeat away to Brighton & Hove Albion of the Portuguese coach moving away from the back four. When the team was announced, it had the feel of four-man defence, but once the game started Mourinho surprised everyone.

Ander Herrera was asked to play on the right of a three-man central unit, with Antonio Valencia and Luka Shaw as wing-backs. With Nemanja Matic as the deepest midfielder, both Paul Pogba and Fred were allowed to push on.

In the first half, the experiment worked. The home side had purpose and drive, defended well and could and probably should have taken the lead when Lukaku missed a great chance faced with an empty net.

Yet, things got much worse in the second period, the Spanish midfielders position deteriorated and poor defending across the line saw United concede twice in two minutes.

Smalling had some positive moments, but combined with the efforts of Jones, Herrera and Victor Lindelöf off the bench, it became a defensive nightmare. It suggests Mourinho and his system might not be the problem, regardless of how this back-line is set up, they just aren't good enough.

Manchester United came out the blocks firing in the second half, but just moments after Pogba saw a shot flash past Lloris' right-hand post, Spurs took the lead.

Kieran Trippier flung in one of his dangerous corners and Kane rose superbly well to guide his header back across goal and into David De Gea's back post.

Phil Jones thought he had his man covered, but the Golden Boot winner timed his execution to perfection and his second of the season.

Which means the 25-year-old has found the net twice in August, taking his Premier League total for the month to four in five campaigns. The jinx is well and truly over and hopefully this will be the last we hear of it.

By this stage last term, Kane was goalless, if he is still only warming up, it could be another superb season for the England striker.

Ashley Young did a good job in the role last season, but he was never a natural in the role, especially having to cut inside on to his stronger foot to deliver crosses.

Ever since he signed from Southampton, everyone has been waiting for Luke Shaw to make the position his own and we saw on Monday, despite conceding three times, the 23-year-old look ever bit the part of a United full-back.

Constantly pushing forward, most of the home sides' attacks came down the left. No one made more touches of the ball or completed more passes than Shaw. He delivered four crosses, five long balls and three key passes.

On the sideline, Mourinho made a point to applaud the Englishman's work and went straight to the left-back at the final whistle to acknowledge his effort.

Where now for Mourinho?

United's next three games come against Burnley, Watford and Wolves. On paper, it's not a bad run. Yet, trips to Turf Moor are never easy, the Hornets are playing very well, scoring seven goals in three games and the newly promoted side showed against Manchester City on Saturday, they can trouble anyone.

Mourinho could quite easily take his team and win all three games, pick up nine points and paper over the cracks. Yet, there is a very good chance, if they continue to defend how they have been, they could lose all three.

Six points would be seen as a success, three a disaster.

The vultures are beginning to descend on the Portuguese coach. Losing to Spurs is not a disgrace, but 3-0 at Old Trafford is unthinkable.

If after six games, a team of United's stature only have nine points to show for it – the same total both Liverpool and Spurs have at the moment – the anti-Mourinho sentiment is only going to grow.

Anything worse and it will be hard to justify allowing him to guide this club who will not want to face another spell out of the Champions League.