Rangers fell to a 2-0 defeat in the first leg. Can they find a way back into the tie here? Find out with our Rangers vs Union Saint-Gilloise match preview with free tips, predictions and odds mentioned along the way.

Rangers will win the game

Rangers have not had too much difficulty when it comes to finding the back of the net; they scored 10 times in their last six matches. Conversely, the Gers have conceded their fair share of goals; they have seen their defense breached in five of their last six games. To be fair, Union Saint-Gilloise have not conceded many goals recently; however, they did score eight goals in their last five games. We would like to point out that both teams scored in four of Rangers' last six games; and considering both teams have consistently gotten on the score sheet recently, both teams should score.

Can the Ibrox faithful inspire a comeback?

Union Saint-Gilloise might hold a decent lead from the first leg of this tie but Ibrox is a special place – especially on European nights. With both sides having contrasting fortunes since that first clash there is enough falling into place to believe this tie is far from dead.

Rangers bounced back from their disappointing 2:0 loss at Union Saint-Gilloise by beating Kilmarnock last weekend; they have now won four of their last six matches across all competitions. The Gers will welcome Union Saint-Gilloise to the Ibrox on Tuesday; will they be able to overturn a two-goal deficit?

Union Saint-Gilloise's unbeaten run ended with a 3:0 loss at the hands of Mechelen last weekend; prior to that loss, they were unbeaten in eight matches, with four wins and four draws. Union Saint-Gilloise will look to put that loss behind them as they take on Rangers; the victors will face either PSV Eindhoven or Monaco in the playoff round.

A quickfire FAQ on Rangers vs Union Saint-Gilloise 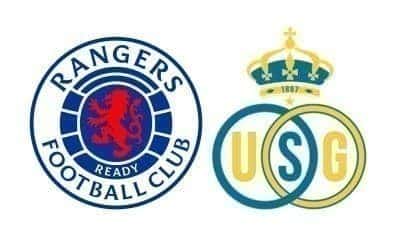