Flamengo look to continue their 100% record in Group G when they make the trip to bottom side Union la Calera on Wednesday. The hosts are yet to win any of their group games and go up against a Flamengo side that are flying in this season's Copa Libertadores, so claiming even a draw would be considered a good result this week.

Read on for our full match preview and prediction for Sporting Union la Calera vs Flamengo in the Copa Libertadores.

Flamengo top Group G with three wins from their first three matches, scoring 10-goals and conceding 5. The visitors beat Union la Calera 4-1 when the two sides met in brazil last month and Union la Calera have lost four of their last six matches in all competitions and Flamengo have won each of their last six fixtures. Both teams have scored in three of the host's and five of the visitor's last six games, so you can see why we have backed an away win and goals at both ends of the pitch this Wednesday.

Ober 2.5 goals were scored when these two sides last met and have also been scored in four of Union la Calera's and each of Flamengo's last six outings in league and cup. Gabriel Barbosa top scores for Flamengo in this season's Copa Libertadores with 5-goals and we expect him to find the back of the net against Union la Calera and lead the visitors to a comfortable victory.

Flamengo ran out 4-1 winners at home against Union la Calera and were going for a similar result in Wednesday's reverse fixture. Flamengo aren't a team that keep many clean sheets but they have scored exactly three goals in each of their last three away games. Union la Calera lost 3-0 in their last match but are expected to at least register one goal on Wednesday.

Chile's Union la Calera sit 6th in their domestic league and bottom of Group G in the Copa Libertadores. Wednesday's hosts don't seem to be on the same level as any of the other three teams in their group and have so far only managed to secure a single point from their opening three matches. Quite honestly, Union la Calera must win on Wednesday against the group favourites to stand any realistic chance of securing qualification for the knockout stage, but that is a task much easier said than done.

Flamengo will be confident of making it four wins from for in Group G which would guarantee their place in the knockout stage with two games still left to play. What Flamengo lack in defensive stability they more than make up for in firepower. The visitors have scored 10-goals in their opening three matches of this season's Copa Libertadores and they themselves boast the competition's current top scorer, Barbosa, who has 5-goals to his name. Flamengo cruised to a 4-1 win when these two sides met last month and we're expecting another comfortable victory for the Brazilians on Wednesday. 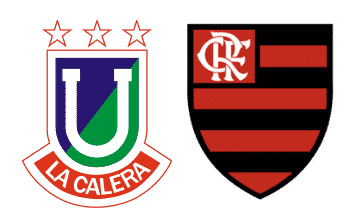