In terms of truly unforgettable World Cup moments, it’s tough to think of any better than the 1966 World Cup if you are an England football fan. This was the one and only time that the England national squad was able to win the biggest tournament in the sport. And they have not made a World Cup final since that event. Of course, there are many famous tales surrounding this final, and all of the players involved in the England team for that tournament have gone down as legends. 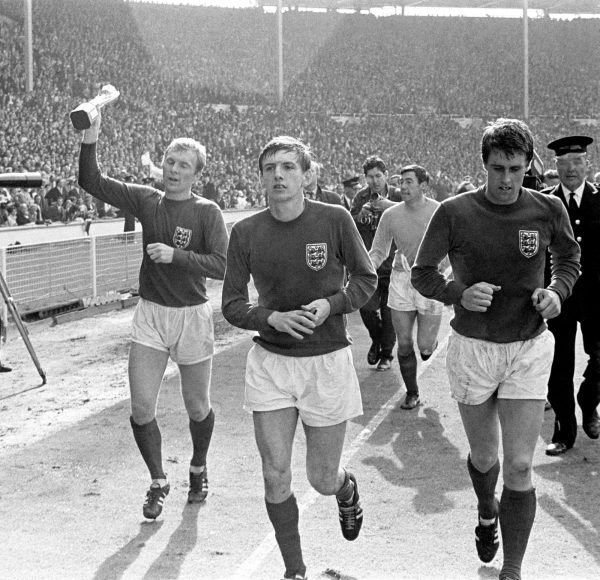 But despite so many tales that we could talk about, there are two that rank above all others. These relate to what is now known as the ‘Russian linesman’ as well as the famous commentary that occurred moments prior to the winning goal – “people on the pitch”. Both parts are immensely enjoyable to look back at, and our intention here is to share the key details that gave birth to these legendary tales from the 1966 World Cup final.

For that reason, let us kick things off by running through the famous ‘Russian linesman’.

Believe it or not, this legend is based on a complete lie. That’s because the famous linesman wasn’t actually Russian at all – he was from Azerbaijan! But before we get ahead of ourselves, let us introduce Tofiq Bahramov and identify his role in the 1966 final. Bahramov was a football player in his younger days before he chose to be a referee instead. He was born in 1925 in Azerbaijan, which was part of the Soviet Union back then. You can probably see where the title of the Russian linesman has come from already!

However, he was only given this famous title because of his role in the final. When England played West Germany at Wembley in 1966, Bahramov was one of the linesmen. Of course, he was responsible for many decisions relating to offsides, balls out of play, and specifically for this story – deciding whether a ball had crossed the goal line or not. The final would go to extra time since England and West Germany were locked at 2-2 after 90 minutes. And after 11 minutes of extra time, Geoff Hurst of England hit a shot that rebounded off the underside of the crossbar.

Because of Bahramov’s Soviet Union birth, fans were quick to attach a nickname of the ‘Russian linesman’ to him for this decision.

“People on the Pitch” – Kenneth Wolstenholme

The story behind the Russian linesman is just one key part of the tale here. And as stated previously, we wanted to share another famous moment in history. For this one, however, we have to visit the commentary box rather than the pitch. As it happens, this story also relates to extra time, and it was the moment when England captured the World Cup trophy.

On July 30th, 1966, the final between England and West Germany was enjoyed by more than 30 million viewers watching on TV. And one of the commentators covering the game for the BBC was a man by the name of Kenneth Wolstenholme. He didn’t know it at the time, but he was about to coin one of the most famous phrases in sporting history, especially in the UK. In the dying seconds of the game, Germany was pressing and going for the equalizer around the England goal. 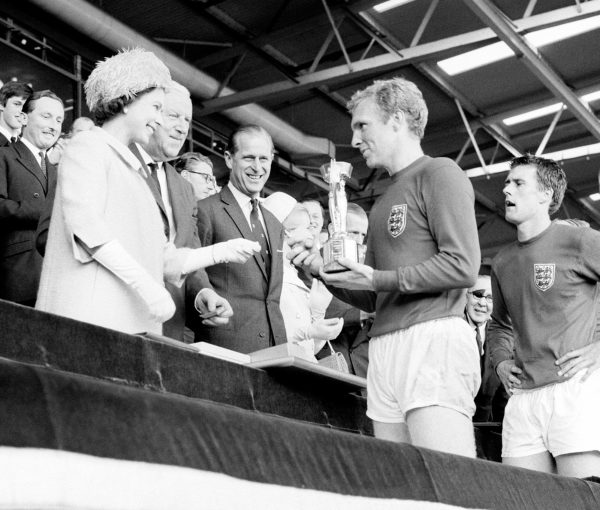 They lost the ball and the England squad booted it up the field to clear the danger. Bobby Moore picked out Geoff Hurst with a long-range pass, and since the German defenders had pressed so high up the pitch, Hurst was essentially clean through on goal. As he darted forward with the ball, spectators had already started running onto the field in confusion that the match was already over, which is when Wolstenholme said part of his famous quote – “Here comes Hurst. He’s got, some people are on the pitch”.

Clearly, Wolstenholme was distracted by the commotion going on. Yet the second part of the quote was to become one of the most famous and indeed, most used in sport in the UK – “They think it’s all over. It is now”.

Obviously, the legend of the Russian linesman and this famous commentary phrase are things that people always talk about regarding the 1966 World Cup final. But the game itself was also fantastic, which is why we want to also provide an overview. As you know already, the final was contested between West Germany and England. The game was played at Wembley Stadium in London, on the 30th of July, 1966. Both teams had been dominant throughout the tournament, although arguably, West Germany was still favoured to walk away with the World Cup trophy. However, with home support, England was always going to have a fighting chance.

West Germany took a lead after just 12 minutes courtesy of Helmut Haller – not the ideal start for England. But England didn’t panic. They remained composed, and in the 18th minute, they won a free-kick that wasn’t too far out of the German box. Bobby Moore rushed to take this free-kick, finding the head of Geoff Hurst. The header was sent down and bounced into the German net, levelling the game at 1-1. However, this would be the end of the goal action until the 78th minute.

This is when a corner was sent in by Alan Ball of England, and Martin Peters managed to get onto the ball and stick it in the net – 2-1 England. Of course, scoring at this stage in the game was terrific for England, and many thought that this would be the end. But the Germans had other ideas. A fumble in the England six-yard box saw the ball come to Wolfgang Weber, and in the 89th minute, West Germany equalized to make it 2-2.

Extra time – they think it’s all over, it is now

The nerves and fatigue were starting to show when overtime commenced at Wembley. However, it was England who was looking slightly fresher and more motivated to take the game to West Germany. England pressed hard in the first five minutes, and Bobby Charlton actually hit the post in that period. But at the 11th-minute mark, England finally sent the ball into the back of the German net, or so the history books tell us. This is where the Russian linesman stepped in to award the goal to England, and it gave England a 3-2 lead in extra time.

With West Germany falling behind, they were forced to press higher and higher up the pitch in search of an equalizer. And at the very end, with every man forward, England stole the ball and hoisted it up the field. This is where Hurst dealt the final blow and made it 4-2 to England, and the game was over moments after.

Did the ball actually cross the line?

Given the way in which England scored the 3rd goal, a global debate was instantly sparked. And this debate was about whether the ball did in fact cross the line or not. It would be decades later before we would know the official answer. That’s because there was just no technology available to give an answer with any kind of certainty at the time. As it happens, the conclusion was that only 97% of the ball crossed the line, which means that the goal should never have been awarded. Of course, in football, the entire ball has to cross the line for it to be confirmed as a goal. 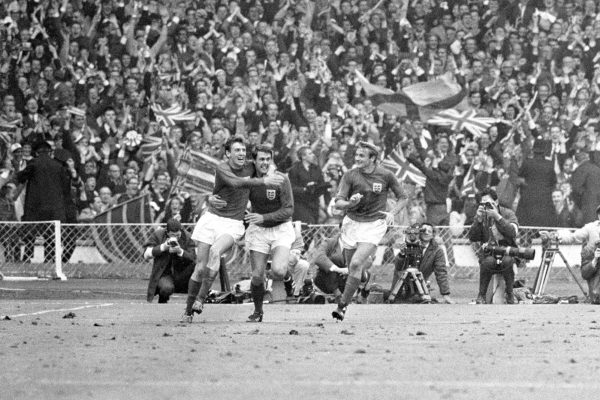 However, when trying to determine this with the naked eye, one could be forgiven for thinking that the whole ball did cross the line. And that’s the conclusion that Bahramov reached at that moment, so who would blame him for giving this decision really? After all – he was 97% correct. Of course, this sympathy for his decision depends on which side of the game you were on, but history is history. The fact remains that Bahramov did award England with the goal and they went on to capture the 1966 World Cup.

And if you wanted to be really political about things, one could say that karma worked its magic in Germany’s favour during the 2010 World Cup. You might recall that Frank Lampard hit the underside of the bar during England’s knockout game against Germany in that tournament. The ball travelled far over the line yet the goal was never awarded. Would it have changed the game? Who knows, but they do say that history repeats itself!