When you think of the World Cup, it’s tough to come up with a team that is more synonymous with the event than Brazil. They are the most successful World Cup team in history, with five titles to their name. This actually puts Brazil in a league of their own in terms of World Cup glory. No other team in the world has managed to win five World Cup trophies. In fact, there are only two other nations that have even come close with 4 titles each. These teams are Germany and Italy. So needless to say, Brazil is a fairly important nation when it comes to World Cup history.

But as you may also know, Brazil hasn’t always been the wealthiest nation on the planet. And the country has had its fair share of problems in terms of politics, inequality, economics, and other things too. All of this was firmly on show prior to the 1938 World Cup too, when Brazil was enduring some serious problems relating to the powers that be. Between the years 1930 and 1945, Brazil was essentially led by a coup, with a man by the name of Getulio Vargas at the helm.

Because of this, things like public funding for various parts of Brazilian society weren’t exactly easy to come by. And that’s where this story comes into view. Amazingly, football in Brazil was only officially recognized as a professional sport the year prior, in 1937. So as you can imagine, there wasn’t an unlimited financial pool for the team to take advantage of in the hope of success at the 1938 World Cup.

Therefore, the team needed funding and they needed it quickly, which is where the legend of raffle selling to help them reach the 1938 World Cup is born. 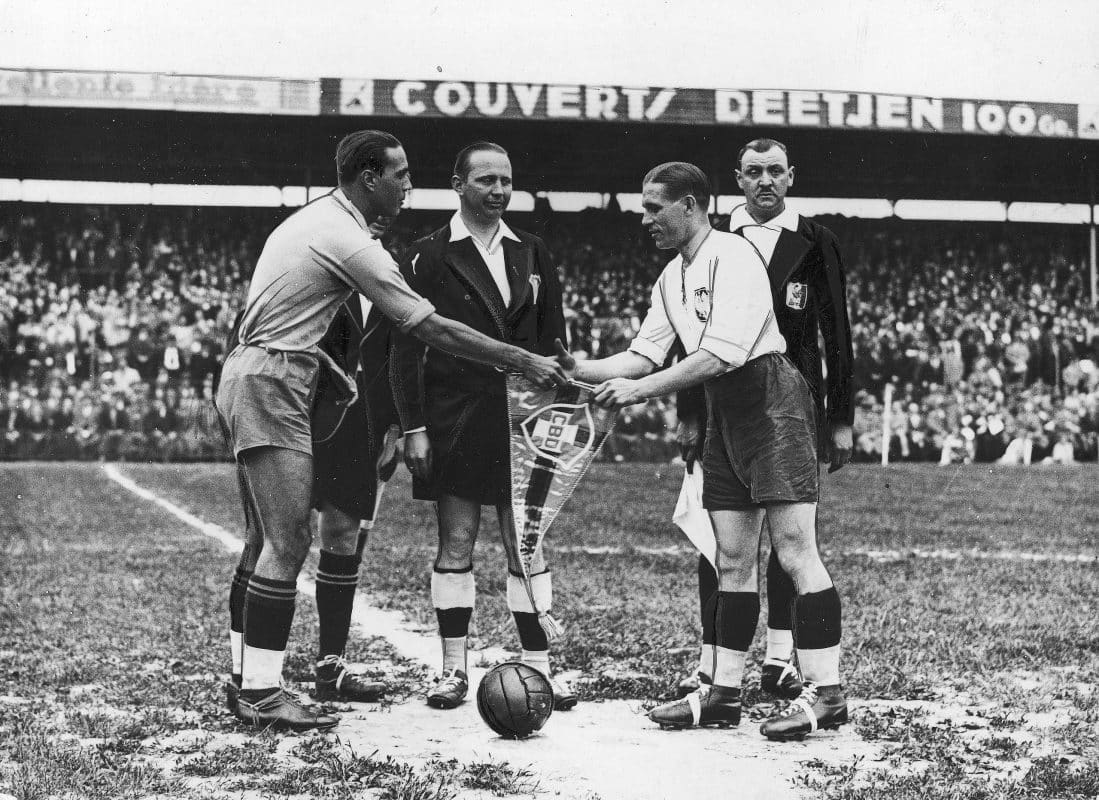 The general overview of this tale from 1938

Just what does raffle selling have to do with the Brazilian national team and the 1938 World Cup? Well, let us expand a little further on the points raised above. Essentially, Brazil was struggling enormously for adequate funding ahead of the event. With professional football only being made official in 1937, the sport just hadn’t had the time yet to gain momentum and attract enough interest from a financial perspective. So long story short – they were facing the real probability of not being able to travel to the World Cup because they just didn’t have the funds.

To give you some more important information, the 1938 tournament was going to be held in France. And getting to France from Brazil wasn’t exactly a walk in the park back then – nor was it cheap. Once the team started to vocalize the issues facing travel and their potential participation in the World Cup, big business stepped in. While there is no publicly available list of companies that stepped in, we do know that this wasn’t a one-company operation. However, the only company that is known to have stepped in is ‘Banco do Brasil’.

This is Brazil’s national bank, so they had plenty of reach across the entire nation to start raising funds. On that note, the many companies that stepped up to help the national team make it started to run raffle ticket competitions. Individuals were then able to purchase various stamps on these raffle tickets for a price of 500 Reais each. No prizes were available, but the marketing angle was that by purchasing one, you’d be considered a ‘patriotic investor’.

And through this strategy, according to legend, more than 100,000 stamps were sold within a matter of days. But that’s not the end of the tale!

What we know about the story 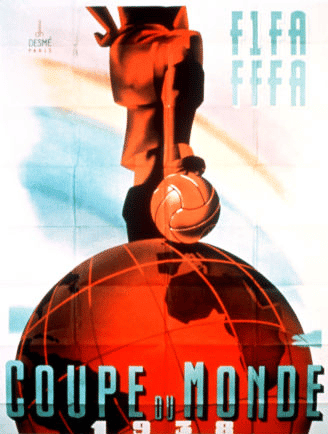 Okay – you now have an idea of what was going down in Brazil during those times. You also know where this initiative of selling stamps on raffle tickets came from. And interestingly, this action of selling stamps and raffle tickets still goes on in Brazil for various initiatives. So it’s clear that this activity has had the support and approval of many Brazilians for more than 80 years already.

But what else is there to discuss relating to the funding of Brazil’s travel to the World Cup in 1938? Let us share some more specifics right now.

Funding was mainly given by wealthy Brazilians

Unless you have been involved with Brazilian society or have travelled there at some point, you’ve probably no real idea of how much 500 Reais is. Of course, the ‘Real’ is the national currency of Brazil, and its value is quite different from currencies such as pounds or Euros. But to give you some perspective, in today’s terms, 500 Reais is approximately £85 – not exactly chump change. Bear in mind that we haven’t adjusted this figure for inflation, but even today, 500 Reais would not be considered a small fee for the majority of Brazilians.

And back then, the fee carried even more weight to it. So in reality, it was only wealthy Brazilians who could contribute to the fundraising efforts. However, the efforts obviously targeted the right people since they sold more than 100,000 stamps in only a few days.

All funds collected went towards travel

The whole idea of the sale of stamps on raffle tickets was to help the Brazilian national team get to the World Cup in France. Of course, the money raised wasn’t only allocated towards travel, but it was also intended to help with fees while the team was over there too. Things like hotels, food, and many other important things were also taken from the budget raised from raffle sales. With this said, the good thing about the fundraising efforts was that the entire money raised went towards the World Cup campaign – specifically travel, as this was the most expensive part of competing.

To give you an idea of why this was the case, the team couldn’t simply hop on a flight and be in France within a matter of hours. Instead, the team had to sail to France by boat, and this form of travel was still incredibly expensive at the time.

Lack of funding wasn’t the only problem 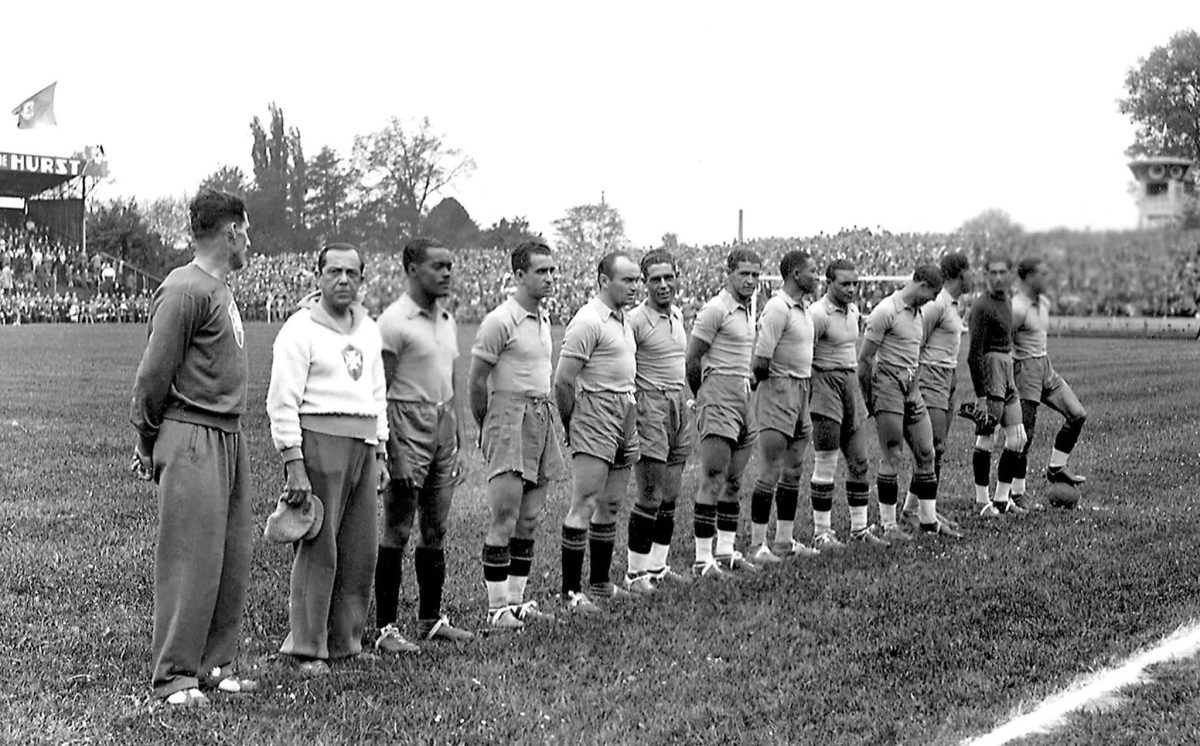 Of course, this legendary tale was born out of necessity. And to some extent, it highlights just how important the World Cup is to the Brazilian people. However, there is a dark side to this tale as well, and it caused plenty of backlash on the players who were due to compete. Remember what we said about football now being a professional sport for 1938? Well, it would seem that this went to the heads of many players involved.

Obviously, it was hard enough to raise the necessary funds for Brazil to compete in the 1938 World Cup. But amazingly, the financial problems don’t stop here. The new director of the Brazilian Federation of Football took it upon himself to highlight ten commandments for the players who were set to travel to France and represent Brazil. These commandments highlighted all kinds of things, but one of the most important was the associated compensation for players representing the country.

After all, now that football was a recognized profession, players suddenly expected to be paid. And the Brazilian players didn’t take too kindly to the financial terms that were presented to them. In fact, after being presented with the ten commandments, the players wrote back and collectively signed a series of financial proposals. They wanted 25,000 Reais a day, starting from the day of sail. The team wanted 1.5 million Reais a month as an overall minimum, as well as 1.5 million Reais paid to each player combined with winning bonuses for the team of 500,000 Reais.

While the terms were met, the players received considerable criticism for the lengths that had already been gone to for them to compete in the first place.

How important this was for Brazil in the 1938 World Cup

Now that we’ve covered all that you need to know surrounding this story, a conclusion still needs to be reached. It’s clear that this activity did occur, and yes, the overall travel for Brazil to compete in the World Cup was funded through raffle sales. But the conclusion we want to reach is regarding the importance of these funding efforts.

After weighing up each part of the story, we think it’s fair to say that without the funding obtained from these sales, there would have been no Brazil in the 1938 World Cup. Adding to that, the fact that Brazil managed to travel to France and make the semi-finals is seriously impressive. They went from a side that potentially couldn’t even get there to a side that posed a real threat to the title. Brazil went on to reach the final of the very next World Cup tournament in 1950 but lost 2-1 in their own backyard against Uruguay.