There have been some epic upsets in the World Cup over the years. But try as we may, it’s tough to come up with an upset that received as much attention as this. The victory for Uruguay in the 1950 World Cup final (played as a single final group) still ranks as perhaps the biggest upset in the latter stages of the competition. To truly understand the scale of the upset, however, you’ve got to understand the tournament, the event, the atmosphere, and other things that made this upset so unforgettable.

Now, in 1950, Brazil had yet to win a World Cup. This was just the 4th edition of the tournament since the two prior events were cancelled because of World War II. And interestingly, Uruguay had already won the first edition of the World Cup back in 1930. So really, one could say that the pressure of winning a World Cup was heaped on Brazilian shoulders rather than those in Uruguay shirts. 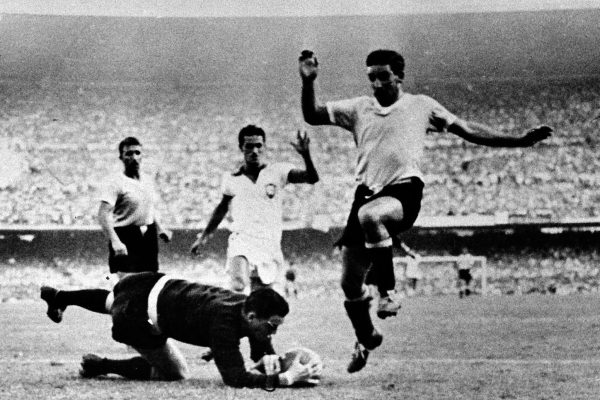 However, despite the fact that Brazil hadn’t won a World Cup at that point, they were heavy, and we mean heavy favourites to win the tournament – specifically this game against Uruguay. This was the final game from the final round of the event, which also makes this the only World Cup in history where the champions were decided in a final group rather than just one final match. Brazil needed to simply not lose the match and they would be crowned World Cup champions.

But they lost the game by a score of 2-1, and to this day, the match dubbed ‘El Maracanazo remains one of the greatest upsets in football history.

The build-up to this shocking match

Not that you’ve had a taster of what occurred back in 1950, let us set the stage on a more specific scale. The 1950 World Cup was held in Brazil, and the stadium where this match was played, the Maracana Stadium, was built specifically for the tournament. At the start of the tournament, there were 4 groups, with both Brazil and Uruguay topping their individual groups. This created a final group consisting of four teams, all bidding to win the World Cup when all was said and done.

This final group contained Brazil, Uruguay, Spain, and Sweden. And here’s where you truly get a taste of how Brazil was so heavily favoured to win. Brazil played Sweden in the opening game of the final group, and they won the game 7-1. Following the win against Sweden, Brazil went on to thrash Spain by a score of 6-1. As for Uruguay, they drew against Spain and narrowly beat Sweden with a late winner in the 85th minute. So as you can see, Brazil was the dominant team in the group, hence why they were so confident going into the game.

It seemed like the stars were finally about to align for the Brazilian national team. Of course, the country and players were incredibly excited about this prospect, but it just wasn’t meant to be in the end. Uruguay upset the Brazilians by coming from behind in the game, behind in the final group standings, and ultimately – they snatched the World Cup from Brazil in dramatic fashion.

The most interesting parts of this story

While the victory that took place on the pitch was impressive, it’s all of the off-pitch stuff that has transformed the 1950 World Cup final game into one of legend. As we’ve already mentioned, Brazil were immense favourites going into this final match. With 13 goals scored in the first two games, it seemed inevitable that they would steamroll Uruguay and claim the title. However, much of this hype may have turned into ‘overconfidence’, and we don’t mean this on a small scale.

On that note, let us run through some of the more interesting parts of the story so that you really get an idea of what happened in Rio de Janeiro back in 1950:

The attendance in the Maracana Stadium for the match

As we’ve stated previously, the Maracana Stadium was made specifically for the 1950 World Cup tournament. The stadium stood tall and proud against the backdrop of Rio de Janeiro, and rumours suggest that more than 200,000 people actually attended the match. Since this was prior to all of the regulations that required spectators to have a designated seat, Brazilians piled into the stadium in their masses. As for the official spectator numbers, the figure quoted is 173,850.

Needless to say, the atmosphere inside the stadium for that particular match must have been incredible. And because of these numbers, ‘El Maracanazo’, as the match is known, was the highest-attended football match in history. Perhaps most staggeringly, due to these numbers, experts say that around 10% of the total population of Rio de Janeiro were inside the stadium to witness this match. 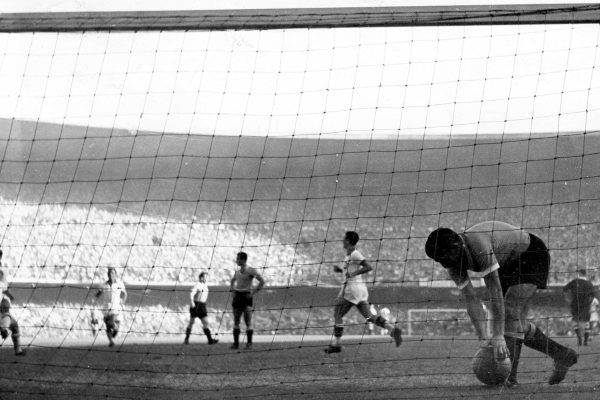 Yet while the atmosphere must have been something out of this world, we can only imagine the pressure that the Brazilian players must have felt. This will become all the more clear as you read through the rest of the interesting facts about this game.

Brazil’s dominance and previous match against Uruguay in Copa America

There were two reasons really as to why Brazil was so heavily favoured against Uruguay in 1950. Firstly, Brazil dominated the entire event up until the final match. We’ve stated earlier that Brazil scored a total of 13 goals against Spain and Sweden combined. But if you look back at Brazil’s initial group stage, they did in fact score a total of 8 goals in just 3 matches. This included a 4-0 battering of Mexico in their opening match. So to say that Brazil was playing the most dominant football would perhaps be an understatement.

Yet that’s just the first reason. The second reason, as highlighted, is because Brazil had actually played Uruguay in a major event just one year prior. This occurred in the Copa America competition, and Brazil managed to beat Uruguay by a margin of 5-1. Again, you can see why Brazil would feel quite confident heading into this final match against Uruguay.

Winning celebration for Brazil was made prior to the game

This is one of our favourite parts surrounding the whole story. Essentially, the Brazilians were so confident of victory that a special song and celebration had been made ahead of the match. According to reports, this song had been created and the supposed celebration had even been practised to follow the final whistle. Translated, this song was given the name of ‘Brazil the Victors’, yet as we now know, this never actually happened.

Since nobody actually got to witness the celebration since Uruguay spoiled the party, we will never actually know how Brazil was meant to celebrate. But it’s a cool element of this enormous upset nonetheless.

Newspapers were published claiming victory the day before the match

One of the major downfalls for Brazil going into this match was overconfidence. Then again, what were the players supposed to think when the nation had all but claimed victory before a ball was even kicked? Apparently, Brazilian radios and TV shows were talking as though Brazil had already won, and this was the case during the entire build-up to the match. However, one of the most striking displays of over-confidence for us relates to the newspapers of the major cities in Brazil.

With Rio de Janeiro being the capital of Brazil at the time, ‘O Mundo’, which was the local newspaper, was printing papers the day before talking about the team as champions already. Adding to this, ‘Gazeta Esportiva’, which was the main newspaper in Sao Paulo was doing the same. Bear in mind these were two major cities, especially Sao Paulo, which was already home to millions of people. Finally, O Mundo backed this up with another publication on the day of the game claiming Brazil as champions. 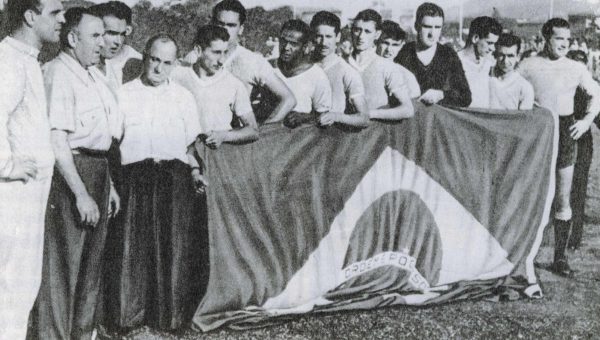 Rumours state that Uruguay’s captain ahead of the game actually saw these papers and bought a bunch of them to take back to the team hotel. Apparently, he actively encouraged his players to spit on the papers to hype them up.

22 Golden Medals were made for Brazilian players

Everyone knows what the World Cup trophy looks like – it is iconic. With its shimmering gold appearance, it’s hard to think of anyone who wouldn’t want to get their hands on it one day. But Brazil didn’t want to wait that long, nor did they want to have just one trophy that they had to share.

So ahead of the final match, rather than a trophy, there were supposedly 22 individual gold medals made – one for each guy in the Brazilian squad for the 1950 World Cup. These were all engraved with the players' names on them in preparation of victory. But much like other victory plans, these never materialized, nor were they handed out to the players.

However, it’s not all bad. While Brazil lost the game they have gone on to win five World Cup trophies, whereas Uruguay still has just two.