Goalkeepers have to be a special breed. They are there to be shot at, both figuratively and literally, and occupy a uniquely demanding position. They are the last line of defence, their mistakes the most costly and visible of anyone on the pitch.

It’s fair to say few dream of becoming a goalkeeper. When playing park games or small-sided kickabouts, many try their best to avoid a stint between the sticks. An isolated role, with a high level of responsibility and a small margin for error, it carries little obvious appeal.

To a certain degree the nature of the goalkeeper’s role lends itself to being filled by unusual characters; the oddly proportioned, the loners, the mavericks.

Where strikers are routinely acclaimed as heroes, goalkeepers are more likely to find themselves cast, often unfairly, as villains. In the majority of matches, the best that can be hoped for is to go unnoticed. Performing with such consistency and assurance that their contributions pass without comment. In some senses, a good goalkeeper tends to be inconspicuous.

Throughout football history, the role has been underappreciated and, as a result, undervalued. The biggest awards and personal accolades in the game are rarely, if ever, given to goalkeepers. While transfer fees and wage demands at the top level have spiralled goalkeepers continue to lag behind the curve, with a few notable exceptions.

Gianluigi Buffon is perhaps the most obvious. In 2001 he smashed the transfer record for the world’s most expensive goalkeeper when moving from Parma to Juventus for £32.6million. It took 16 years, when Ederson signed for Manchester City, for Buffon to finally be usurped, in sterling at least. Thibaut Courtois, Alisson and Kepa have followed in quick succession as the importance of the position has received a long overdue reappraisal.

Buffon repaid that huge fee many times over during his 17 seasons at Juventus. He made 656 appearances for the club in all competitions, setting numerous records, and winning seven consecutive Serie A titles along the way. He was a model of consistency throughout – a colossal presence who inspired confidence in his defenders and brought doubt into the minds of otherwise unflappable opponents. 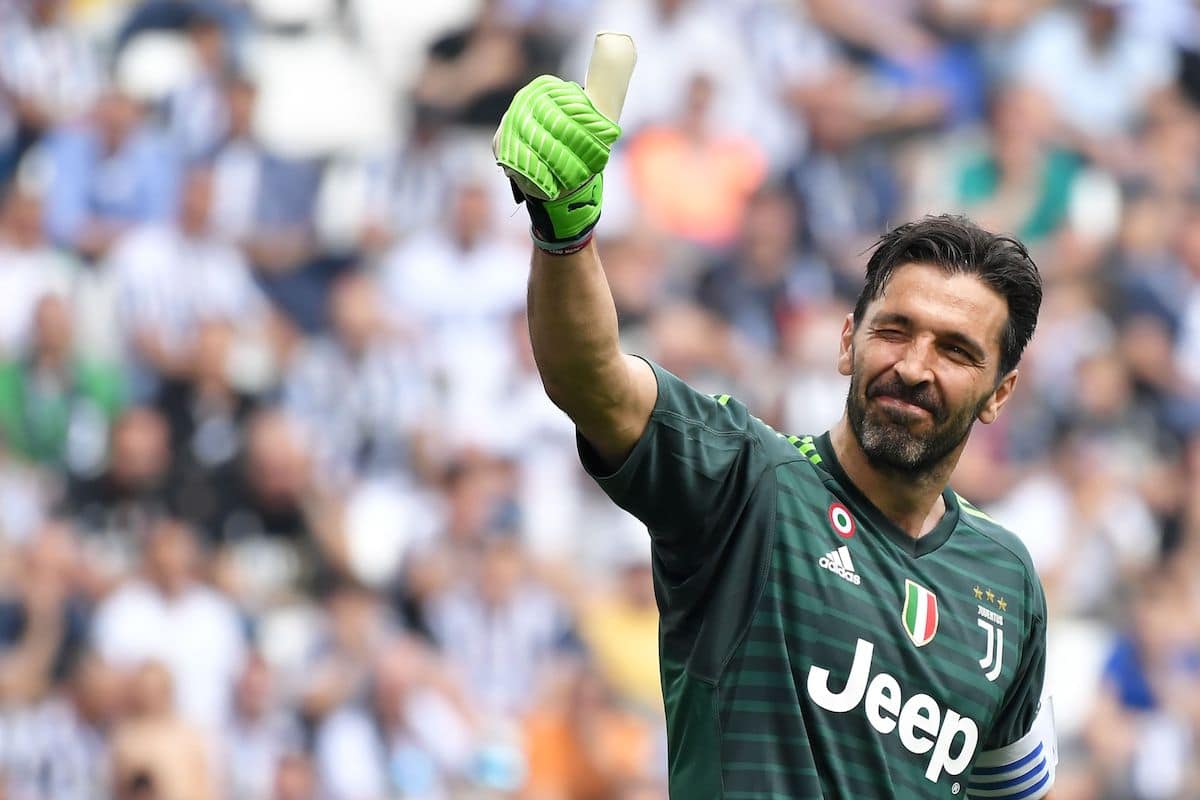 While it’s tempting to think of Buffon as a natural goalkeeper – tall, agile and technically flawless – he was originally an outfielder. Going in goal was an experiment, suggested by his dad, that would have unexpected and career-defining consequences. He soon started to make a name for himself and never looked back.

Rising through the ranks at Parma, he was promoted to the senior squad in 1995. Surprisingly, with first-choice goalkeeper Luca Bucci injured, they overlooked his more established deputy, Alessandro Nista, in favour of Buffon, who was called into the starting line-up for a league game against AC Milan at the age of just 17.

Most goalkeepers make their debuts at a much later stage, when they’ve had the chance to properly mature, but Buffon was a special case. Parma manager Nevio Scala entrusted him to start after outstanding performances in training and was rewarded for his show of faith.

Few could have blamed Buffon for being overawed at the prospect of facing Milan, and a forward line of George Weah and Roberto Baggio, yet he was utterly fearless. Already top of the Serie A table having won six of their first nine games, Fabio Capello’s side were a formidable proposition and would go on to claim the title ahead of Juventus, losing just three matches in the process.

If Buffon was expected to play it safe, and stay on his line as much as possible to avoid making any obvious errors, he didn’t follow the script. When Stefano Eranio was played in by Weah’s clipped through-ball, the young goalkeeper seized on his chance to charge out and thump the ball away before it could be brought under control.

He continued to be bold and take the initiative rather than simply sit back and respond to events, claiming a couple of crosses to relieve the pressure on the Parma defence. He also made an instinctive save to deny Roberto Baggio’s close-range header.

In a tense and highly competitive game, which featured a few on-field clashes, Buffon kept his composure. Even when Baggio was withdrawn towards the end of the second half, Milan were able to call on Marco Simone, their top scorer from the previous season, as his replacement. Still they couldn’t find a way through.

Simone would have the best chance to win the game when a corner was flicked on and found its way to him, unmarked just outside the six-yard box. He took a touch and turned to shoot but Buffon had already stepped forward to narrow the angle and flung himself in the way, parrying the ball clear. It was a superb stop.

Although Parma had chances of their own, Buffon was certainly the busier of the two goalkeepers. Late on he rushed out at Weah’s feet to preserve a clean sheet and a valuable point. His performance left an indelible impression on both managers.

“He had an extraordinary game, without celebrating in the slightest,” recalled Scala in a 2015 interview with Goal. “Even after the game, he thanked only the coach and the club for the faith shown in him.

“He had enormous technical qualities, but above all else, an incredible inner strength. He was a boy clearly far more mature than his age, but at the same time, he was not giving any great weight to what he was doing.”

Fabio Capello, who would later manage the goalkeeper at Juventus, remarked: “Buffon was Parma’s best player. His timing when he came off his line was excellent and his save against Simone was great. It’s unusual to see a 17-year-old who is so brave and determined.”

It was a remarkably assured display from Buffon, who would retain his spot for the next five games before Bucci’s return. By next season he was the club’s undisputed number one, and a year later he would win the first of his 176 international caps.

This was just the beginning of an outstanding career, notable for both its longevity and consistency. From his debut onwards, Buffon’s excellence has never been in doubt. Having set himself the very highest standards at such a young age, he has remained at the top ever since.

Even now, at the age of 41, and more than 1000 appearances further down the line, he continues to impress.