Both Ukraine and Austria head into the final game in Group C with 3pts on the board. A draw could prove to be enough for both sides to qualify for the knockout stage but we expect both nations to play for the win.

Read on for our full match preview and prediction for Ukraine vs Austria in the European Championship.

These two countries have only met twice before and as things stand, the head-to-head record is level at one win apiece. It's been almost a decade since these two nations last clashed for a friendly back in 2012 but when they have met, the games have always been close and competitive. Ukraine have only lost one of their last six international matches and Austria have avoided defeat in three of their last six fixtures. We're backing a draw between these two evenly matched sides but still expect there to be goals in the game.

We're expecting both teams to push for the win in this game and that means there will be chances at both ends of the pitch. Both teams have scored in the two previous meetings between Ukraine and Austria, while four of Ukraine's last six international matches have also ended with both teams scoring. Austria welcome back Arnautovic from suspension and the former Stoke City striker is likely to go straight into the starting eleven for this game.

The two previous encounters between these two countries have both produced over 2.5 goals and we're expecting plenty of goalmouth action on Monday. Ukraine's last three games have all seen over 2.5 goals scored, while three of Austria's last six outings have also witnessed at least three goals. Although we are backing a draw, we believe this game will be high-scoring and could well finish 2-2 or 3-3 depending on how each side takes their chances.

Ukraine vs Austria: The Key Stats

The Netherlands are the only team to have booked their place in the next round with a game to spare. De Boer's side secured a 3-2 win over Ukraine and then beat Austria 2-0 to move onto 6pts. Ukraine currently sit second in the group on 3pts after they toppled North Macedonia 2-1 after losing the opening game against the Netherlands. Austria also have 3pts on the board and they too beat North Macedonia but lost to the Dutch, so a draw between themselves and Ukraine could see both teams qualify in second and third place. North Macedonia are out of the competition having lost their opening two fixtures but gave a good account of themselves in what was always going to be a difficult group to get out of.

A draw could see both teams qualify

Ukraine secured a 2-1 win against North Macedonia but in truth, they could have won by more. Scoring goals hasn't been an issue for Shevchenko's men but they still look likely to concede in every game they play in, which will be of some concern. Yaremchuk and Yarmolenko have formed an excellent partnership in the final third and are both aiming to score for the third game running.

Austria disappointed against the Netherlands and now face a tricky game against a Ukraine side that likes to attack. However, Austria will see more of the ball in this game and looked sharp going forward in their opening game against North Macedonia, so Alaba and co will fancy their chances of winning this game. Arnautovic's return to the side could be just the boost Austria need in attack as he is a creative forward as well as a scorer of goals. 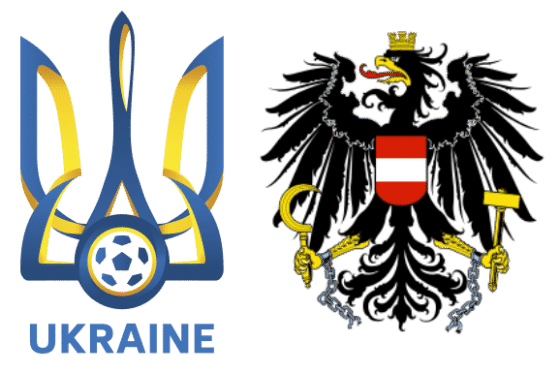