Born on November 3rd 1972, Ugochuku Ehiogu would learn the game the hard way, but his unwavering spirit and determination to succeed would eventually see him go on to become one of the most talented defenders England has ever produced in a career that was cruelly blighted by injury.

Growing up in Homerton, East London, Ehiogu started out on the long road towards becoming a professional at Senrab Football Club, the local team which boast the likes of Ray Wilkins, Bobby Zamora, Jermain Defoe, Sol Campbell and John Terry among its former players who have gone on to make a name for themselves in the game.

However, it was at West Bromwich Albion where the young defender would come through the youth ranks as a trainee, eventually turning professional in 1989, but his time at the Hawthornes didn’t last long thanks to his promising potential that was quickly noticed by some of the biggest names in the game at the time.

After just a few matches for Albion in the Second Division, Ron Atkinson signed him for First Division Aston Villa for £40,000 in August 1991 and just three years later he had replaced Shaun Teale as the main central defensive partner to Paul McGrath; just a couple of years after the club had almost beaten Manchester United to the Premier League title.

After receiving his first England cap in a pre-Euro ’96 tournament in China he became something of a stalwart at the Villa, remaining with the club for nine years and making well over 200 appearances in all competitions.

He also helped to bring much-needed silverware to the club as Villa won the League Cup on two occasions during his time at Villa Park, with the defender starting in their 1996 success over Leeds at Wembley, while he was also part of the side which lost the 2000 FA Cup final to Chelsea. 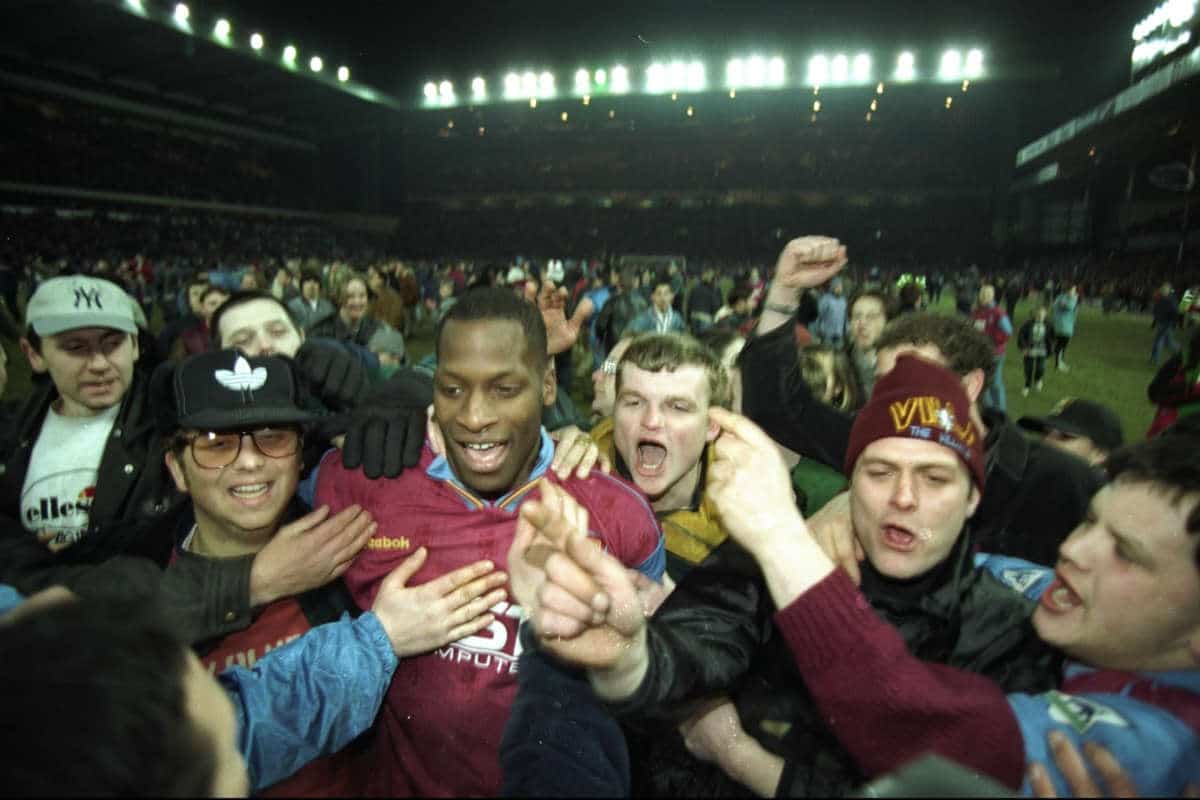 Ehiogu’s star had well and truly risen and he was now gaining recognition for being a strong and influential English defender, something of a rare commodity at the time, and it wasn’t long before his stock would rise sharply as interest in his ability grew.

In 2000 he joined Middlesbrough for a then club-record fee of £8m as he looked to establish himself as one of the country’s top centre-backs and impose himself on the England national side regularly.

But his time at the Riverside didn’t get off to the best of starts when he was forced to limp off four minutes into his debut at Charlton Athletic with a hamstring injury which kept him out for several months, in what was something of a sign of things to come.

Ehiogu quickly became a mainstay in the central defence after teaming-up with his former Villa team mate Gareth Southgate and, even though he suffered with a recurring knee injury during his time at the club, he more than played his part in their League Cup success against Bolton Wanderers – Middlesbrough’s first ever major trophy.

His performances for Middlesbrough also caught the eye of England manager Sven-Göran Eriksson who revived Ehiogu’s international career with a call up to the England side once again – which saw him score his only goal for his country in a 3-0 win over Spain at Villa Park in 2001.

The troublesome knee injury returned once again the following season and Ehiogu was forced to miss a number of important games, although Middlesbrough still managed to secure a place in the UEFA Cup for a second successive season under the guidance of Steve McClaren, but both men knew his time at the club was probably up.

Ehiogu agreed a move to West Bromwich Albion, the club where he had started as a 16-year-old, during the January transfer window of 2006, but the move fell through when a number of Middlesbrough players became injured and the centre back was deemed indispensable as cover. 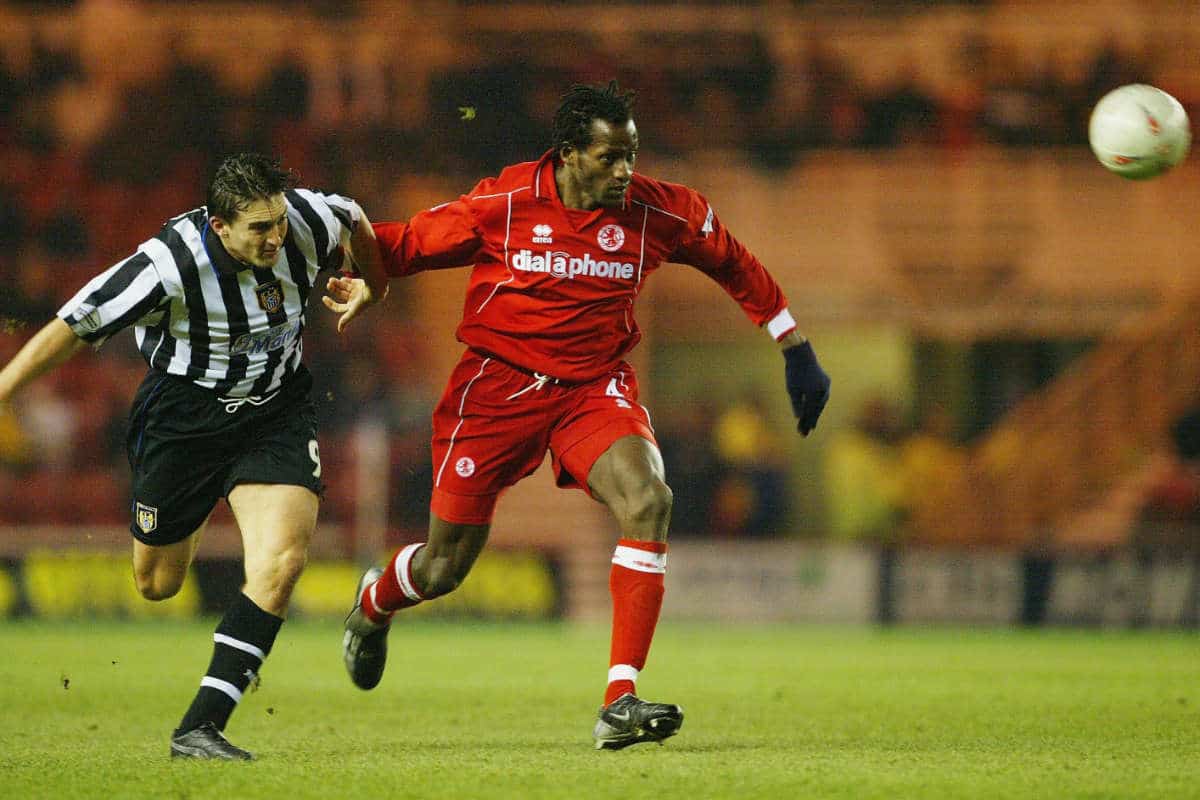 But in November 2006 he did eventually part ways with the North East club, moving to Leeds United on loan. Ehiogu was a regular in the United starting line-up during his time at Elland Road, though the move would not be made permanent after it was widely accepted he was unable to play two games in a week due to his knee injury.

From there he moved to Scotland after signing an 18-month contract with Rangers, who still felt he had plenty to offer, and they weren’t wrong. His first goal for the club couldn’t have come at a better time as a spectacular overhead kick in a 1-0 win against arch-rivals Celtic not only secured him a place in club folklore, but the strike was also voted goal of the season.

Ehiogu was simply delaying the inevitable, however, and a failed move to Sheffield United in 2008 would spell the end of his days as a professional player, finally retiring from the game in August 2009 after an unsuccessful trial with Milton Keynes Dons.

Before pursuing a coaching career Ehiogu threw himself into his other passion, music, setting up record label Dirty Hit, which boasts artists such as The 1975, Ben Khan, Superfood, Benjamin Francis Leftwich and Fossil Collective.

In 2010, he told skysports.com: “I miss parts of football, I miss the banter, but I was lucky enough to have 20 years of playing and that was enough of training, playing and the discipline. It had taken its toll, and my mind and my body were ready for a break.

“My love of football is massive, but my love of music is amazing. You have people eating out of your hands when you're singing, you have people singing the lines of your song.”

But football remained his first love and after a career that had been punctuated by serious injuries Ehiogu felt that a coaching role would allow him to once again immerse himself in the game while helping youngsters on their way to the long and fruitful career that he was so cruelly denied.

In 2014 Ehiogu joined Tottenham as the Premier League club's under-23s coach and it was here that the gentle giant would leave the game forever; cruelly cut down one last time after collapsing at the club’s training ground having suffered a cardiac arrest.

Ugo Ehiogu’s time in the game had promised so much and, but for a number of timely and ultimately career threatening injuries, we can only speculate on what more he might have achieved in a sport that he loved and ultimately died playing.

He leaves behind his wife Gemma, whom he married in 2005, his son, Obi Jackson, and his daughter, Jodie.