A late first-half goal from Fahad Bayo was enough to give Uganda an away win over Rwanda. This time around, they play hosts to the Wasps and will seek a similar result to make their case for pole position in Group E.

Here are our predictions for Uganda vs Rwanda.

The away win over Rwanda allowed Uganda to close the gap on Mali in the Group E points table. They will need a repeat of the same result over the Wasps to continue their push for the Eagles spot. Milutin Sredojevic will be confident in his approach as Uganda have won four of the last six meetings with Rwanda, with one match ending in the latter's favour.

It looks unlikely that we will have a goal-fest on our hands in this Group E meeting. Just one of the last six H2H encounters have finished with Over 2.5 goals total and it looks unlikely that they will be throwing caution into the wind for this meeting. With both sides seeing Under 2.5 goal scorelines in their last three fixtures, this match should not provide

The last three matches involving Uganda have not seen both sides score. For Rwanda, both teams have troubled the scorers just twice in their last ten matches. This has also been the pattern in their last six duels, which has not seen scorers from both sides. As they meet at the St. Mary's Stadium-Kitende, history will repeat itself as a clean sheet will be witnessed in favour of either side.

Uganda vs Rwanda: Check out the best odds and the latest stats

With just one goal scored, Uganda find themselves in second place of Group E rankings. They can move to pole position with another one against Rwanda, provided they continue to clear their lines. It is a testament to the defensive structures Milutin Sredojevic creates and how they have denied their rivals in the progress.

Rwanda also have scored one goal in three qualifying matches but do not enjoy the same lofty ranking. With just one point against their name, they need to get the three points on offer or wave goodbye to their chances of progression from Group E. Vincent Mashami needs his strikers to get out of their profligate form if they are to breach the defences of the Crances, who like Mali, have yet to concede in group fixtures.

Questions About Uganda vs Rwanda 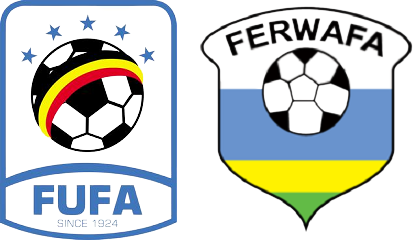 Where is the game being played? St. Mary's Stadium-Kitende (Entebbe).