These two clubs have made bright starts to the new Serie A season and both are just separated by 2pts and four league positions.  Udinese have lost their last two matches and will be looking for a much-improved performance against a Fiorentina side that have won their last two away trips.

Here are our predictions for Udinese vs Fiorentina

This isn't a fixtures that has produced a lot of goals in recent seasons with just one game in their last six producing over 2.5 goals, but we're expecting plenty of goalmouth action on Sunday. At least three goals have been scored in four of Udinese's last six outings and each of Fiorentina's last six fixtures have witnessed over 2,5 goals being scored, which is why we're confident that there will be goals between the pair this weekend.

Udinese have conceded goals in four of their last six matches but have also scored goals in an equal number of those games. Fiorentina have seen each of their last five fixtures end with both teams getting on the scoreboard, so to say that clean sheets have been hard to come by is somewhat of an understatement.

A solitary goal from former Chelsea striker Tammy Abraham proved enough to condemn Udinese to their second defeat in the space of just a few days, following their 4-0 loss at home to Napoli. However, Udinese started the campaign well and if they can rediscover their former from the opening couple of games then they will give Fiorentina a run for their money this weekend.

Fiorentina lost 3-1 at home to Inter Milan in midweek, which wasn't too much of a surprise considering the gulf between the two clubs right now. However, the visitor's last two away trips to Genoa and Atalanta both produced victories and given their recent record against Udinese, Fiorentina will have plenty of confidence that they can win this weekend.

Udinese: the hosts have no fresh injury concerns or suspended players this weekend.

Fiorentina: Gonzalez is suspended for the visitors, while Castrovilli, Venuti and Cerofolini could all miss the game due to injury. 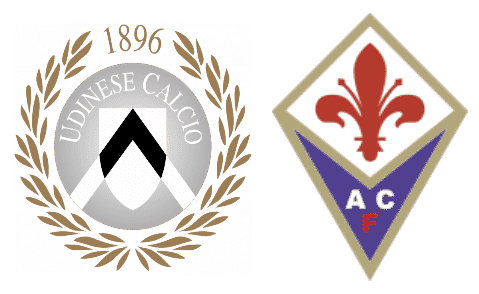