Both of these teams could really do with a win this weekend, more so Cagliari who sit one place and 3pts above the relegation zone in Serie A. When these two sides locked horns in December, Udinese thrashed Cagliari 4-0 in their own backyard, so you can see why the hosts are the favourites to win on Sunday.

Both teams have scored in three of the last six meetings between these two clubs, so there is a good chance that we will see both teams find the back of the net on Sunday. Each of Udinese's last five fixtures have ended with both teams scoring, while three of Cagliari's last six outings have also produced goals at both ends of the pitch.

Deulofeu top scores in Serie A for Udinese this season with 9-goals and we're backing the former Barcelona man to score against Cagliari this weekend. The 28-year-old forward is in good goalscoring form right now having netted 5-goals in his last 10 appearances in Serie A, so if anyone is going to score for the hosts, Deulofeu is the obvious choice.

Before the international break, Udinese gave a good account of themselves away at title-chasing Napoli but failed to come away with any points. Deulofeu opened the scoring for the visitors in the 22nd-minute after good work from Pereyra who claimed the assist. Despite leading at the break, Udinese conceded two second-half goals in the space of 11-minutes and ended up losing the game 2-1. As things stand, Udinese have 30pts on the board and probably need another couple of wins to ensure their place in Serie A next season.

Cagliari might have had the home advantage against AC Milan last time out but they still went into the game as huge underdogs. The hosts put in a solid defensive performance and looked like they might be able to take something from the game. However, AC Milan took the lead just before the hour mark and the hosts failed to carve out an equaliser. Defeat this weekend could see Cagliari drop back into the relegation zone, so even a point would be a decent result.

Udinese: Villar is suspended for Sunday's clash, while teammates Pérez and Santurro are doubts due to injury.

Cagliari: Pavoletti, Marin, Gagliano, Nández and Strootman are the main injury concerns for the visitors this weekend.

Your Questions ahead of Udinese vs Cagliari 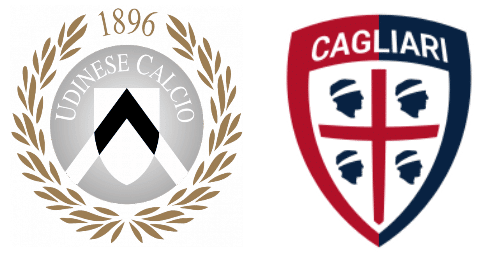