The Top Two Predictions for UCD vs Sligo Rovers

UCD sit bottom of the Premier Division table but could move above Finn Harps on Friday 27th May if they beat Sligo Rovers and results elsewhere go in their favour. Visiting Sligo Rovers occupy 5th-place as things stand and will be hoping to close the gap between themselves and St Patrick's Atheltic by securing all 3pts in Dublin.

At least three goals have been scored in four of the last five head-to-heads between UCD and Sligo Rovers, and we're predicting another action-packed 90-minutes on Friday night. Four of UCD's and four of Sligo Rovers' last six outings in the league have also witnessed over 2.5 goals scored, adding further weight to our second prediction for Friday's clash.

UCD looking to move off the bottom of the table

UCD were away at Shelbourne on Monday night where a penalty from Boyd handed the hosts a 1-0 lead at the interval. Early in the second half, Shelbourne moved two goals clear thanks to an effort from Moylan to which, UCD had no response. Whelan has scored 4-goals in the league for UCD making him the club's clear top-scorer this season.

Sligo Rovers took on Derry City last time out where a goal from Buckley in the 20th-minute put the home side in front. Derry City did get back onto level terms through McGonigle just before the break but a dramatic stoppage-time goal from Keogh won the game for Sligo Rovers. Keena leads the way in front of goal for Sligo Rovers this season with 7-goals and will be the main goal threat for the visitors this Friday.

UCD: Colm Whelan looks set to miss the game against Sligo due to injury.

Sligo Rovers: Max Mata is the main injury concern for the visitors.

Your Questions for UCD vs Sligo Rovers 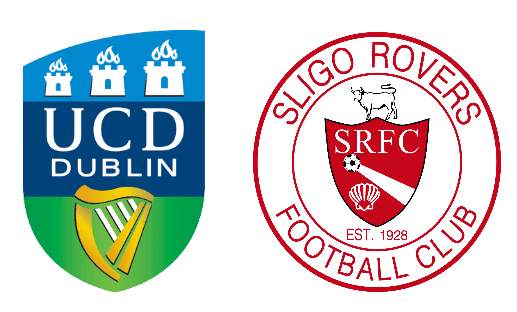