Bohemians haven't had the best of seasons in the Premier Division but they are still the odds on favourites to defeat struggling UCD on Thursday. The visitors occupy last place in the table as things stand with just 9pts on the board and 21 matches played, so you can see just why the visitors are expected to win this game.

All you need to know ahead of UCD vs Bohemians

UCD made the trip to Dundalk on Friday night where a tight and tense first half ended goalless. Just when UCD thought they might be about to put some more points on the board, Dundalk move up through the gears, scoring three times in the second forty-five to wrap up a 3-0 victory. UCD have the worst goal difference in the division and look odds on to get relegated this season.

Bohemians had the home advantage against Derry City in what turned out to be a 5-goal thriller. A solitary goal in the first half handed Derry the lead but Bohemians got back onto level terms through Coote shortly before the hour mark. However, Derry moved back in front in the 60th-minute and went 3-1 up via a Devoy own goal 15-minutes from time. Devoy managed to make up for his error by scoring a goal at the right end of the pitch in the 85th-minute but there wasn't enough time remaining for Bohemians to carve out an equaliser.

University College Dublin Rovers: Colm Whelan is the main injury concern for the hosts and could be out until late July.

Bohemians: Grant Horton and James Talbot could both miss out on Thursday through injury. 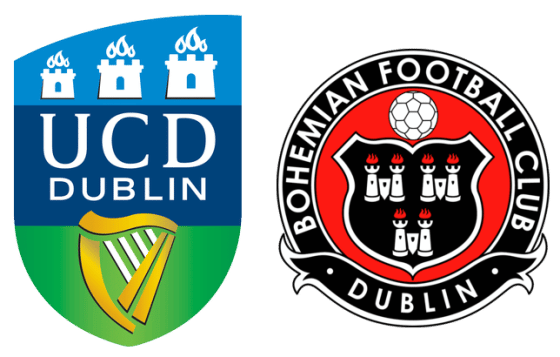