After disappointing results in the FIFA Arab Cup, UAE and Syria renew hostilities in the 2022 World Cup qualifiers. The Qasioun Eagles have no possibility for qualification while their rivals need a win to keep their hopes alive.

UAE started their FIFA Arab Cup campaign with successive victories before running out of steam in their final two outings. One of these victories were against Syria, whom they humble 2-1 thanks to goals from Caio Canedo and Saleh Alhassan. The White Ones will be hoping for a similar result as they look to register their fourth win in six matches. With the Syrians having nothing to play for, Bert van Marwijk's men should not face much resistance.

The reason for UAE's slumber in the Arab Cup was their inability to get on the scoreboard. They were shut out by both Qatar and Tunisia and will look to end their barren run against Syria. The Qasioun Eagles will not arrive in Dubai to make up the numbers and should give them a tough time. However, they have only scored four goals in their last five away outings. Both sides have four and five goals to their names in the qualifying fixtures, respectively and it looks unlikely they will be breaking their shackles in this meeting.

UAE vs Syria: Check out the best odds and the latest stats

UAE vs Syria: Check out the team lineups

UAE's search for a 2022 World Cup berth continues as they host Syria at the Al Maktoum Stadium. They need a perfect record in their remaining outings and hope either of Iran or South Korea lose theirs to get an automatic place. The playoff route is still available for them and Bert van Marwijk will want his charges to start delivering to keep their hopes alive.

World Cup qualification is not easy but it has been tiresome for Syria this time around. They won Group A in the Second Round of Asian qualifiers but have lost their way since. As it stands, they are without a win in their six Third Round fixtures, drawing twice and losing on four occasions. Nevertheless, they will feel confident about their chances against UAE, who they have beaten twice on the road in their last five duels.

Questions About UAE vs Syria 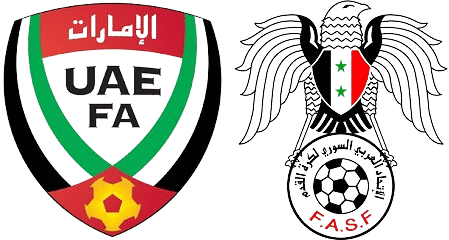 Where is the game being played? Al Maktoum Stadium (Dubai).