Leicester City are one of the favourites to claim the best of the rest title next season in the Premier League. Some are even tipping them to challenge for a place in the top six with the squad they've put together.

Brendan Rodgers has a number of high-quality players at his disposal and the former Celtic boss knows how to get the best out of them. James Maddison and Jamie Vardy stayed put at the King Power stadium while Youri Tielemans made his loan move a permanent one despite interest from clubs playing in Europe.

Ayoze Pérez arrived to add depth to the forward line while, as things stand, Harry Maguire is still a Leicester player. However, the biggest positive for the Foxes could be the fact they have Harvey Barnes for the entire season.

The youngster spent the first half of the 2018/19 campaign on loan with West Brom but made an impact when he returned in January. He impressed so much that he went on to make 16 appearances in the Premier League and signed a new five-year deal with the club in June.

The 21-year-old may have only netted on one occasion but his underlying numbers make him an intriguing prospect. With more time on the pitch, it’s likely those expected numbers will evolve into actual goals and assists.

As soon as this happens, Leicester will have a serious player on their hands.

Last season, Barnes averaged a remarkable 0.69 expected goals contribution per 90. The metric combines expected goals and expected assists to essentially quantify how involved a player is in the final third.

While he didn’t top the list in the English top flight, Barnes' average exceeded the likes of Callum Wilson, Raul Jiménez, Romelu Lukaku and Gonzalo Higuain managed despite that quartet being out and out strikers. 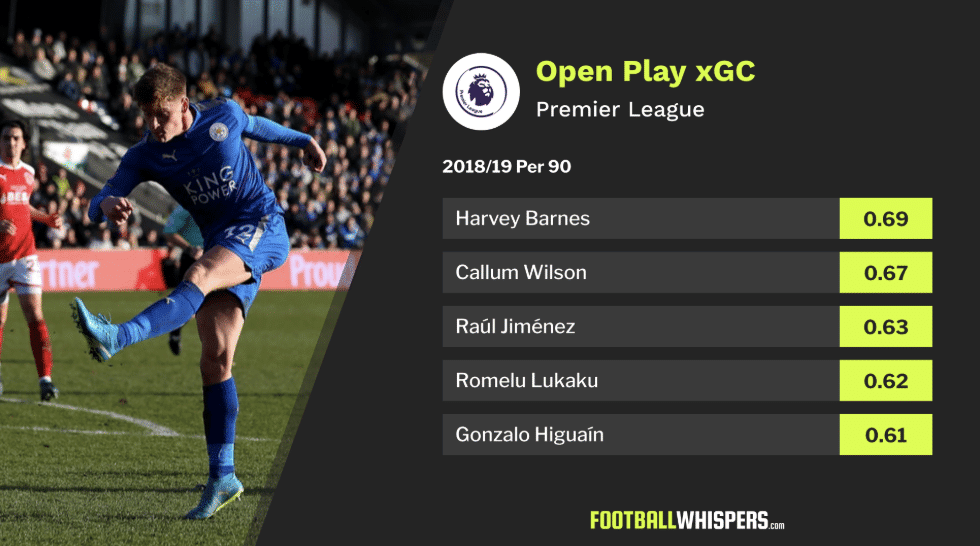 Barnes had an expected goals average of 0.44 per 90, a stat only Vardy could better within the Leicester team. It's clear he's a goal threat but his finishing needs to improve.

He landed just 25 per cent of his efforts on target and his post-shot expected goals average, a metric which looks at where the shot lands and not just where it was taken from, dropped to 0.25.

His shot placement is taking value off his efforts. But as previously mentioned, the more experience he gets, the sharper he'll be and the more goals he'll score.

But Barnes isn't just a potential goalscorer. The 21-year-old is also something of a creative force. To go with his 0.25 expected assists per 90, the Leicester forward is also someone who beats a man and carves out opportunities that way as opposed to just relying on defence-splitting passes. 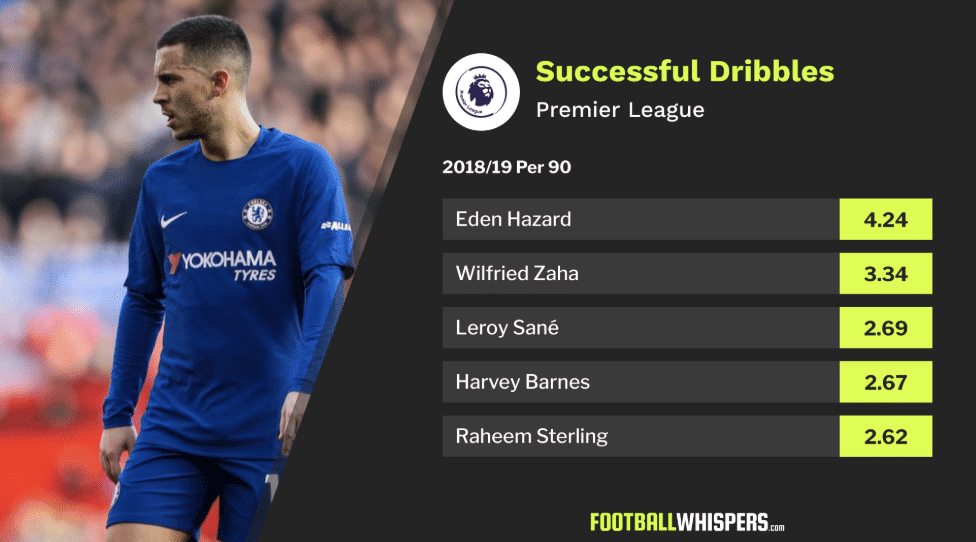 Last season, only three players completed more dribbles per 90 than Barnes. For added context, Eden Hazard has since joined Real Madrid for close to £100million, Wilfried Zaha is being linked with an £80million move away from Crystal Palace while Bayern Munich want to sign Leroy Sané and are prepared to pay north of £100million to land him.

They are the trio above Barnes and all are worth in excess of £80million. That alone suggests if the 21-year-old keeps progressing at his current rate, that sort of valuation could soon be placed upon him.

All eyes will likely be on Maddison, Tielemans and Vardy when Leicester come up against teams. But it's Barnes who could be the match-winner for the Foxes on numerous occasions next season. Rodgers has experience with goalscoring wide forwards, too, and knows how to nurture them and get the best out of them.

He helped turn Scott Sinclair into the player he is and played a part in Raheem Sterling becoming a £50million-rated teenager.

Barnes could be the next player to graduate from the Rodgers school of wide forwards and he could be Leicester's brightest talent yet.