Matt Lorenzo is a journalist and TV presenter of more than 30 years. He is also the anchor for Football Whispers TV and here he shares his experience and anecdotes from a career at the top.

Nevertheless, we hold our TV Sports presenters in such awe that many of them become celebrities and earn as much respect and money as brain surgeons.

Which, having been in the game for 30 years, still strikes me as a bit silly.

The simple truth is it’s really not that difficult. And we presenters will carry on getting away with murder as long as no one finds out.

You don’t need much talent to master the basics. It's easy to learn the trick of having someone saying something in your ear while you are saying or doing something else. It's as easy as watching the telly when your mum shouts to say your dinner’s ready. You can hear what she's saying, but you haven't missed a syllable of Clive Tyldesley’s patter either.

What about all those instructions and having to listen to loads of people barking out orders and giving countdowns in the gallery? That’s easy too. As a rule, you can ignore pretty much all of it until someone starts to scream. Only then should you really start to pay attention. Nothing else is all that important. If it was, they’d be screaming.

Of course it’s not quite so simple the first time you try it. But it gets a lot simpler the more you do it. And the more you do it the more the uninformed will think you’re really skilled at what you do. Skilled at reading the script someone else has spent hours working on. Skilled at repeating the question that someone's just whispered in your ear. Skilled at talking about last night’s football. Skilled at shuffling a few papers, saying “See you after the break,” and then moving your mouse around determinedly as you stare, apparently absorbed, at a hidden computer screen which, likely as not, is displaying your Facebook page.

A bit of preparation never goes amiss of course. Although some can’t even benefit from that. Take the, let's keep her unnamed, Sky presenter who announced that Pat Cash had beaten Tim Henman “three none,” and later that Sergio Garcia had “bog-eyed the 14th.”

Some of my colleagues at Sky Sports News weren’t blessed with the most extensive of sporting backgrounds. For some the prospect of a cricket read brought on a cold sweat. They might as well have been reading Polish. It's to their credit that talking blind rarely fazed them.

Not that I’ve never been caught. I remember being given the French rugby team for a Six Nations game to announce at very short notice. I read out the list, 15 names and six subs. Six subs? During the break I checked the copy. Oops. I’d given everyone a proper French pronunciation. Including ‘Bench,” or “Banche” as I put it. When “Bench” would have been better. Seeing as I was talking about the thing the subs sit on. Brilliant

Some pundits, however, have a genius for winging it. I was tasked with hosting an obscure one-day cricket international which started very early on a Sunday morning. Phil Tufnell was the guest. I knew Phil liked to enjoy his weekends so I suggested that maybe he go out for lunch instead of for the evening. That way he could get home at a reasonable hour and get an early night in.

Needless to say Tuffers went out at lunchtime and then stayed out all night.

He arrived at half six looking a little worse for wear. A fry up helped put things right, and we opened the show with a reasonable discussion prior to me handing to the commentators. Whereupon Phil put his feet up on the desk and was fast asleep in less than 30 seconds. And that’s where he stayed right through to lunch. I welcomed everyone back after the break and watched in awe as Phil described the morning’s highlights, including the replays, without missing a beat. And he hadn’t seen a ball bowled. 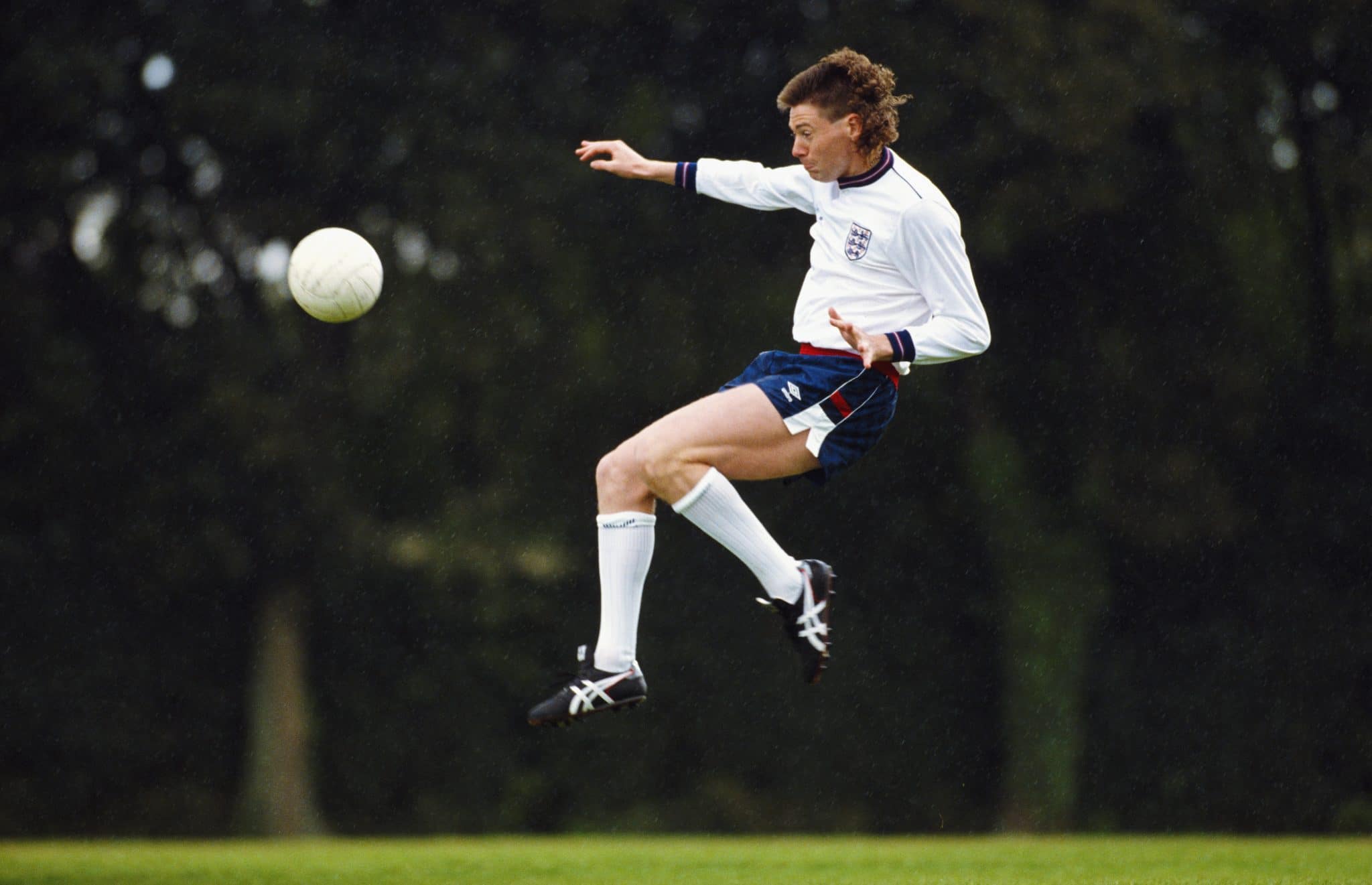 It helps if you expect the unexpected. Years ago I was interviewing Chris Waddle live for a weekend preview show. Two minutes in he started to giggle. I found this odd as I hadn’t meant to say anything funny. But Waddle was in fits. I looked over my shoulder to see Paul Gascoigne standing behind camera three. With his shorts, and underpants round his ankles. That set me off. And there was no way anyone at home was going to get an explanation.

I’ve reached an age now where people are kind enough to call me experienced rather than a veteran. Having been around for a while tends to give you the edge over some of the younger pretenders. I first worked alongside Simon Lazenby when he was young, enthusiastic and precociously good at his job and yet could still have passed quite comfortably for a sixth former.

The trick when they give you the count to stopping talking is to make sure you are the one talking when the count hits zero. Which is why I was able to say Goodbye from both of us and then ask Simon if his mum was picking him up. Seconds out. No right of reply. Just a look of horror on his face and a story to tell in the bar afterwards.

Talking out loud. Don’t tell anyone but that’s all it is. It definitely ain’t brain surgery…