Tusker will be determined to stay at the top of the table when they play the coming engagement of the Kenyan Premier League against Posta Rangers. The Mailmen are on a winless sequence of five games ahead of this duel.

Tusker to rise above Rangers

Tusker has been brilliant in their recent outings with a long undefeated streak winning three of the last five attempts. On the other hand, Posta Rangers are out of the track and have lost the last two games in a row. The Mailmen registered back to back wins in the recent H2Hs but the recent form of away outings doesn’t favour them, winning only one of the previous five. In addition, the Brewers have lost only once in the last five hosting H2Hs against Posta Rangers. Hence, we set Tusker as our favourite to win this game.

Goals galore at the Ruaraka

The Brewers have scored two goals in each of the last two games adding a total of seven goals in the previous five outings. Posta Rangers have found the back of the net only three times in the last game but the visitors leaked the goals consistently as well. So we believe that Tusker will continue their current attacking form and contribute to a high-scoring end in this game.

Tusker vs Posta Rangers: Check out the best odds and the latest stats

Tusker vs Posta Rangers: Check out the team lineups

The Brewers finally got back to the winning track in the last game where he defeated Bidco United with a score of 0-2. Having the most number of wins, 17 Tusker are first in the table with 60 points. The team is equal to the second on points but the difference of four GD points can help them rest at the top.

The Mailmen conceded the third defeat of the last four home attempts in the last game against Wazito, losing the 1-0 lead in the first half to 1-2. Posta Rangers have won 11 games of the 32 attempts of this season and secured the twelfth position in the standings. The club manager Patrick Aussems will have zero injury concerns in the team ahead of this game.

Questions About Tusker vs Posta Rangers 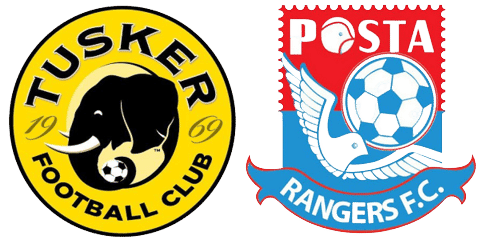 Where is the game being played?  Ruaraka Stadium; Nairobi, Kenya.