Turkey sit top group G at the moment but with the top of that group congested qualification is far from nailed on. A win here would take them another step closer but can they get it? Find out with our Turkey vs Montenegro match preview with free tips, predictions and odds mentioned along the way.

Turkey to be too strong for Montenegro

Turkey might be top of the qualification group but their recent form is poor. The good news is that form is largely underpinned by defeats at Euro 2020 where they faced good teams. Meanwhile, Montenegro have form that barely reads much better given they've not won in three games despite facing, on paper, much lesser sides in Israel, Bosnia and Norway. You'd expect that Turkey have learned a thing or two off the back of the Euros and, also, their home form is strong too; they've not lost in eight matches on their own patch.

Montenegro to struggle in front of goal

In our next tip we're backing Turkey to keep a clean sheet. It's something they've done in their last two home games whilst Montenegro have found goal scoring a challenge of late with just one goal scored in their last three matches. In fact, if you focus purely on the away form Montenegro have shown it makes even worse reading. In their last 10 road games they've scored a total of seven goals and have failed to find the net on five occasions. Oh, and they blanked last time they played in Turkey too.

Cengiz Under to notch

The final prediction in our trio of free tips is for Turkish wide man Cengiz Under to notch at anytime. He was involved in every game at Euro 2020, which shows he's important for the team but since then it's been all change for the former Basaksehir man. Jose Mourinho arrived in Rome and gave the all clear for him to join Marseille on loan. Since joining the Ligue 1 side he's bagged three goals. Under is very much riding the crest of a wave at the moment so if a chance – or even a half chance – drops his way there is a real chance he'll bury it.

The best odds for Turkey vs Montenegro

Turkey to bounce back from disappointing Euros

Turkey had been in good form prior to the European Championships but that decent run ended in the summer with three group stage defeats. Despite that, they'll be confident of getting the better of Montenegro here. Not only do they hold home advantage but Montenegro have only won four of their past 10 matches making them far from unbeatable. In terms of players to watch, our goal scorer prediction, Cengiz Under, is a man in form for Turkey whilst Marko Vesovic might be given the job of handling that threat.

Final thoughts on Turkey vs Montenegro 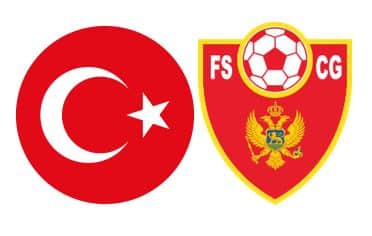