Turkey might sit third in their group but if they win their last two games they'll be guaranteed a top two finish owing to the fact the current top duo have to play each other. Can they get the first of two vital wins here? Find out with our Turkey vs Gibraltar match preview with free tips, predictions and odds mentioned along the way.

Turkey vs Gibraltar: Our top tips

This is a big prediction to make with Turkey such enormous favourites but we think there is a chance Gibraltar hold them until the break. Why? Well, firstly, that's exactly what happened last time the two nations met. In fact, Turkey rarely impress in the opening 45. None of their last four meetings have seen them ahead at the interval. Gibraltar are obviously facing a huge battle to simply remain in this game having lost nine of their last 10; that's where the FT Turkey comes in.

A slow start will see things level at 30

Next up in our tips is the fact we fancy this game to be level at the half hour mark. We've already touched on Turkey being slow starters and the fact that the last head to head saw things level through to half time and that all supports this pick too. On top of that, two of Gibraltar's last four away games have seen them keep the back door shut until beyond the 30 minute mark. There is a big quality difference between the sides but this bet offers value for sure.

Our final tip is another one that looks to exploit value in what are heavily weighted odds in Turkey's favour; that's what we're backing Gibraltar to score over 0.5 goals. It's far from an impossibility. They've scored three goals in qualifying so far including netting against Norway and Montenegro, who are no fools. On top of that, they're facing a Turkey side that has far and away the worst defence in group G (barring Gibraltar). If Turkey do run away with it like the bookies predict then complacency could be Gibraltar's best option.

Find the best odds for Turkey vs Gibraltar

Turkey have their Qatar 2020 World Cup dream in their own hands right now. With two group games left though they'll need to improve on the two wins from the last five they boast currently. Thankfully for them, standing in front of them first is a Gibraltar side that have taken zero points from their first eight games in qualifying. With Hakan Calhanoglu pulling the strings it should be a case of when the break through comes rather than if but they need to ensure they're professional.

FAQ on Turkey vs Gibraltar 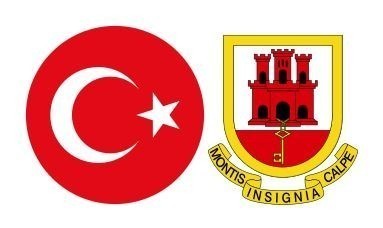