Turkey begin their warm-up for the European Championship with a home friendly against Azerbaijan in which the hosts will be hoping to build their confidence up with a win. The visitors haven't won any of their last eight international games but have managed to beat Turkey, so we're expecting a competitive 90-minutes.

Read on for our full match preview and prediction for Turkey vs Azerbaijan.

Our Best Betting Tips for Turkey vs Azerbaijan

Turkey have won six of their nine previous encounters with Azerbaijan and five of those victories have been accompanied by a clean sheet. The hosts have won three of their last five international matches, beating the likes of Norway, the Netherlands and Russia, while Azerbaijan are without a win in their last eight matches and have lost their last three games against Serbia, Qatar and Portugal. The visitors have also failed to score in four of their last six fixtures.

Under 2.5 goals have been produced in five of the last six meetings between Turkey and Azerbaijan and we're expecting another close and competitive 90-minutes between the pair on Thursday. Four of Azerbaijan's last six outings have also seen fewer than three goals scored, so while the visitors don't score many goals they don't concede a lot either.

With Cenk Tosun out injured, the brunt of the goalscoring responsibilities lies at the feet of veteran forward Burak Yilmaz. Yilmaz has netted 28-goals in 66 appearances for Turkey and looks set to lead the line on Thursday. Coming off the back of winning the Ligue 1 title with Lille, Yilmaz is bound to be full of confidence and we're backing the striker to score against Azerbaijan.

Turkey looking to build up moment ahead of the Euros

Along with Yilmaz, Turkey have a selection of recognisable names in their squad including, Hakan Calhanoglu and Cengiz Under, both of whom offer goals and creativity from midfield. Kaan Ayhan, Caglar Soyuncu and Ozan Kabak have all been called up in defence, while in goal Mert Gunok of Istanbul Basaksehir is most likely to start the game. The hosts have a good mix of youth and experience in their squad and more than enough goals in them to defeat Azerbaijan, even without the injured Cenk Tosun.

What Azerbaijan lack in goals they make up for in experience and should prove tough to break down if they play their expected deep-lying defensive line. Ramil Sheydayev and Mahir Emreli offer a goal threat up top, while Namik Alaskarov is the most experienced midfielder with 22-caps. The defence will be lead by captain Maksim Medvedev and the experienced Badavi Huseynov, while Emil Balayev or Shahrudin Mahammadaliyev will start in goal. Only one of the Azerbaijan squad plies their trade outside of their homeland, with Anatoliy Nuriyev playing for Ukrainian side Mynai. 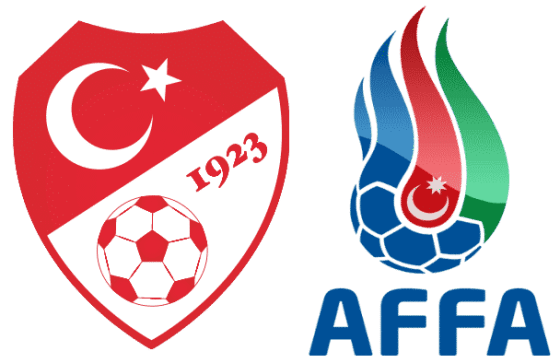