Tunisia hosts Mauritania for the third CAF Group B World Cup qualifiers fixture. These teams will meet again four days later when it will be Mauritania’s turn to host Tunisia for the return leg. Find out how we are tipping these teams to perform against each other in this first leg.

This will be the sixth meeting between Tunisia and Mauritania since November 2015. The question is who will win this important World Cup qualifier match? Find out in our match predictions and tips below.

We are tipping victory for Tunisia in this match. The hosts have bagged three wins and two draws in the last five encounters with the visitors. Home advantage a good run of form should play in favour of Tunisia in this match. Mauritania is currently struggling with form and we don’t see them winning this one.

Tunisia to win with a clean sheet

Our third pick is a low scoreline at full-time. Three of the five meetings between these teams ended with fewer than three goals. Tunisia’s victories against Mauritania were at home, two of which saw more than two goals. We don’t expect an easy game for the hosts so a few goals at full-time is a plausible outcome.

We have put together tables summarizing the latest team stats, bookmakers with the best odds and H2H information for these teams as follows:

Tunisia Looking to Extend Lead at the Top

Tunisia currently tops CAF Group B World Cup qualifiers with six points and five goals. Tunisia has not conceded a goal after two games and look to extend the lead. Three consecutive victories for Tunisia coming to this fixture and home advantage should equally motivate the hosts when they host Mauritania on 7th October. The hosts have never lost a match to Mauritania in the previous five meetings, winning three and drawing two.

Tunisia is ranked among the best five African national soccer teams. Overall, Tunisia is 25th on the FIFA list while Mauritania comes a distant 104. A big worry for the visitors in this fixture is their shaky form, having lost the last two games. Mauritania has zero points after two games and has scored only a goal. They have leaked three goals in the first two games. 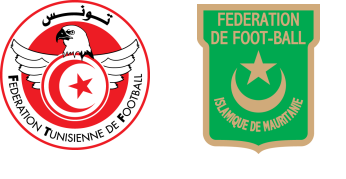 How did the last meeting between Tunisia and Mauritania end?

Tunisia bagged a 1-0 victory against the visitors in the last meeting. The match was a club-friendly fixture played at home in Tunisia in September 2019.

What time will this match kick off?

Where will the match be played?

The game will be played in Tunisia’s capital of Tunis.